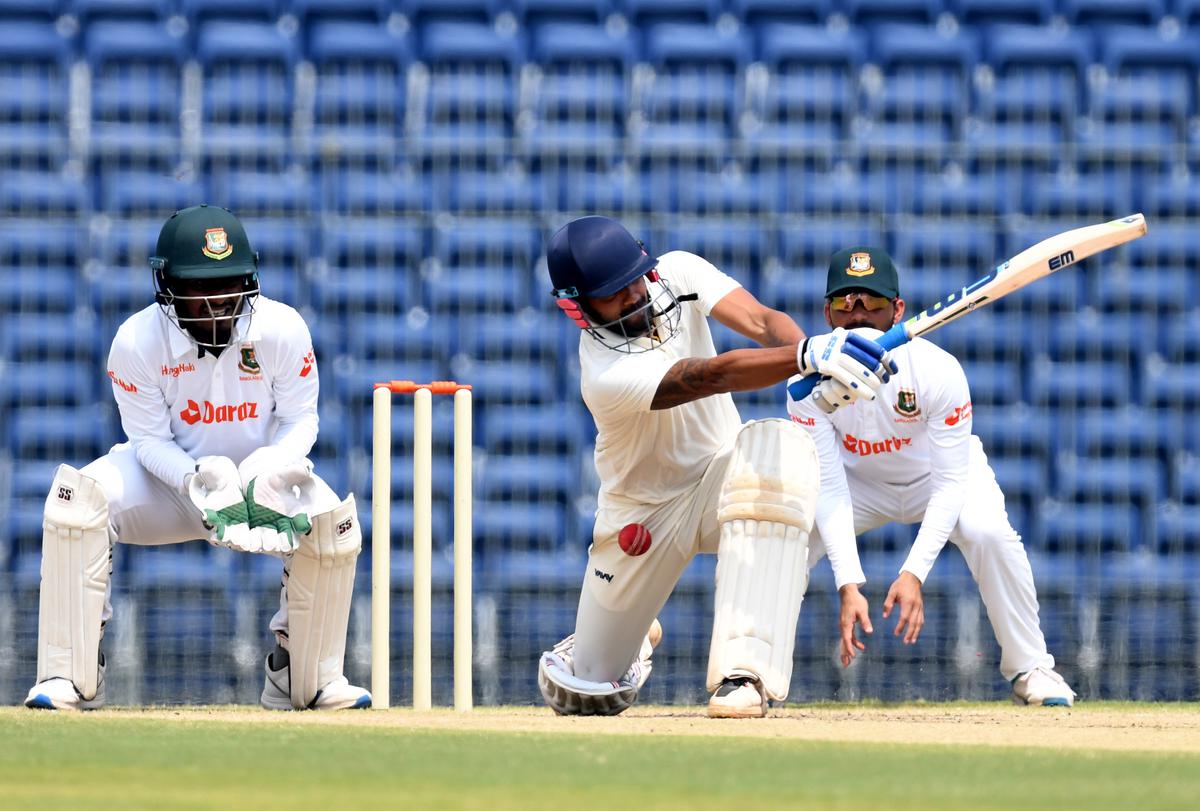 CHENNAI: On a day marred with rain interruptions, Bangladesh XI showed the calibre of a side with international experience to come within four wickets of an innings victory against Tamil Nadu XI at the end of the third day’s play here at the M.A. Chidambaram Stadium on Thursday.

TN resumed the day on 82 for seven and batted just about six overs before it was bowled out for a paltry 93. Forced to follow on, TN finished the day on 133 for six in the second innings, needing to score another 123 runs to make the visitors bat again.

Asked to bat again, the hosts’ efforts in the second innings did not go as per plan either as pacer Syed Khaled Ahmed knocked over opener N.S. Chaturved in the second over of the innings.

In the final session of play, Islam (3/51) struck thrice to leave TN struggling at 71 for five before Adithya Ganesh steadied things with a patient unbeaten 41.

US designates Pakistan, China, Myanmar and nine others as countries of particular concerns for religious freedom violation