Since Shaheen Shah Afridi bowled KL Rahul, trapped Rohit Sharma in front and finished off the job when he had captain Virat Kohli miscue a bouncer to the keeper last October in a Group game of the T20 World Cup, a lot has changed in Indian cricket. 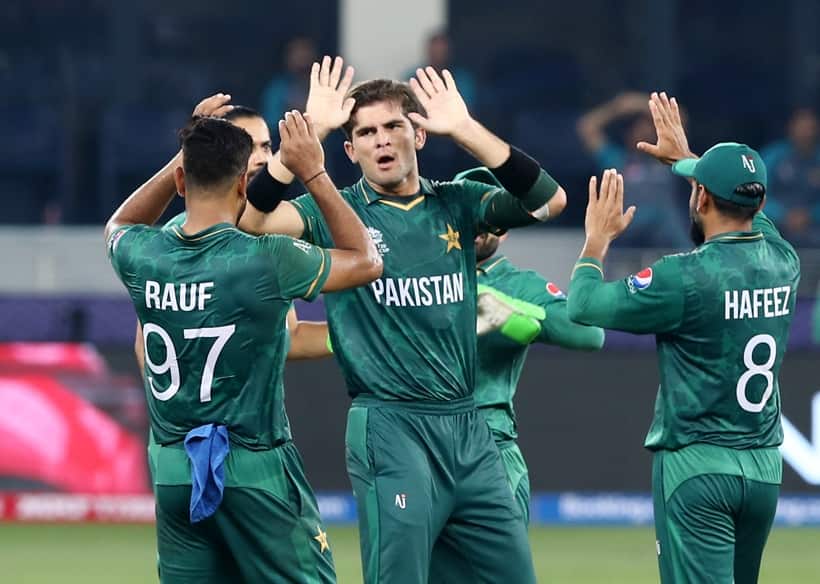 A slew of experiments followed, in terms of personnel, batting spots but India have stuck to the tried and tested and the few changes have been brought about because of injury.

What has changed though is the Indian team’s batting approach – from keeping wickets in hand and waiting to accelerate towards the second half of an innings to going all out from the word go.

Over the past year, what has also changed is the shift in balance of power, ever so slightly in Pakistan’s favour. 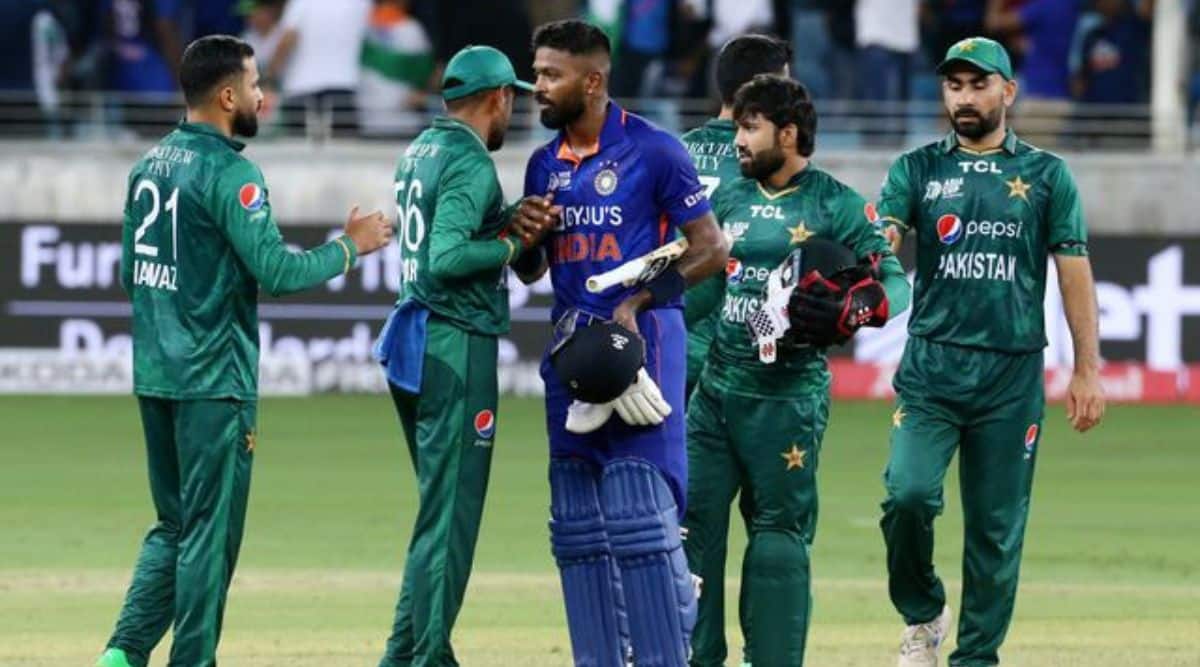 India vs Pakistan on Sunday. (Reuters)

Pakistan’s 10-wicket win in last year’s edition was their first in World Cups against India. The two teams played twice at the Asia Cup and finished 1-1. Both were close contests – India won the first match with two balls to spare, Pakistan crossed the line with a delivery left. But by reaching the final, where they lost to a spirited Sri Lanka, Pakistan came off looking better.

A third contest between the teams in less than two months is a fan’s delight. On Sunday, India and Pakistan will face off at the 90,000 capacity Melbourne Cricket Ground in a sold-out game of this edition of the T20 World Cup. 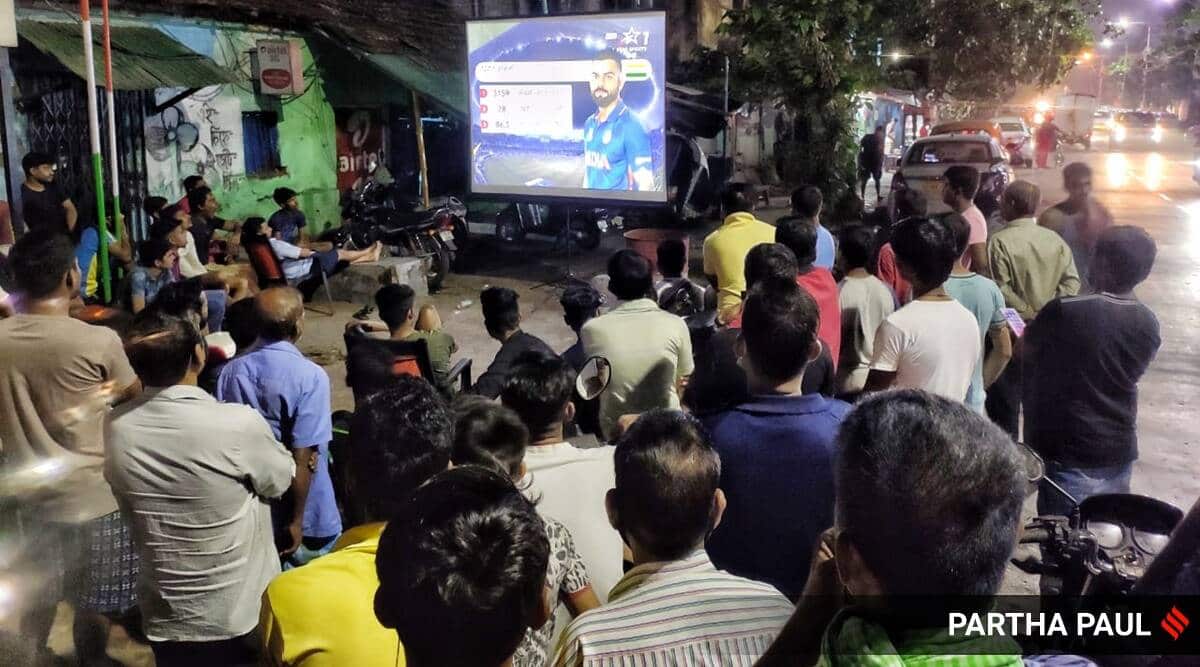 Fans will be eager to watch India vs Pakistan in the ICC T20 World Cup 2022. (Express Photo: Partha Paul)

Captain Sharma, tasked with ending India’s trophy drought at ICC events, spoke about India’s failure to reach the semi-finals a year ago making the team think tank get back to the drawing board.

The Indian team prepared a roadmap for ending the trophy drought. The team meetings not only became longer but also more frequent; powerpoint presentations and data analysis became a norm. Batsmen and bowlers spoke to each other to share ideas. 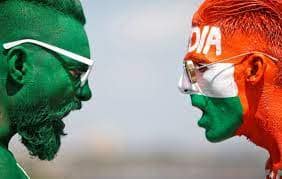 India will take on Pakistan at the MCG on Sunday. (AP)

The players were also asked to move out of their comfort zone. Suryakumar Yadav was asked to open against West Indies four times. He was promoted to keep him prepared in case he had to open at any point in time. Yadav was not the only one being challenged. Rishabh Pant and Deepak Hooda too were asked to open. Ahead of the game, Sharma said the key was to back players. “Giving the boys the freedom and security was very important. To let them know that they can do the job for us, without them worrying about their place in the team. If your mindset is right, you can go out there and perform fearlessly. Winning wasn’t as important as that for us in the lead up to this WorldCup,” Sharma said.

🗣️ 🗣️ Representing India is a huge honour; leading the side in the #T20WorldCup is an icing on the cake for me: #TeamIndia captain @ImRo45 pic.twitter.com/i44BTdZCSy

Post India’s exit from last year’s T20 World Cup, the team management took a conscious decision to fly early to Australia while a second-string side played South Africa in the One-Day Internationals at home.

Snapshots from #TeamIndia‘s training session at the MCG ahead of #INDvPAK tomorrow 📸📸 pic.twitter.com/yR17Sku8Se

Sharma said the team management wanted to give players as much time as possible in Australia ahead of the World Cup. The team landed in Australia two weeks in advance and played warm-up games. “This was a conscious decision from the BCCI and team management after the last tournament. We knew where the World Cup was happening, so we wanted to come here (early) and get used to the conditions. A lot of the guys in the team had not played before in Australia. That was a key decision. Getting acclimated to the time zone. I thought the way we prepared in Perth, we were lucky enough to get that time,” the Indian opener said.

The Indian captain also said that he was open to changing the playing XI as the tournament progresses. “I certainly want to keep my mind open on playing XI. We don’t want to get stuck with one particular way of making your playing XI. We want to be open about it. If we have to change one or two players in every game, we’ve got to be ready for it,” Sharma said.

It wasn’t a match day but hundreds of Indian fans turned up to watch #TeamIndia nets today at the MCG. 🇮🇳🥁👏#T20WorldCup pic.twitter.com/z3ZiICSHL8

The changes could be made depending on how a player stacks up against a particular player from the opposition. “That’s how we have prepared all our guys as well. The message was given long before we came here that if we need to change one or two players for the match-ups, for what sort of conditions we are playing in, guys will be ready for it. So, it’s not a last-minute thing where we are changing the players. This is the talk that has happened in the team long way back, and guys are ready for it.”

The Indian captain also said that he won’t always go purely by match-ups. “To be honest, it’s a bit of both (match-ups and instinct), actually. You have got to be instinctive, as well. Sometimes you just have that feeling that this is the guy who will do the job for you.”

The last time the two teams met at the T20 World Cup, Afridi delivered for Pakistan. Afridi’s returning from an injury lay off but the Pakistan team possess excellent fast bowlers who can make full use of the conditions in Australia. But like Sharma said, India are in a “in a good position right now” compared to last year.

We will soon have dedicated women’s department in AIFF: Shaji Prabhakaran

“We are entering 2023 with sheer optimism and a renewed vision”: Realme India CEO Madhav Sheth – Times of India

Police Did Not Help, Should Be Curbs On ‘Mobile Apps’: Shraddha’s Father Addresses Media

The Surpisingly Imprecise History of Measurement – The Wire Science