Hockey Australia, in an official press note, informed that the Men’s team will take on world number one ranked Kookaburras in a 5-match series between 26 November and 4 December 2022 at MATE Stadium, the home of South Australia’s Hockey One League franchise, Adelaide Fire.

The Indian men’s team, currently ranked 5th in the world, is coached by Australian and former Kookaburra Graham Reid. They will leave for Australia after playing back-to-back double-headers against Spain and New Zealand in the FIH Hockey Pro League 2022-2023 season in Bhubaneswar, Odisha. 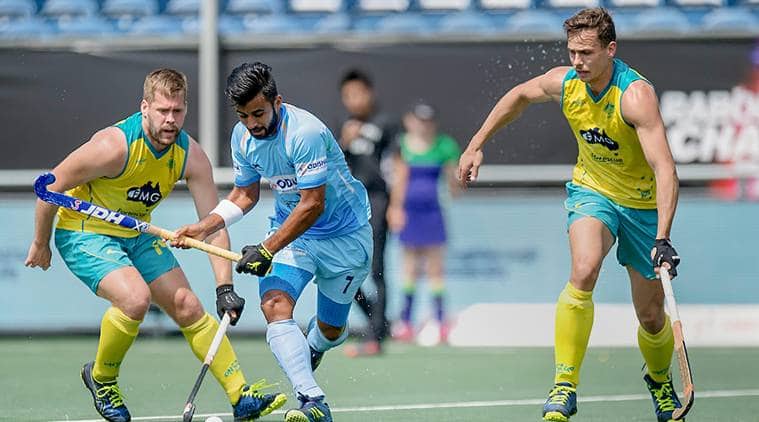 It will be the first international matches the Kookaburras will have played since they beat India for the Gold Medal at the 2022 Commonwealth Games in Birmingham, UK. (Source: AP)

“This is a great opportunity for both the Indian Men and Women’s Team as these matches will serve as an ideal preparation ground ahead of marquee events like the FIH Odisha Hockey Men’s World Cup Bhubaneswar-Rourkela 2023 and the Asian Games next year,” stated Hockey India newly elected President Dilip Tirkey.

“Playing against a world-class team like Australia will prove beneficial for both our Men and Women’s Hockey Teams. I wish them the very best, and thank Hockey Australia for organising these Test matches.”

It will be the first international matches the Kookaburras will have played since they beat India for the Gold Medal at the 2022 Commonwealth Games in Birmingham, UK.

While the Hockeyroos vs India series is scheduled to take place in May 2023 (dates to be confirmed).

The series will be the first time the Kookaburras have played in Adelaide since a Test Series against Malaysia in July 2009.

A senior national Indian hockey team has not played in Australia since the 2018 Commonwealth Games on the Gold Coast.

“Australia and India have developed a fierce rivalry on the hockey pitch in recent times. Coupled with there being a large and passionate Indian population in Adelaide, there is no doubt this series will be a hot ticket to get hold of and attract terrific crowds,” Hockey Australia CEO David Pryles said.

For both men’s teams, the series will be invaluable hit outs in preparation for the 2023 Men’s World Cup being held in India in January.

Even in his eighth decade, Farooq Abdullah still the only charismatic J&K politician | India News – Times of India