After lunging full-throttle onto the crease, whipping up a plume of dust, Dasun Shanaka scrambled back on his feet, and furiously punched his fists in the air. Shortly, his partner Bhanuka Rajapaksa, who had made a full-stretch dive himself at the other end to complete the double that put Sri Lanka in the Asia Cup final, past India by six wickets, leapt onto him. In a twinkling second, their teammates piled over them. 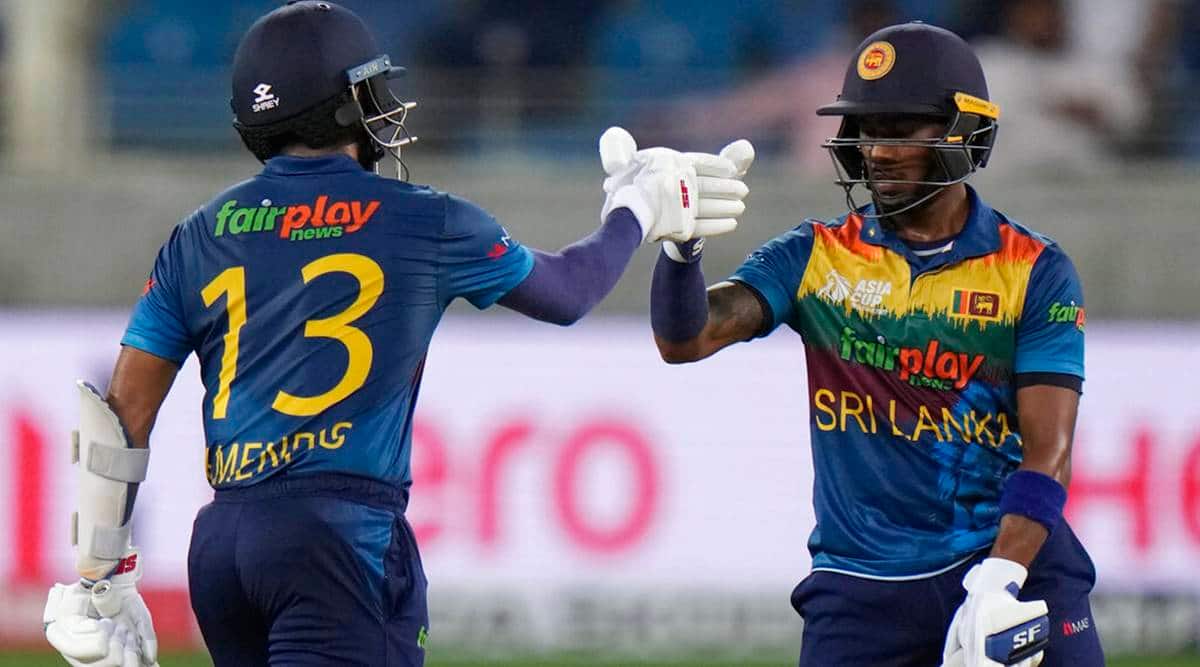 No one had expected Sri Lanka to reach this far. Before the tournament, they had lost 10 of their 14 T20 games. The shoddy defeat at the hands of Afghanistan in the group game convinced the world that they would make easy fodder for the favourites. India were one of them—and after successive defeats in the Super Four leg, their prospects of reaching the finals are slim, and not in their hands. But it’s the time to celebrate the spiritedness of Sri Lanka rather than mourn the falling of giants. The Lankan victory had a retro feel—an un-fancied group toppling the giants, the old David slays Goliath trope, their knack of spoiling the best-laid plans and scripts, that characterised the Sri Lankan of the early 90s.

This campaign, they had been clumsy, unwieldy and ungainly, but when on the edge, they mustered a rare courage. As they had against Bangladesh, Afghanistan, and now India. Typical of them, they stopped hearts en route to their six-wicket win over India. The start, in pursuit of 174, was emphatic. Pathum Nissanka and Kusal Mendis rattled out 97 runs in 11.1 overs to lay the launchpad with unabashed hitting, evoking memories of Sanath Jayasuriya and Romesh Kaluwitharana.

But then struck a familiar, unavoidable chaos. As only they could these days. In the space of 13 runs and 16 balls, they lost four wickets. Hope renewed among the Indian supporters in the stance, while shock flashed across the faces of Sri Lankans. But they might not have been entirely surprised by the unravelling, had they seen Sri Lankan cricket in recent times. They can lose from winning junctures, and equally, win from losing junctures. A bit like in the 90s.

But Rajapaksa and Shanaka allayed fears with matured batting in an undefeated 64-run stand. Two understated cricketers, they illustrated total calm. Shanaka embraced the anchor role and Rajapaksa the counterpuncher. 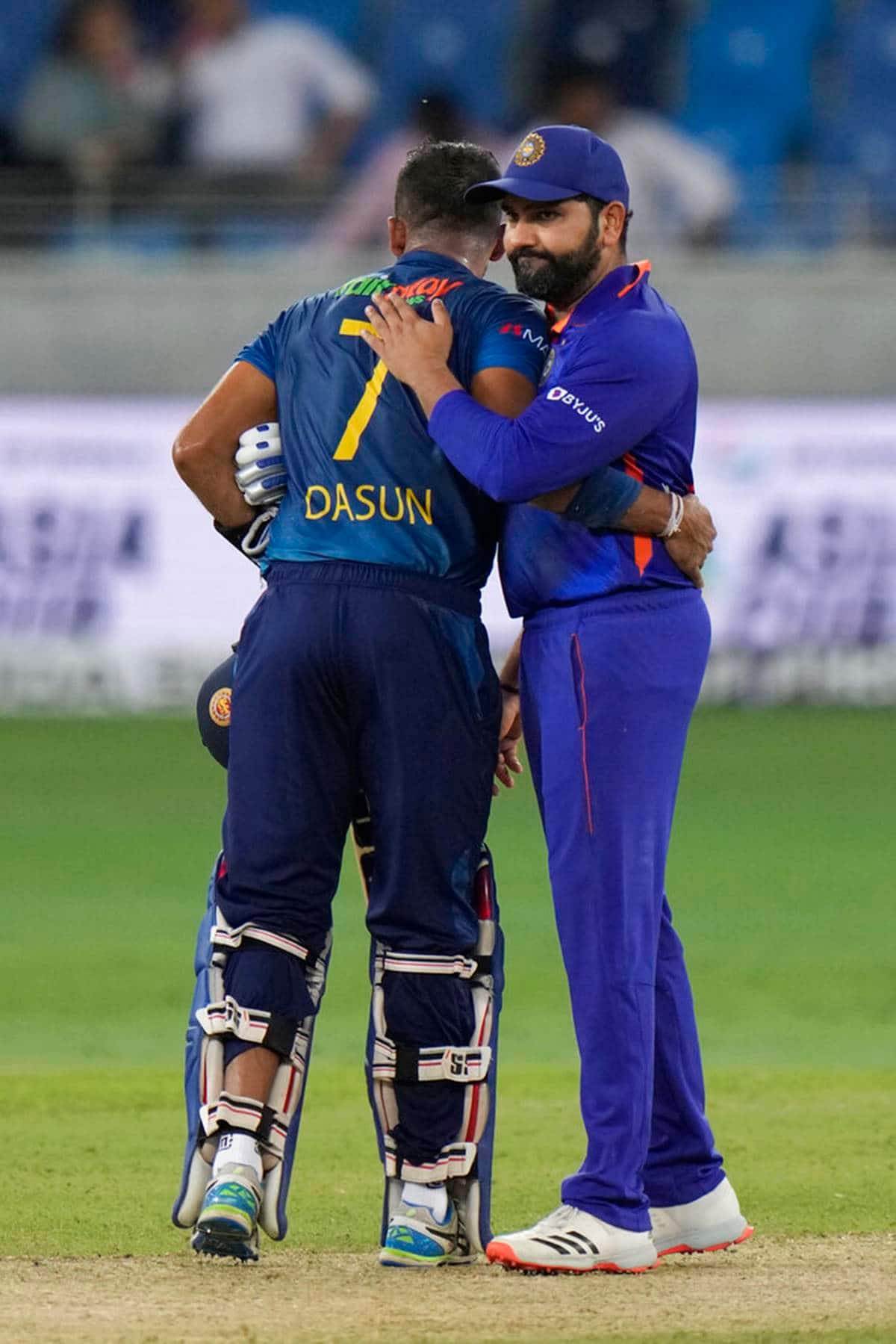 To revert the pressure back on India, he pummelled Ravichandran Ashwin and Yuzvendra Chahal, the orchestrators of the collapse, for a six each. They would happily block the balls, but ensured that they fully punished the loose balls. Somehow, they always managed nine to 10 runs an over, targeting bad balls rather than specific bowlers.

There was luck—twice did Shanaka’s edges fly past the vacant slips for fours in the eighteenth and 19th overs. But he unleashed powerful strokes too—he clubbed Bhuvneshwar Kumar through extra cover and glanced Hardik Pandya over the fine-leg fence. In the end, albeit the frantic running between the wickets, it was a composed finish.

But Sri Lanka would have ended up chasing a steeper total but for the timely blows of Dilshan Madushanka. With the fourth ball of his third over, he devoured Virat Kohli with a well-weighted in-swinger. After setting him up with a barrage of out-swinger, he slipped in his first in-swinger. It swung down the leg-side to be adjudged wide. But the next in-swinger had laser-guided precision—-it landed on off-and-middle stump and bent a fraction inwardly to blast his stumps, past an agricultural swipe. 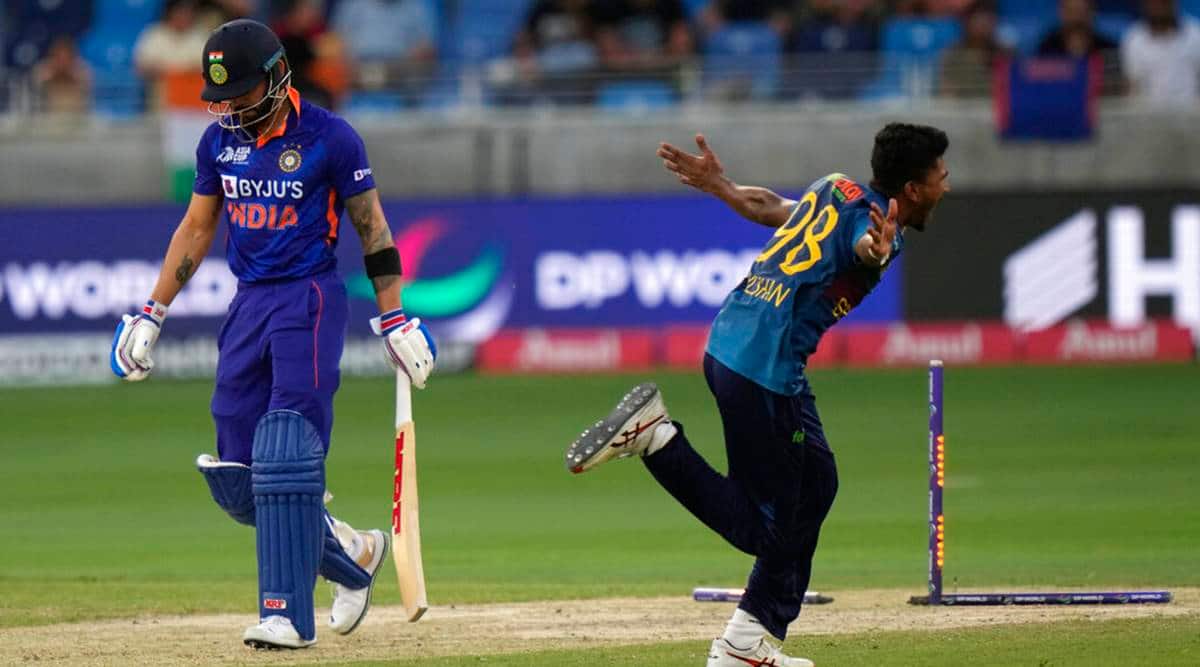 Then he returned to snap the wickets of Rishabh Pant and Deepak Hooda. Pant was looking dangerous, having struck three fours in his first five balls he faced. It was a slower, short ball that Pant threw the proverbial kitchen sink at, but was deceived by the lack of pace as well as the angle of the ball. Two balls ago, he had ejected Hooda, another devastating batsman at the death overs, with a length ball.

The skipper Shanaka pulled out another masterstroke. It was to bring himself on. A reluctant bowler, his medium pace could be innocuous on a slow pitch. He explained the rationale behind it: “It’s due to the team combination, so I haven’t been bowling my quota. I need to make the best decision the team needs.” He needs a rethink, for he is better than what he thinks he is.

He slowed himself even more, making it incredibly difficult to time him. Suryakumar Yadav tried to ramp him, a stroke that he executes exceptionally well, but he had no pace to harness and ended up in the hands of the short third man. It was probably a shot out of instinct but unviable on this surface. Later, he nipped out Hardik Pandya too with a length ball, a gift on most other pitches but not on this. Pandya could not impart any power into the shot and ended up getting caught at deep mid-wicket.

It was thus a victory of Sri Lanka’s collectivism, and fittingly it was Shanaka who ran the runs that sealed his team’s spot in the final.

IPL is in a different ecosystem among all leagues around the world: Sourav Ganguly | Cricket News – Times of India