Daniil Medvedev’s fourth-round defeat to Nick Kyrgios not only ended his title defence earlier than expected, but the Russian will also be losing his place at the top of the world rankings.

Dropping 1,820 points from the US Open, he has now paved the way for one of three players – Rafael Nadal, Casper Ruud, and Carlos Alcaraz – to usurp him at the top.

The following are the scenarios that must take place for any of the three to be World No. 1 after the final in New York.

All things considered, reaching the World No. 1 mark is going to be the last thing on Nadal’s mind. A 23rd Grand Slam title – equalling Serena Williams at the top of the leaderboard and going two clear of Novak Djokovic, and a fifth US Open – equalling Jimmy Connors, Pete Sampras and Roger Federer for the men’s Open Era record – are both on the line.

But the Spaniard is also best placed to be at the top at the end of the fortnight. When he came to New York, Nadal knew that no matter what happens elsewhere, the title will confirm his World No. 1 spot, and with Medvedev’s early defeat, things have become even more conducive for him. 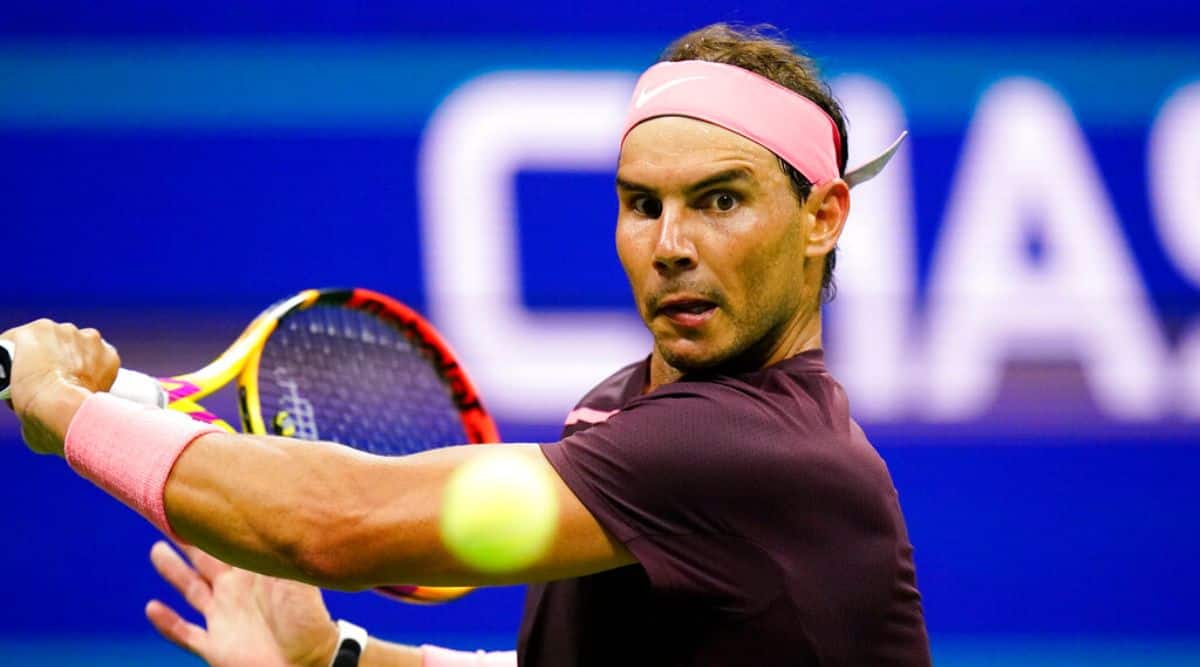 At 5,810 points, Nadal is already at the top in the Live Rankings (unofficial until the US Open ends). If he gets past Frances Tiafoe on Monday but loses in the quarterfinals, he will gain another 180 points, which will be enough as long as Ruud or Alcaraz don’t win the title. If he loses on Monday, and neither Ruud nor Alcaraz reach the final, Nadal will keep his place.

Could Alcaraz or Ruud take the next step in New York?

Alcaraz’s meteoric rise to the top of men’s tennis would be sealed if he were to win his first Grand Slam this year, and even though he has a difficult draw ahead of him, the World No. 1 spot could be his even before the final.

Defending points from his quarterfinal finish last year, the young Spaniard’s live ranking has him at a total of 4,920 points. Regardless of what happens elsewhere, if Alcaraz lifts the title on Sunday, he’ll be the World No. 1, rounding out one of the biggest stories in men’s tennis in recent years. Carlos Alcaraz, of Spain, tosses the ball for a serve. (AP)

As mentioned earlier though, if Nadal loses in the fourth round, and the 19-year-old reaches the final, he will be confirmed as the World No. 1 after the tournament regardless of the result, provided he is not facing Ruud in the summit clash.

If Ruud and Alcaraz face off in the final, it will be the first time in men’s tennis history that a Grand Slam and the World No. 1 ranking spot will be decided by the outcome of one match.

Casper Ruud endured a tough transition from clay to the grass courts. (AP/PTI)

None of these scenarios would matter, however, if Alcaraz does not prevail in his fourth-round clash against Marin Cilic, which takes place early on Tuesday.

For Ruud, the path to the top spot is a bit more complicated. He has overtaken Alcaraz in the Live Ranking for now, at 5,010 points, but will need to have an exceptional tournament and have results elsewhere go his way to get to the top.

Even if he wins the title, the Norwegian will not be No. 1 if Nadal is the player he beats in the final. But if Nadal loses in the fourth round, like is the case for Alcaraz, just reaching the final will be enough for Ruud to become World No. 1 provided he does not lose to Alcaraz in that clash.

‘Democracy is in our veins, it is in our culture’, says PM Modi | India News – Times of India

Australia in India | Peter Handscomb in reckoning for Nagpur Test