Ajinkya Rahane will lead West Zone team in Duleep Trophy to be held next month. Domestic run machine Sarfraz Khan has been selected to play for India A for the series against New Zealand A.

Nine players from Mumbai have been picked in the West Zone team. Mumbai had reached the finals of Ranji Trophy, where they lost to Madhya Pradesh.

Rahane will be playing his first competitive game since his hamstring injury he sustained in the IPL for Kolkata Knight Riders. The veteran batsman will need some big runs to push his case for the Indian Test team.

It is learnt that Iyer won’t be part of India A team which will play New Zealand A in Bangalore next month. Iyer has been kept on stand bye for the Indian team in Asia Cup. 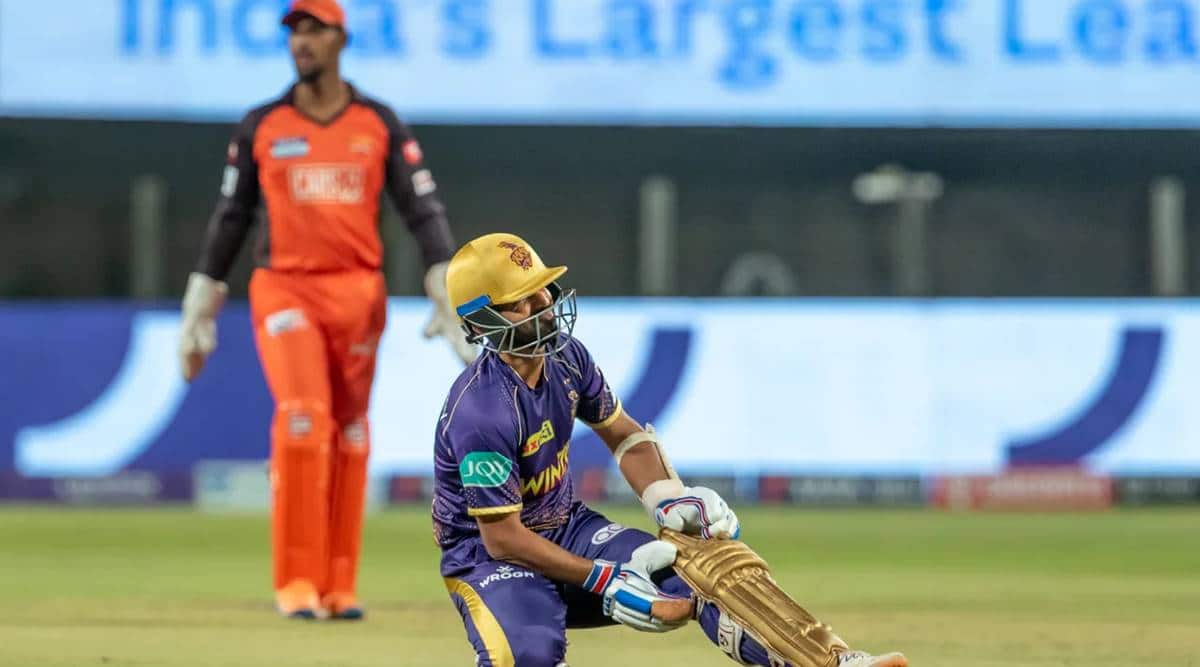 Ajinkya Rahane reacts after an injury in the IPL game against SRH. (iplt20.com)

The zonal selection committee picked Mumbai’s top order batsmen Prithvi Shaw, Yashasvi Jaiswal, Shams Mulani and Suvad Parkar. While wicket-keeper batsman Hardik Tamore, who scored hundred in the semi-finals of the Ranji Trophy also made it to the team.

The selectors have also picked Gujarat’s wicket keeper batsman Het Patel and all-rounder Chintan Gaja. Saurashtra’s Chirag Jani, left arm spinner Dharmendra Jadeja and left arm pacer Jaydev Unadkat have been included in the side. Baroda’s pacer Atit Seth and Maharashtra ‘s star batsman Rahul Tripathi too have made it to the West Zone squad. Tripathi was picked for Indian team to Zimbabwe but couldn’t get a game.

Sarfaraz Khan for India A

Mumbai’s middle-order batsman Sarfaraz Khan will be part of India A squad which will play against NZ A. As a result the selectors didn’t include his name in the West Zone squad. Khan has been a run machine in the domestic circuit for past two seasons. He scored more than 900 runs in this season of Ranji Trophy. Apart from Khan, Gujarat’s batsman Priyank Panchal and pacer Arzan Nagwaswalla will be picked for India A squad.

Tripura: Give us 5 more years, will make Tripura No. 1 state: Rajnath | India News – Times of India

Upi: Travellers from G20 countries can use UPI for payments: RBI – Times of India

A Seismologist Explains What Happened – The Wire Science