South Africa have made getting opening bowler Kagiso Rabada fit for the three-Test series against England their top priority, captain Dean Elgar said on Monday.
Radaba hurt ligaments in his left ankle in last month’s Twenty20 series against England but has been bowling in the nets since the Test squad began a pre-series camp in Canterbury, Elgar told a virtual news conference.
“The workload is maybe the biggest concern, whether he can get himself throughout a Test match with the intensity and obviously the volume of overs in a day’s play,” Elgar said.
“For now he’s doing all the right things but I can’t say ‘yes or no’ as yet,” Elgar added about Rabada’s chances of making the first Test at Lords on Aug. 17.
“But it’s high on our list to get him fit and giving us more resources going into the first Test.”
The 27-year-old Rabada is the team’s lead strike bowler with 243 Test wickets at an average of 22.41.
South Africa must already do without middle order batsman Temba Bavuma, who has an elbow injury, but Elgar said he was pleased with the strength of his available squad and their form.
“I think the options are brilliant for us and I think we’re ticking the boxes in the right way. Some of ours guys have been doing well in county cricket and that’s a massive asset for us going into this Test series, just from knowing more about the conditions,” he said.
“Another thing we got is white-ball cricketers that have had a pretty successful series over here so far, they’ve got a lot of confidence coming into the Tests and it’s almost like a breath of fresh air having those guys come in, just knowing that they’ve done pretty well in the last month.”
South Africa beat England 2-1 in the Twenty20 series and drew the One Day International campaign with the decisive match washed out.

Koffee With Karan finale saves a boring season. Power has moved from Bollywood to influencers 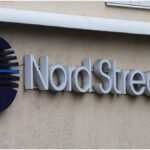 “Maybe you can be bad-tempered and throw your racket around. A lot of players do. I didn’t, because I only had two to play with:” Rod Laver

Even as EIA Notification 2020 Remains a Draft, MoEFCC Continues To Edit It – The Wire Science

What Is the Status of India’s ‘One Nation, One Subscription’ Plan? – The Wire Science

How the Bitra Floating Reserve Was Born – The Wire Science