He struck gold in his debut season as captain in the IPL, and Hardik Pandya admits that responsibility brings out the best of him on a cricket field.

Hardik, who led the Gujarat Titans to the IPL title in the side’s and his debut season earlier this year, has been named as captain of the Indian team for the two-match T20 International series against Ireland, starting here on Sunday.

And the dashing all-rounder said he believes in taking ownership on the field. “Earlier also, I liked taking up responsibility and now also it is the same but it is a bit more responsibility now. I always believed that I did better when I took responsibility,” Hardik said during a virtual press conference on the eve of the first T20I.

“If I can take ownership of my own things and take my own decisions, they tend to be strong. Cricket is such a game, staying strong during situations is very important.

“Always responsibility was given to me and I took it and that’s why I became better. While captaining I will see how I can give the same responsibility to every player and give them the ability to fight with situations,” he added.

Playing under two talismanic skippers in Mahendra Singh Dhoni and Virat Kohli has taught Hardik a lot about leadership qualities, but he said every captain has their own style.

“I am not instinctive but I see more situation than go on my gut. At what point of time, what decision the team requires, I focus on that rather than going on my gut. Gut always goes 50-50,” he said. 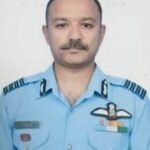