Australian Open champion Ash Barty’s coach believes her only chance of completing a career Grand Slam is if the organisers of the U.S. Open opt for a different ball.

Craig Tyzzer’s belief that the world number one was capable of winning Grand Slam titles on all three surfaces was validated on Saturday when she triumphed at Melbourne Park. 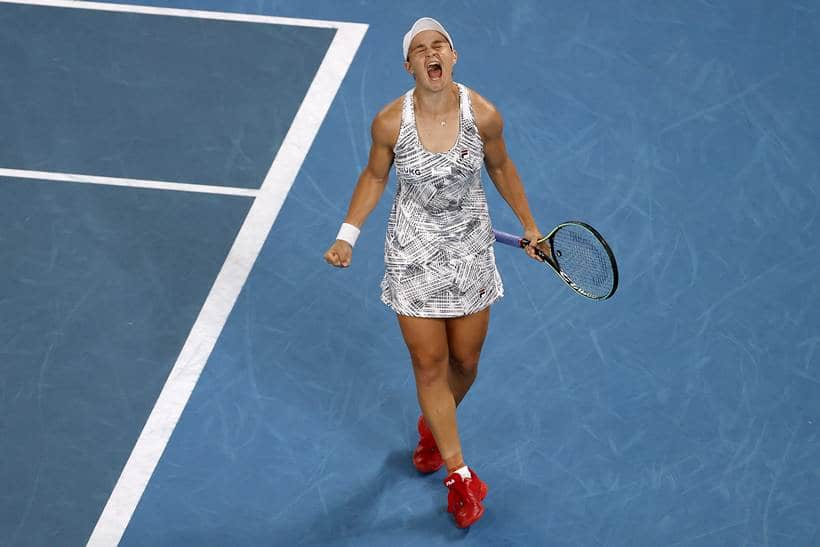 The top seed overcame a 5-1 deficit in the second set to defeat Danielle Collins 6-3 7-6(2) to add to her major titles at Roland Garros in 2019 and Wimbledon last year.

But Tyzzer, who was the WTA Tour coach of the year in 2019, said the difference in the type of ball used at Flushing Meadows meant it would always be much more difficult for the Australian to succeed in New York.

“The US Open really needs to change the ball for the girls,” he said.”The fact they still use a different ball for guys and girls, it’s a terrible ball for someone like Ash. If they keep that ball the same, no one like Ash will win that tournament.

“It’s the only tournament that has separate balls for the guys and girls. So if they don’t change the balls, she won’t win the U.S. Open.

“At the U.S. Open, men use slightly heavier balls than the women.Tyzzer said after Barty won Wimbledon last year, he always felt that her best tennis would come on hard courts.

She grew up on the surface in Brisbane, but her first two Grand Slam titles came on the red clay of Roland Garros and on the grass at Wimbledon.