England has been beaten 5-0 in an Ashes series only three times. On the evidence of Tuesday’s innings defeat at the Melbourne Cricket Ground, captain Joe Root’s side could soon become the fourth.

“To lose the Ashes in 12 days . . . I just think that England have lost their way,” Botham said on Australia’s Seven Network. “The performance today summed it up.”

Trailing by 82 runs on the first innings of the third test, England resumed on Tuesday’s third day on 31-4 and was bowled out for 68, losing by an innings and 14 runs.

Australia didn’t even need to wait until lunch before regaining the Ashes — less than halfway through the scheduled five-match series. One rather scathing social media user tweeted that Australia won the Ashes in a shorter time frame than the 14 days England spent in coronavirus-forced quarantine when they first arrived Down Under. 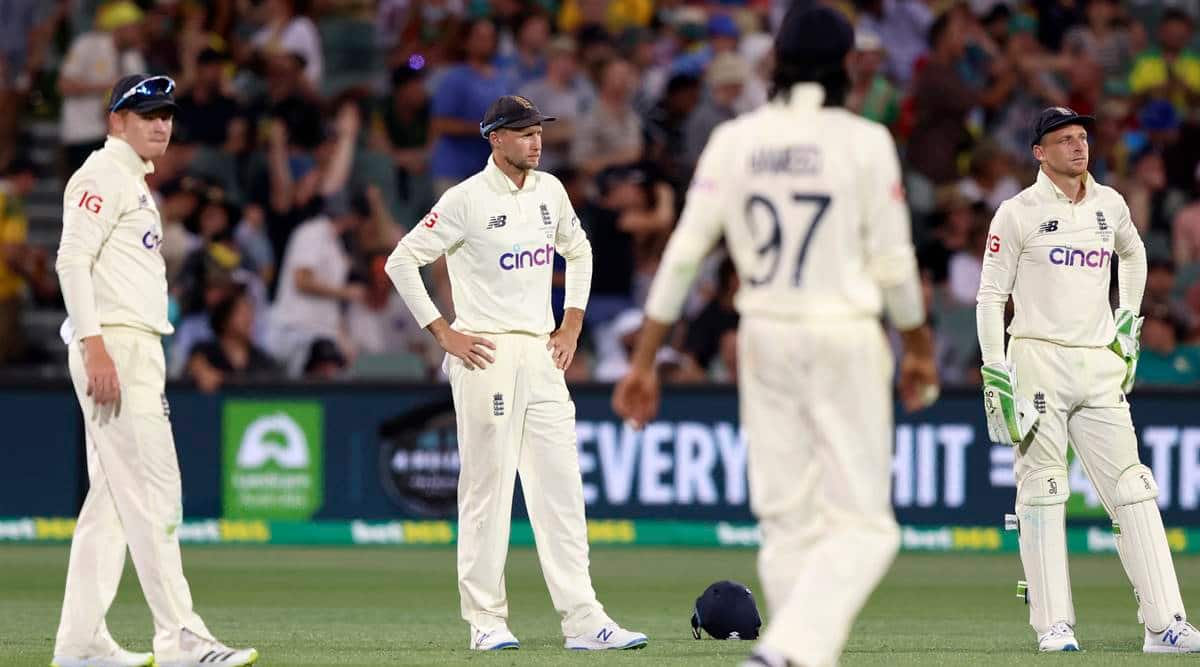 Surrounded by under-performing specialist batters, Root top-scored in both innings for England with 50 and 28, to finish the year on 1,708 runs in 15 test matches.

“I feel like I’m playing nicely at the minute,” Root said of his lone hand in England’s batting lineup. “I feel like my game is improving and I am evolving still as a player.”

“You’ve just got to find a way to get through it sometimes,” Root said. “We need to put some pride back into the badge and we need to give people back home something to celebrate.”

Asked about his enthusiasm to continue as captain beyond this series, Root said his focus was on two upcoming tests in Sydney and Hobart in January.

“It would be wrong to look past that,” he said.

Attention has also turned towards coach and selector Chris Silverwood’s role in the dismal tour. Former test captain Michael Atherton believes the coach should be dismissed at the end of the series. 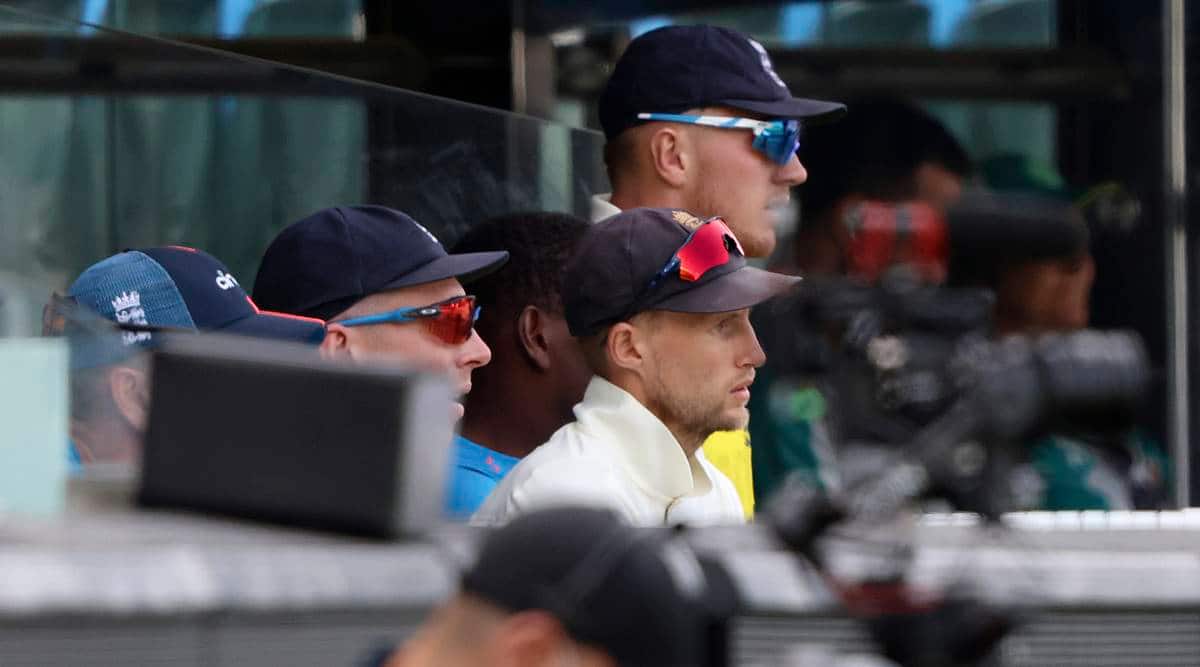 England’s captain Joe Root, center, sits on the sidelines after missing the first session during the fourth day of their Ashes Test. (AP Photo)

“I can’t see a situation where Silverwood will survive this tour, Atherton told Sky Sports. “All the responsibility lies with him as that’s the way (England Cricket Director Ashley) Giles has set things up.”

A national record-equaling 54 ducks this year, including four in the second innings at the MCG and matching England’s mark of 1998, is a fitting statistic for Root’s side.

Root questioned whether England’s domestic competition was adequately preparing players for test cricket. Some English commentators said members of England’s Lions squad, also currently in Australia and mostly here as coronavirus backup for the main team, should be liberally imported into the team for the final two tests.

“The environment that they’re coming from is not readying them well enough for test cricket. It’s a very difficult place,” Root said of his domestic competition back home. “If you’re not ready . . . it makes it very difficult to improve. You need some strong inner belief. It has to come from within.”

Linked to that is the England and Wales Cricket Board’s apparent preoccupation with the shorter formats of the game over test cricket. 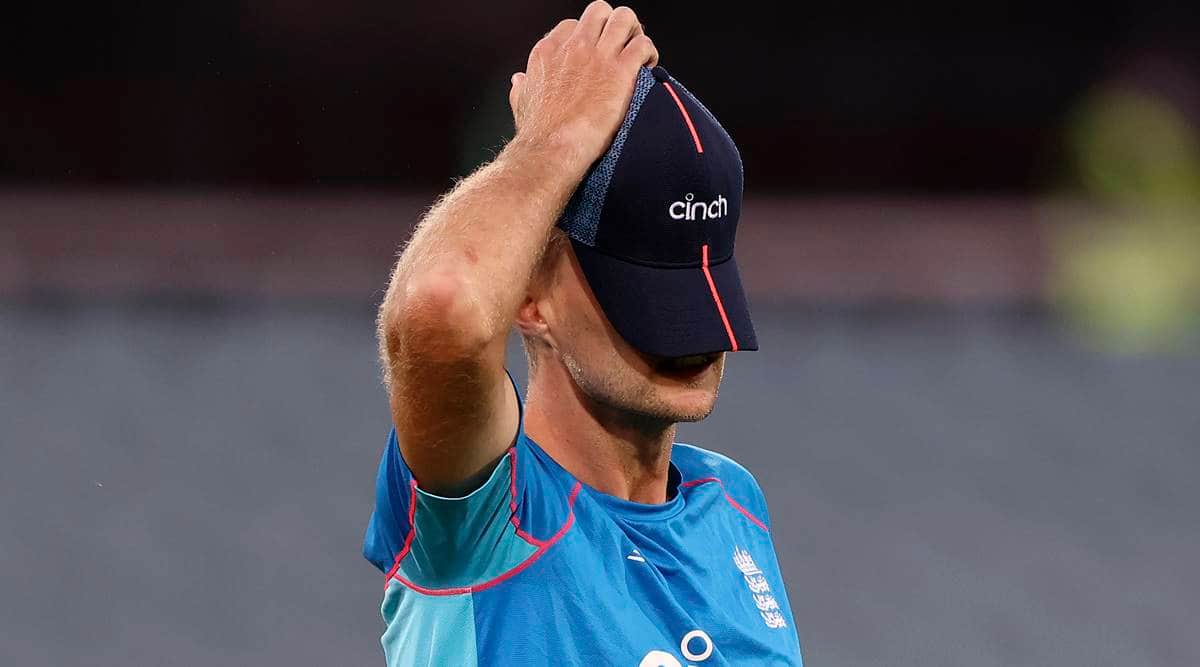 England’s captain Joe Root adjust his hat at the end of the fifth day of their Ashes cricket Test match. (AP Photo)

The ODI side was the priority ahead of the 2019 Cricket World Cup, which England won on home soil, before the ECB focused much of its work on launching The Hundred, a new domestic competition intended to engage a younger audience, which some say has come at the expense of the test team.

“The County Championship has been marginalised to the fringes of the season for the convenience of playing more limited-overs cricket,” former test bowler and now BBC cricket correspondent Jonathan Agnew wrote. “The ability to produce a solid defence has given way to the desire to hit ramps, scoops and towering sixes.

“The message from the authorities is the shortest formats are the only interesting or exciting versions of cricket.”

Test cricket used to be king in England, but seemingly no more.

“There are so many question marks and the whole of English cricket is going to be brought into question,” former England batter Rob Key told Sky Sports.

“The only positive is it’s going to shake up English cricket for the better. It has to.”