India vs South Africa 1st Test Day 1 Highlights: Opener K L Rahul produced a majestic knock in testing conditions en route to his sixth overseas century as India made a near perfect start to the Test series against South Africa, here on Sunday. Rahul (122 batting off 248), alongside opener partner Mayank Agarwal (60), set up a strong platform for India with a 117-run stand, enabling the visitors to reach 272 for three at stumps.

Skipper Virat Kohli (35 off 94) fell to a loose shot after doing all the hardwork while under-pressure Cheteshwar Pujara lasted only one ball. Rahul and Ajinkya Rahane (40 batting off 81), who like Pujara is fighting to save his place in the team, were in the middle at close of play. Rahane looked in a good touch and will be aiming for big score on day two.

Barring Lungi Ngidi, who took all the wickets to fall on the day, South Africa pacers were not probing enough in their line and lengths and offered too many loose balls.

India vs South Africa Highlights: Catch all the highlights between the two teams from Centurion

The series, which starts from Sunday at Centurion, could either mark the final stretch of Kohli’s ascent to immortality or the slow slope into the sunset. (File)

Nearly four years ago, Virat Kohli and an impressionable young side landed in South Africa with the burning ambition to emerge as a genuinely world-beating side. India lost that series, but offered a precursor of their collective and individual capabilities, exhibiting a distinct streak of indefatigability that has come to symbolise both the captain and his team.

In the intervening four years, the group scaled unprecedented heights in Test cricket, achieving most of what they had set their heads and hearts on — two series wins in Australia and leading a Test series in England, besides reaching the World Test Championship final. (READ MORE) 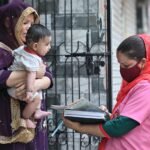