Posters cover the walls of a posh Bengaluru hotel, each promoting the same message: Wear a mask, maintain social distancing. Somehow, if the message isn’t clear to the players and support staff in each of the 12 Pro Kabaddi League (PKL) teams, or if the protective face covering is left below the chin, there is a dedicated security team on every floor hired to intercept whenever required. These are possibly the most basic among numerous measures taken in the specially- designed bio-secure bubble that will allow the competition to resume after the missed 2020 season. It’s a mere reminder that a Covid-sized shadow still lurks.

Paramount to the bubble’s success will be everybody complying with the protocols. But Rakesh Kumar, a former India captain and now Haryana Steelers coach, asserts everybody knows their responsibility – some even having learnt it the hard way. 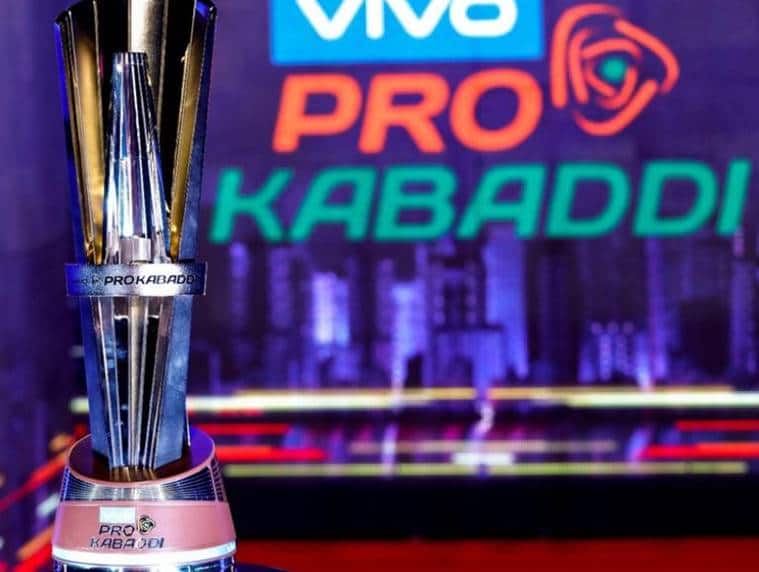 “Nothing really happened in the villages during the first wave, so the mentality was always like ‘there is no such thing as the coronavirus,’” Kumar explains to The Indian Express.

“In the second wave,” continues the Nizampur native, “everything changed. I used to see at least two or three people in my village dying everyday. Itna dar ka mohaul ho gaya tha (there was an environment of fear).

“Now masks are on even before the front door is opened. We don’t want to get (the virus), and we don’t want to give it to anyone else. It’s good to be playing kabaddi again, but we’re all aware of why this didn’t happen last year.”

The season that was to take place in 2020 was among the list of other sporting competitions swept away by the virus. Now, 20 months after the Bengal Warriors lifted the title in October 2019, the league is back but with an entirely different approach.

Strict protocols at a single venue

The PKL has had to sacrifice its traditional caravan format for Season 8 and instead decided to host all matches, all teams, and all officials at a single Bengaluru hotel.

Even the 200-plus hotel staff that have been assigned to cater to the PKL contingent have been included in the bubble – nobody leaves, nobody new enters. And of course, everybody undergoes the RT-PCR test daily.

“There are just four places in the hotel where we can remove our masks,” says Supratik Sen, U Mumba co-founder and CEO. “When you’re at the gym, when you’re training on the mat, when you’re in your rooms and when you’re eating.” The dining area is essentially a large garden divided in a way that each team has its own demarcated section.

“When you’re at the buffet, which is in one corner, you have to wear your mask. Only once you reach your table can you take it off,” Sen adds.

These, however, are the regulations now. When teams first entered the hotel – in the first week of December – the simple protocol was not to leave one’s room. At all.

Tarkas recalls how players had one fear before they stepped into their rooms for quarantine: “Hum bore ho jayenge (we will get bored).”

Each team had their own psychologists at hand to help players, and each used a different approach to prepare them.

“We used to tell them to keep an open mind, that this is a new experience they will one day tell their grandchildren about,” says Tarkas. “We also tried using reverse psychology. We told them it’s going to be terrible, so when they actually entered and were done with it, they weren’t feeling too bad.”

Rakesh – who was the highest-paid player in the inaugural season of 2014 – told his players that they’re away from home for three months during the league. Seven days is nothing in comparison.

“Besides, when we do our workouts, we’re all tired and want to rest. We were doing group workout sessions on Zoom through those seven days, people were getting tired and sleeping. The only difference was we were in our rooms,” he says. “I had to do the workouts too. Otherwise, the players would say aap baithe baithe mote ho gaye (you have got fat by just sitting around).”

The online group training sessions was something all teams did. Once players got the hang of using the online meets, they started using it for their own entertainment.

“I know there were a few players who used it to play Antakshari.” Tarkas adds. “I think everyone enjoyed it.”

The players now are nearing peak fitness if not already there. But there was a time when their fitness levels were unknown for teams.

“Since the first wave didn’t hit the villages too hard, there were small tournaments that would keep the players occupied. But there’s a difference between that and what’s needed here because the intensity in the PKL is at the highest level,” Tarkas says.

“As soon as the auction ended in August, we got in touch with our core players and started to give them a routine. Then when we met for the eight-week camp, we could hit the ground running.”

▶️ Here’s a ‘trailer’ to get you in the mood for #SuperhitPanga 🔥 pic.twitter.com/ruIOtULWfJ

The approach was not too dissimilar with other teams. Rakesh, though, decided to work on his coaching tactics.

“As a player, I had a lot of experience, but I’m very new and young as a coach,” says the 38-year-old three-time Asian Games gold medallist. “During the pandemic, I was coaching some village teams at the time to get more experience. Hopefully, that’ll help.”

When Season 8 kicks-off on Wednesday, the same glitz and glamour will be there for a sport previously considered a hinterland exclusive. But behind closed doors, with a new variant threatening outside, the players will Le Panga in their own little world in a Bengaluru high-rise. Their own bubble.

McDonald’s to sell its Russian business, exit after 30 years

google: Google Pay may suggest you the ‘best’ credit card to use in future – Times of India

Aim to have at least 10 Indians in top-30 in each category: Gopichand | Badminton News – Times of India