While there were initial question marks over opener David Warner’s fitness for the second match of the Ashes series, there are no doubts about Australia’s superiority in day-night tests.

They’re a perfect eight from eight as they go into the pink-ball test against England beginning Thursday at the Adelaide Oval. Warner had a few reprieves on his way to scoring 94 runs in the series-opener at the Gabba in Brisbane, where Australia beat England by nine wickets.

But after taking two hits in the ribs while batting, Warner didn’t field for Australia in England’s second innings. He still appeared to be in discomfort while batting in practice at Adelaide, but on Wednesday captain Pat Cummins said Warner “will be right.”

“If he thought he couldn’t be as good as he normally is, he wouldn’t be playing,” added Cummins.

Teammate Travis Head, who cemented his spot as Australia’s No. 5 by scoring 152 in Brisbane, earlier predicted Warner wouldn’t miss it.

“I flew home with him a couple of days ago. His family came into Adelaide, which was nice,” Head told Australian Associated Press. “And he felt like he was in a good space. I think he’s ready to go.”

Cummins also confirmed that right-arm paceman Jhye Richardson will return to the test lineup for the first time since February 2019 to replace the injured Josh Hazlewood in the only change for Australia.

“He swings the ball both ways, he’s a bit faster than you think . . . and he’s really consistent,” Cummins said. “He’s more than ready to go.”

While Australia’s record in day-night tests is perfect, England has just one win in four attempts. The win came in its first day-nighter at home against West Indies in 2017.

England will get two chances with the pink ball in this series — the fifth test in Hobart, which was moved from Perth because of COVID-19 restrictions in Western Australia, will also be a day nighter.

Going into Adelaide, allrounder Ben Stokes allayed concerns about the knee injury that hampered his bowling at Brisbane last week, after coming through a nets session.

The 30-year-old Stokes bowled just 12 overs at the Gabba, his first test match since March, and was in obvious discomfort during his latter spells after appearing to jar his left knee while chasing a ball to the boundary.

But he was back to full pace Tuesday, where he bowled for an hour.

“We will find out over the next couple of days,” England captain Root aid. “He obviously had a bit of a jar in his knee in the last game. Hopefully it’s something he’s shaken off now, and he can get back to full intensity and all options are on the table. We will have to manage that and see where we are at.”

All options means veteran pace bowlers Jimmy Anderson and Stuart Broad are back in the 12-man squad after missing the first test at the Gabba. Both were reported to be fit in Brisbane, but England went for a different combination with a view to rotating its attack through the five-test series.

The 39-year-old Anderson, who claimed his first five-wicket haul in Australia in the corresponding day-night test four years ago, was add to the 12 on Wednesday and Mark Wood was rested.

England again will wait until the coin toss to confirm a starting XI. 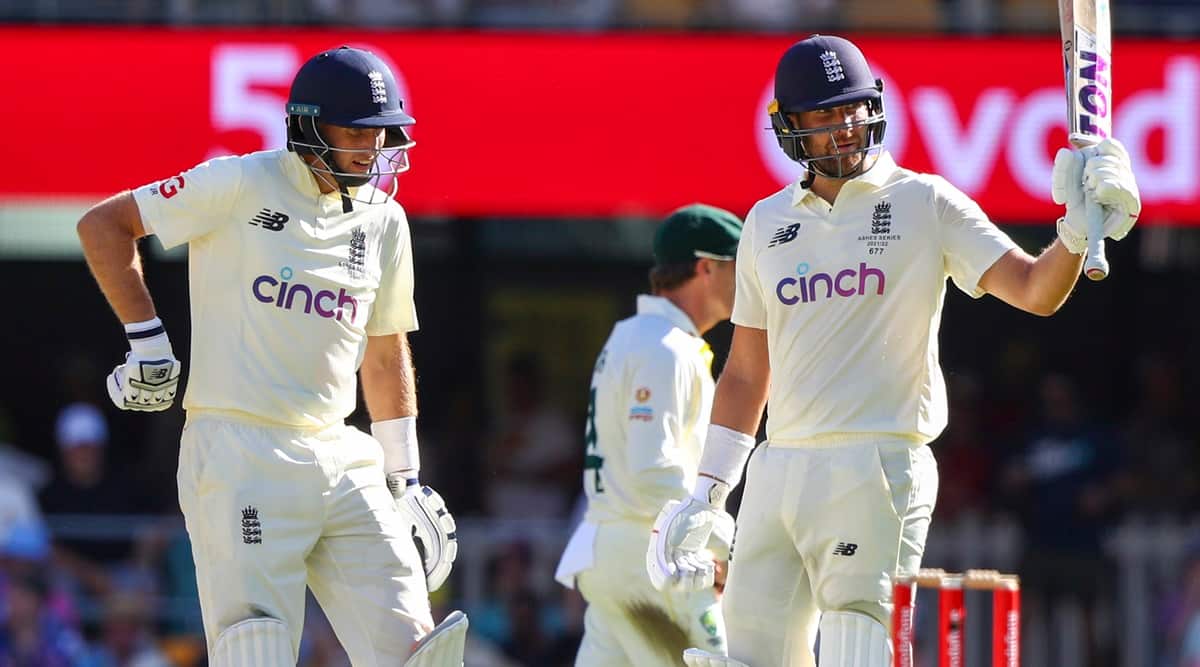 “I think it’s my favourite ground outside the UK,” Anderson said of the Adelaide Oval, where he was part of England’s winning team in 2010 and also took six wickets in 2017.

“There might be times during the game with twilight or when it gets dark under lights (the ball) might do a little bit more. It’s trying to take advantage of those times when it does do a little bit.”

Root, meanwhile, said being docked five test championship points because of slow over rates during the Brisbane test hurts more than all the England players losing their entire match fee.

Under the International Cricket Council’s format, 12 points are awarded for a test win, four for a draw and six for a tie.

It hurts more when it comes to the difficulty of earning points away from home. England has lost 10 of its last 11 tests in Australia, and has not won a match Down Under since a victorious tour of 2010-11.

And to make matters more difficult, no England team has recovered to win an Ashes series in Australia after losing the first test since captain Len Hutton’s squad in 1954-55.

Ranbir Kapoor talks about Bollywood villains; says, ‘Once I will do a negative role and people will tell their kids so jaa, nahi toh Ranbir aa jayega!’ – Times of India

Judiciary is answerable only to the Constitution, says CJI N V Ramana