Three West Indies players — left-arm fast bowler Sheldon Cottrell, allrounders Roston Chase and Kyle Mayers — have tested positive for coronavirus in Karachi and were ruled out of the Twenty20 series. They will be in isolation for 10 days in Karachi and will be monitored by the team physician until they return negative tests. 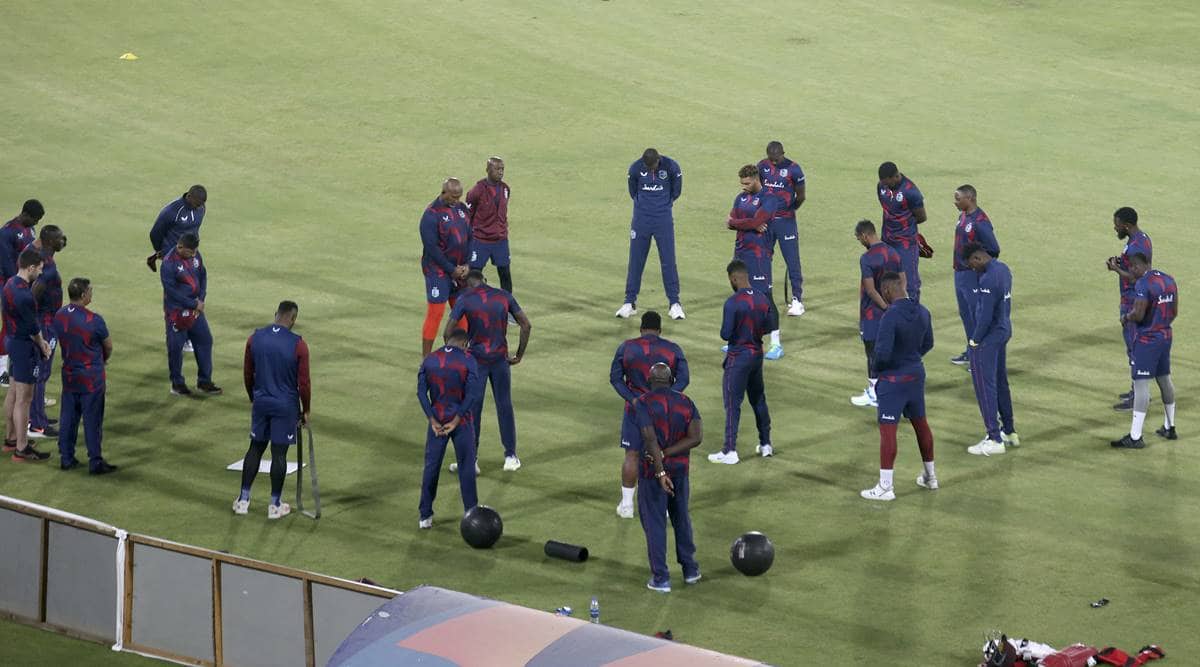 Players of West Indies cricket team pray in team meeting ahead of practice session at the National Stadium, in Karachi, Pakistan. (AP Photo)

West Indies Twenty20 squad already miss several top performers for the three-match Twenty20 series which will be followed by three ODIs — also at Karachi. The notable absentees include white-ball skipper Kieron Pollard, who will miss out due to hamstring injury he sustained during the T20 World Cup, while Andre Russell is playing in the Big Bash League in Australia.

“We will try to carry the momentum which started in the (T20) World Cup,” Babar told reporters during a video conference on Sunday. “We are not going to take them (West Indies) easy because they didn’t bring their best players. They have played in the CPL (Caribbean Premier League) and international games, so you have to give your 100 per cent to beat them.”

Babar led from the front with loads of runs in the T20 World Cup in the United Arab Emirates as Pakistan went onto win its five group games before being beaten by eventual champion Australia in the semifinals. Pakistan followed its brilliant run by whitewashing Bangladesh in the Twenty20 series 3-0 in Bangladesh before winning the two-match test series 2-0. 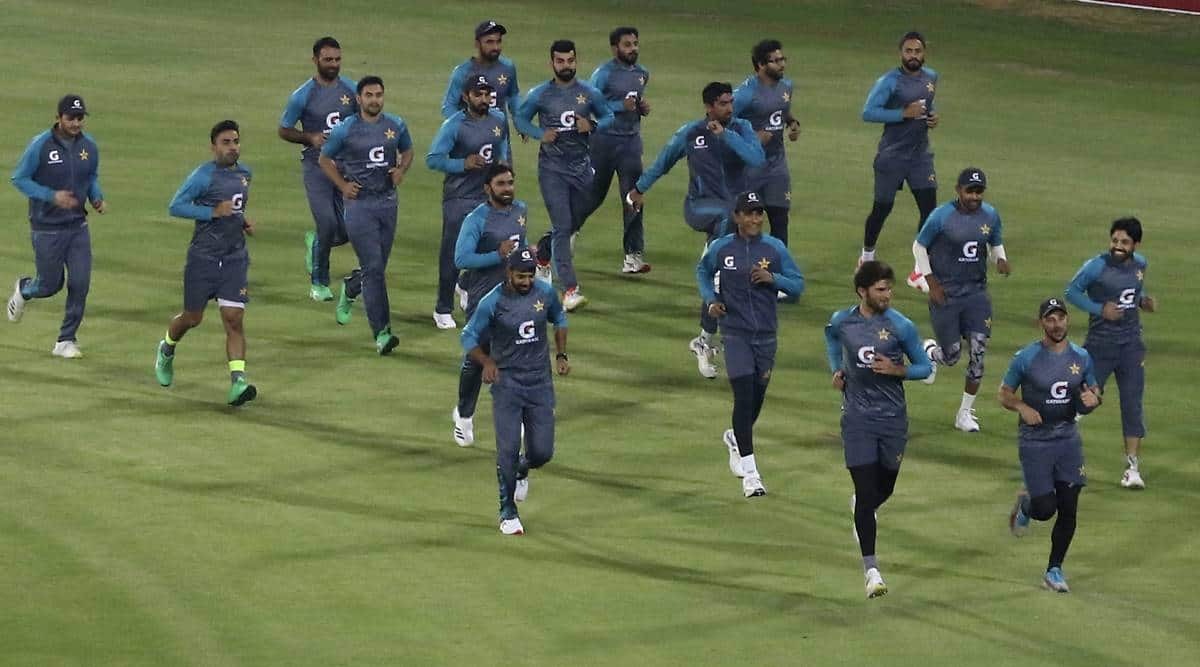 Players of Pakistan Cricket team warm up ahead of practice session at the National Stadium, in Karachi, Pakistan. (AP Photo)

Defending champion West Indies, on the other hand, floundered in the UAE as it failed to qualify for the semifinals. Nicholas Pooran replaced the injured Pollard for the Twenty20 series while Shai Hope will lead the side in the ODIs.

Babar sympathised with West Indies for losing three players due to coronavirus and believed it’s tough for cricketers to spend time in isolation.

“It’s difficult time for a team when your player tests positive,” he said. “It’s difficult to live in isolation, our team has gone through this. Lots of negative things do come in your mind when you are alone in the room and the team combination also gets affected.”

Pakistan has lost just one home Twenty20 series since international cricket returned to Pakistan in 2015 when Sri Lanka routed them 3-0 in 2019. They have twice beaten Zimbabwe and also recorded series wins against Bangladesh, South Africa, a World XI and the West Indies when it last toured in 2018.

The Pakistan government has allowed full capacity crowds at the National Stadium for the first time since the pandemic began and Babar hoped the home team fans will get to see some quality cricket.

“The main thing is we are playing the home series and for us the best thing is full crowd will be allowed inside the stadium.”