In a freewheeling chat on ‘Backstage with Boria’ on the Youtube channel Xtra Time, Rohit Sharma spoke on a host of topics from the importance of Virat Kohli, on the reasons for India’s losses in ICC trophies, his plans for the team, and about Rahul Dravid, the coach.

On importance of Virat Kohli in the team

There is no doubt about that. The quality and kind of batter he is is always needed in the squad. To have average of 50+ in T20 format is crazy. It’s unreal. With the experience he has and he has batted and bailed India out so many times from difficult situations. His quality and kind of batsmanship is required. Plus, he is still a leader of this team. Obviously, all those things put together, you don’t want to miss out. You don’t want to ignore that kind of stuff. His presence, his importance to the team can only strengthen the team.

We lost Champions Trophy, the 2019 world cup and even this T20 world cup. That initial phase of the game is where we lost the game. That’s something I will keep in mind. I will see that we have to prepare for the worst. We have to prepare for when the team is 10 for 3. And that is how I want to move forward and get the message across to the boys.

The guys who are batting at 3,4,5.6 .. there is nowhere written that if you are 10 for 3, you can’t get to 189-190 or more. I want the guys to prepare in that fashion. Let’s say we are playing the semifinal and we are 10 for 2 in the first two overs , what do we do? What’s the plan? I want to put ourselves in that situation again and see if we can respond to that. We got games before the world cup to try test that out.

There is similarity in all the three games we lost. Two Pakistan games and one New Zealand game in the three ICC tournaments. That can happen. I do understand that the quality of bowling was exceptional at that point. But it has happened three times. I hope it doesn’t happen for the fourth time.

It will be about seeing how we can plan for that. Whether we can go in and counterattack straight from ball one, whoever the batter goes in. And I don’t want people, the fans, to think that ‘oh we are 10 for 2 and what shot he is playing?’ They need to understand that this is the plan of the team. I just want the batters and bowlers to go out there and do what they want. And by that I don’t mean they are doing their own stuff but it’’s a plan.

Something has to change. There needs to be a change.

On his approach with the players

I would love to do is take the pressure of the boys at least. How we do that? With little little things right. By giving them security, that freedom to go and express. That’s the way to start.

My role is more outside than inside. Because you prep, making sure you give the roles to the players so that they know what they are expected to go out there and execute. It all happens off the field. Not in. Once you are in, you have three hours. There is very little you can change in those 3 hours. My role is not on the field, but off the field: Preparation, comfort, freedom, planning, strategy and all those kind of things. My role as a captain is 20% on the field, 80% off the field. 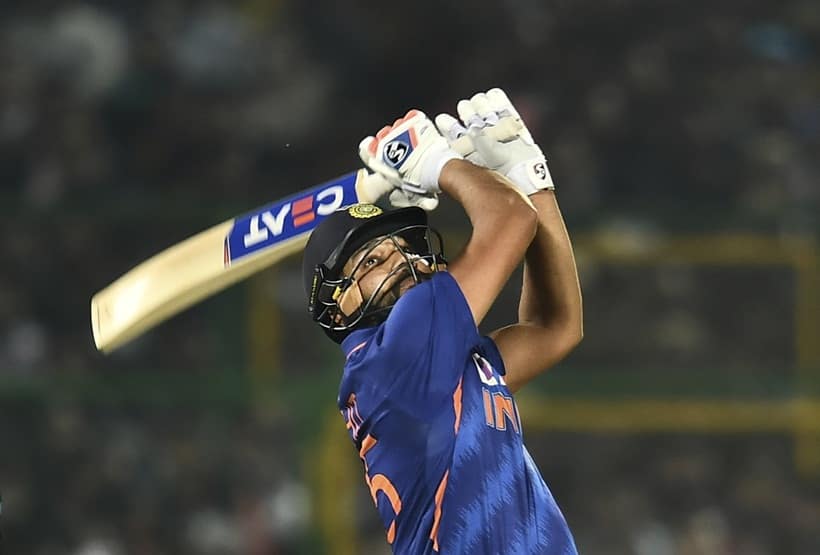 We have nearly 25-30 T20s next year, handful amount before we play the world cup. The captain needs to take the backseat generally. He has to make sure he puts his hand around everyone, from behind. The captain is to make sure to make right players, combination is playing. And obviously some tactical decisions.

On the importance of winning world cups

When you play the sport, you want to achieve the best. And I feel the best I feel is winning the championship. You might score many runs, many hundreds but winning that championship always stays with you. You know why? Because that’s a collective effort from the team. At the end of the day, we play a team game. It’s not individual sport. So, what you achieve as a team is very very important to me. It’s something that I want to achieve that team goal – which is to win the championships. We have a few world cups coming up. There is a lot of things we need to do to get that championship. We have the team, players, the support staff now to go get it. What we do prior to the world cup is important.

On working with Rahul Dravid

Brilliant cricketer, without a doubt. He himself has said on so many occasions that he was not so talented and he had to work so hard to be where he is today. That is going to reflect on this team. Making sure we work hard as a team. Nothing is given on platter to anyone. He will make you work hard. When you enjoy the process, you feel good about it. There is a process and a structure as well. People will enjoy that. Guys who are coming in, going out- they will have so much clarity about why they were out of the team, why they came into the team. He will be able to create that.

Ever since we had our first meeting, he mentioned straightaway that ‘I am here to help you all. I am not a cricketer anymore. I know the difference between a cricketer and a coach. My job is to support the players and whatever you need, you have it. 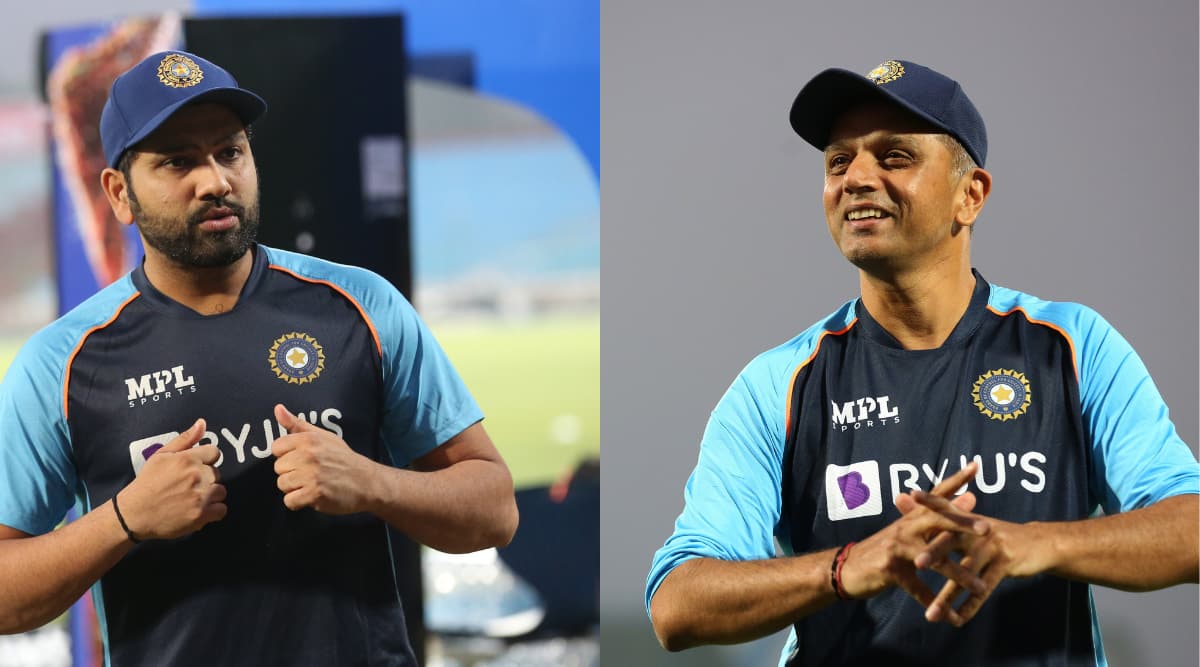 India will aim to press the reset button under new captain Rohit Sharma and an illustrious head coach in Rahul Dravid.
(Twitter)

He has gone personally to each one of us and spoken about what they feel about themselves. What sort of role they are looking in this team. What have they to offer. Which position they think they are best to bat. Etc. With the bowlers as well. Spoken personally. Just to understand all of us.

He has been working with the India A and been the NCA (National Cricket Academy) head. He knows each player in and out. He has that bond with everyone. It’s just about taking it to next level, now.

On his role in bringing Ashwin back into white-ball cricket

He is a champion bowler and I have seen his quality for the last decade. I have seen what sort of person he is and how much hunger he has in him not to just play Test but other formats. You see his IPL record for the last 2-3 years. His economy will be 6-7 if I am not wrong. He bowls everywhere – power play, middle overs, end overs. He bowls to right handers, left handers. 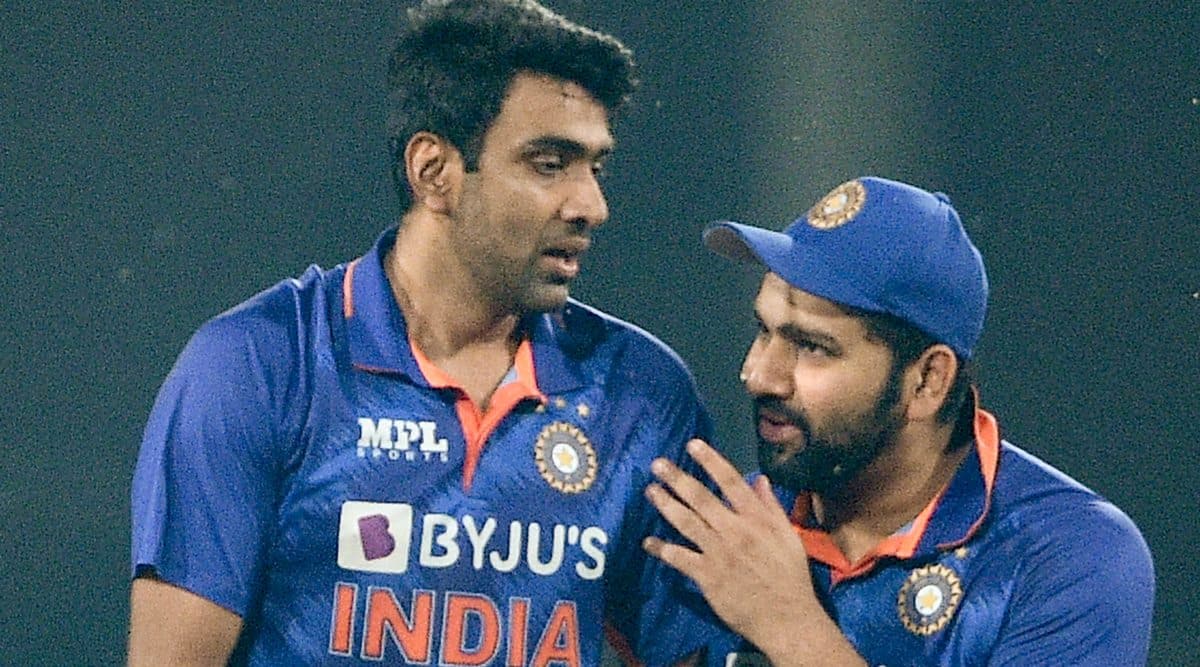 You call it and he has done it. He missed out a few years after Champions Trophy but the quality hasn’t gone anywhere. It’’s about how you use them and how he can be more productive as well with the quality he has. I thought he would be a great addition with what he does with the ball. He gives you that flexibility. When you have a an allrounder bowler like that – he can bowl anywhere whatever the situation, you don’t want one-dimensional bowler. Someone who can only bowl outside power play, can’t bowl at the death, can’t bowl to left-handers. More options you have with the bowler, the better. That’s what I felt and the way he has been bowling brilliantly last 2-3 years in IPL, I thought he would be a great addition

If I am not wrong, he is definitely here to stay. He has been brilliant.

On difference between playing in IPL and India

When you play IPL, people are doing different roles. When they come here, they are doing different role. I want the guys to understand that. IPL is damn good but don’t look too much into that performance. What you do here with Team India is more important. Because look at the dynamics. In IPL, you get 14-16 games and you know you won’t be dropped in that team. But here it’s not the same situation. You bat in different positions, here there are only three games of Bilateral or five games max. There is a rotation policy because we want to see everyone.

I will try my best to do that (to give confidence to players). Honestly, it’s not easy. As there are so many changes and things to think about. If a guy has played two games and he is senior most – like for example let’s take Ashwin. I had to leave him out in that last game (against New Zealand) in Koltaka. I wanted to get in Yuzvendra Chahal. Honestly, I didn’t want to leave out Ashwin because he has just got back into the white-ball team. But that call we did was for the team. It’s important that we keep taking those calls for benefit of each player. And Ashwin was the first person to put his hand up and said, ‘ I am okay to do that. Whatever you want for the team, I am happy to do it’.

On thinking about winning the next world cup

Who doesn’t want to stand in that podium winning that cup? But we have to do a lot of things right to get there. A nice long process will be put in place. Certain goals for batters, certain roles that will be given to players that they need to achieve.

On camera, PM Modi asks Japanese kid: ‘Waah! Where did you learn Hindi from?’

Asia Cup Hockey 2022, India Vs Pakistan: When And Where To Watch, Squad & Preview