The number of teams in the I-League has increased this season, with as many as 13 teams taking part in the league, and all of them, along with the referees, officials, and volunteers will be housed inside bio-secured bubbles in four different hotels across Kolkata.

“The AIFF has been a pioneer in the Indian sporting ecosystem in hosting sporting events from inside bio-bubbles, and we are happy to continue providing a safe haven for the players, referees, and everyone else involved in running the league,” said AIFF League CEO Sunando Dhar.

“We have three new teams in the Hero I-League this season, and I would like to welcome Sreenidi Deccan FC, Rajasthan United FC, and Kenkre FC, as well as a huge welcome back message for all the other 10 teams that will participate in the league,” he said before adding, “We also need to thank all our partners, because the logistical and financial effort to house 13 teams in a bio-bubble for an entire season would not have been possible without their help.”

There are three new entrants into the league this season, with Sreenidi Deccan FC joining from Andhra Pradesh, while Rajasthan United FC and Kenkre FC have made their way to the league by dint of finishing first and second in the Hero I-League Qualifiers 2021, respectively.

As per the tournament format, all the teams are to play against each other once in a round-robin format in Phase 1, before being split into two groups in Phase 2 of the league – the top seven teams will make up Group A and the bottom six will make up Group B.

Once the divisions are made after the end of Phase I, the teams of each group will play against one another in a single leg round-robin format. While the teams in Group A will play to determine the champions, those in Group B will be in a relegation battle. 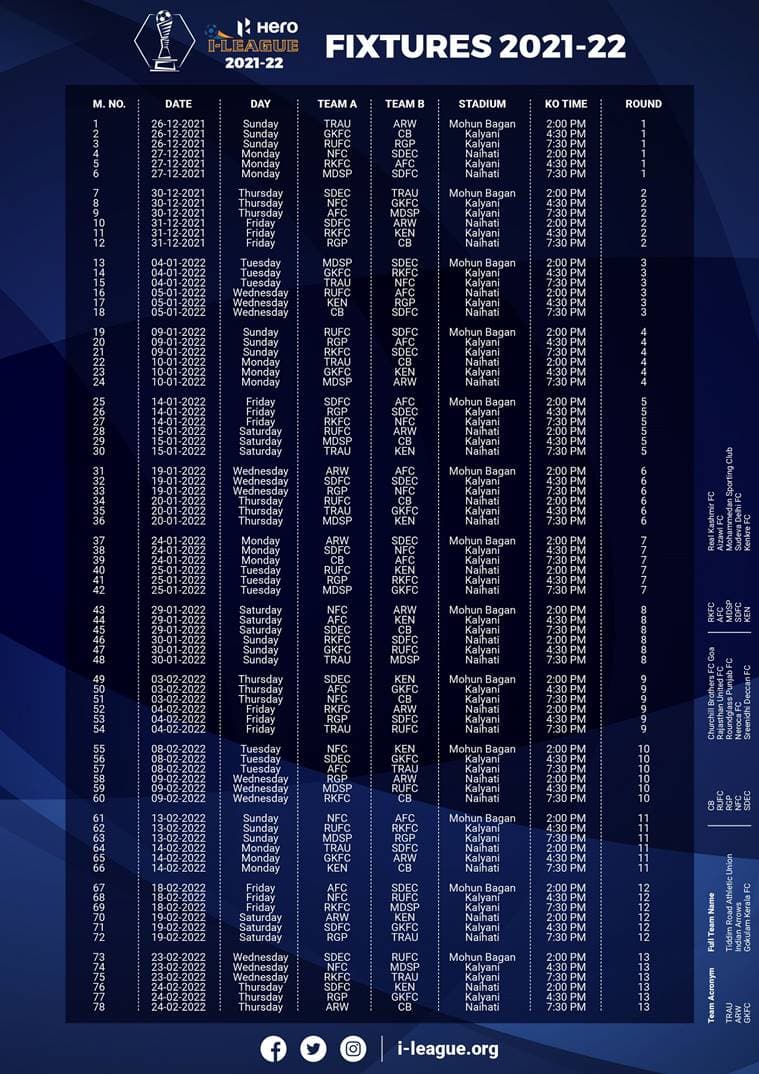 Serie A: Title wait nearly over for AC Milan after 2-0 win over Atalanta

Tamil Nadu: Panchayat President Hacked To Death By 10-Member Gang In Front Of His Family

Cryptocurrencies Can Lead To Dollarisation Of Economy: RBI Officials To Parliamentary Panel

Up Close and Personal With a Gravitational Beast – The Wire Science

There’s a Right Path and a Wrong Path to Net-Zero. Which One Are We On? – The Wire Science

The Birds Are Vanishing – And We Are Why – The Wire Science