General V P Malik, who was Indian Army chief when the Kargil conflict broke out in the summer of 1999, tells TOI how the conflict changed the rules of combat and India’s relationship with Pakistan

It’s been 22 years since the war. As you look back, what has been the biggest learning from it?

Operation Vijay was a blend of determined political, military and diplomatic action, which enabled us to transform an adverse situation into an emphatic military and diplomatic victory. Pakistan failed in its aims with considerable political and military costs. The Indian military, on account of poor intelligence and inadequate surveillance, took some time to reorganise and take appropriate counter action. But with military successes on the battlefield and a successful politico-military strategy, India was able to achieve its political aim and enhance its international image as a responsible, democratic nation, determined and capable of defending its territorial integrity.

It was a lesson to see that an irregular or proxy war could escalate into a limited conventional war. Although possession of nuclear weapons has made an all-out war on the subcontinent less likely, so long as we have border and territorial disputes, Kargil-type military conflicts cannot be ruled out.

You have successfully cast your vote

The Kargil war also highlighted several weaknesses in the Higher Defence Control Organisation (HDCO), our state of intelligence and surveillance, weapons and equipment. These were noted by the Kargil Review Committee and the Group of Ministers report. 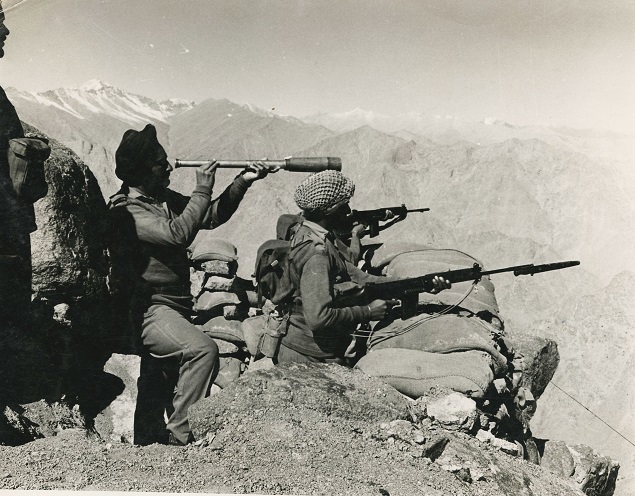 How did Kargil change India’s outlook towards Pakistan?

It was a major turning point in Indo-Pak security relations. There was near total breakdown of trust and a realisation in India that Pakistan can easily resile from any agreement, like the Lahore Declaration which it had signed only two months earlier. It was a big shock to Prime Minister Vajpayee (and the cabinet) who took quite some time to believe that the intruders were not Pakistani irregulars but Pakistan regular army personnel. Vajpayee told Nawaz Sharif: ‘Aapne pith men chhura ghonp diya’ (You have stabbed me in the back).

With the benefit of hindsight what do you think India could have done differently?

When the war began, we were reacting to a total ‘surprise situation’ created by Pakistan. Due to intelligence and surveillance failure, there was considerable confusion about the identity of the intruders within the government. Our frontline formation had failed to detect intrusion and had no clues on their location. Therefore, getting adequate information, stabilising the situation and then regaining the initiative became essential. After some time when the Indian armed forces were confident of military success in Kargil, they should have been allowed to capture some Pakistani territory across the LoC before agreeing to the ceasefire.

Since there was an element of surprise, there was a lot of jugaad required. What were some of these on-the-spur-of-the moment innovations?

Some years before Kargil, we had been starved of funds. As a result, we were functioning on 70% of our authorised budget. In the Kargil sector, we did not have clothing or shoes that were required for high altitude. We did not have surveillance devices or radars. In order to see what is going on the other side, our helicopters would go to 20,000 ft altitude to be able to see for themselves. Today, you have satellite photography and UAVs for that. One of the artillery commanders even decided to take the Bofors gun uphill in three pieces, one by one and place them on a height so that soldiers could take direct shots at the enemy. This is how we tried to overcome whatever shortages that we had.

If there was another 26/11 kind of attack, do you think India’s response would be different in view of the Uri and Balakot strikes?

I had retired when 26/11 took place but even then I was of the opinion that India needs to retaliate. If Pakistan creates such a situation again, we should retaliate. And we should retaliate strongly. It would be a deterrent and I think Pakistan requires deterrence from time to time. What kind and what type of retaliation that is for the military and politicians to decide on.

Do you think in such a situation where Pakistan continues to show duplicity that we should continue talking to them?

They are neighbours and they will remain so. I don’t believe that you should have a permanent policy of not talking to them. You have to be flexible in your policies. There should be no appeasement at all. And our talks should progress on the basis of ground realities.

Any good memories from that time?

While my main work was to strategise in Delhi, I would visit the frontline every sixth day. It was always very heartening to speak to the men and the officers. They always said ‘don’t worry, sir, we will do it.’ Nobody ever said that this is a difficult task, or that we have some major problems. In contrast I would encounter long faces among politicians and my own colleagues in Delhi. So to raise my own morale I would go to the front, to be with the boys.

India should commit to net-zero emissions, but not by 2050, climate expert says

South Delhi civic body: Engineered landfill to be set up at Tehkhand by next year

Weekly Horoscope, 19 to 25 September 2021: Check predictions for all zodiac signs – Times of India

The scientist and the AI-assisted, remote-control killing machine – Times of India