To drive home its demand for oxygen, the Delhi government on Thursday submitted data before the Delhi High Court, and suggested that while oxygen provided to the national capital by the Centre was well short of target, some states were getting more than what they had asked for.

Even as Solicitor General Tushar Mehta repeatedly insisted that Delhi’s submissions about the alleged discrimination not be recorded, the court turned down his pleas and said it was for the Centre to resolve this crisis. “You can’t duck it,” the court said. On his claim that sufficient supply was reaching Delhi, the Division Bench of Justice Vipin Sanghi and Rekha Palli said to Mehta: “That may not be correct at all. That we cannot accept. We are very clear on that. We are living here. It is people close to us who are not getting beds and oxygen. You are aware about it. We have heard about Haryana people dying, we have heard people in Meerut dying because of oxygen not being available and we have heard about Delhi. We are getting so many calls for arranging beds and oxygen,” said the court.

Since April 19, the Delhi High Court has been monitoring the Covid situation in the capital on a daily basis and has strongly castigated both the Centre and Delhi on availability of medical oxygen and its distribution.

It earlier asked the Centre to have a relook at the allocation of oxygen to Delhi since it was not getting the complete 480 MT (metric tonnes). However, on insistence of government counsel, the court had not put it on record previously. It was on Thursday that the court, for the first time, said it would want to have the Centre’s view on allocation. 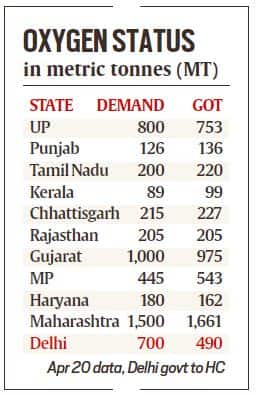 Mehta told the court the country was passing through a “crisis situation” and any “hysterical reaction which might get some debating point” would create panic.

“The Delhi government did demand 700 MT. For me, a Delhi citizen is as dear and important as a Kerala citizen. They did demand 700. The allocation is 480-490. The actual quantity coming to Delhi, 335-340, which according to our assessment at official level is sufficient,” he submitted.

When Mehta said the court cannot get “carried away”, the bench said it was taking a pan-India view and not for a moment suggesting that people die in other states.

“If, as a matter of fact, it is being put to you that the demand of a particular state was X and you have given them X + Y, then why have you not given that Y to Delhi when the demand of Delhi is more,” the court told him. Mehta said it would not be a “good call” to reduce one state’s allocation because of a request from another. “The Delhi government has been unable to lift as much as they are allotted. It is not the NDA government helping the Aam Aadmi Party government. It is the Central government helping people of Delhi. 90 per cent of our time goes in the firefighting of Delhi. We are augmenting for them even tanker capacities. Substantial chunk of tankers being imported will go to Delhi. We have logistical problems all over the country. Every state by and large has faced the problem and they have tried to solve it. I am sure Delhi is trying its best, too, but it may have its own geographical reasons. We are with the Delhi Government,” he submitted.

However, the court said the logistical issues are limited to only 50-60-70 MTs and questioned why Delhi’s allocation has remained limited to 480-490 MTs despite its rising number of cases.

Mehta responded that any statement made without knowing full facts may cause panic. The court remarked that panic is not because of what they say but “panic is because of lack of resources, not just oxygen, medicine, beds everything”.

“Hospitals are not taking patients. Those beds are lying vacant because they do not have oxygen and cannot service those beds. We have already had loss of lives in Delhi due to lack of oxygen…It has really fallen on you to resolve this. How you resolve it is your problem. We do not want to go into this. If you want to allocate something more than what is desired by some particular state, you by all means do that…so long as you serve what is for Delhi,” the court added.

When the court questioned Mehta regarding the demand and allocation of Maharashtra and Madhya Pradesh and compared it with Delhi’s, he responded: “Madhya Pradesh has three times the population of Delhi. Since three weeks there was a sudden surge. But Mr (Piyush) Goyal (Additional Secretary, MHA), you deduct Madhya Pradesh and give it to Delhi… We will try to rationalise but I have no difficulty. There is no direction from Madhya Pradesh. It would be at the cost of some lives in Madhya Pradesh but let it be…”

The court reacted sharply, “Please do not project it like that. Don’t project it as if we are wanting something and taking away…Sorry, we don’t appreciate this. We are going by facts and figures. Let’s not get emotional about it. You have to beat this head on. You can’t duck it. When the demand was 445, how do you allocate 540 (to Madhya Pradesh) and if the demand is 1,500, how do you allocate 1,616 (to Maharashtra)?”

Mehta repeatedly insisted the court not to record Delhi’s submissions claimimg that the matter was being politicised. However the court said, “We are sure if you have a response, you should have confidence that we will appreciate your response.”

It is also recorded in the order, “We make it clear that by no means are we interested in securing for Delhi oxygen more than what’s required and that too at cost of any other state or Union Territory. However, if submission of Delhi or Amicus were to be accepted, it would appear the Central government would be required to explain this.” 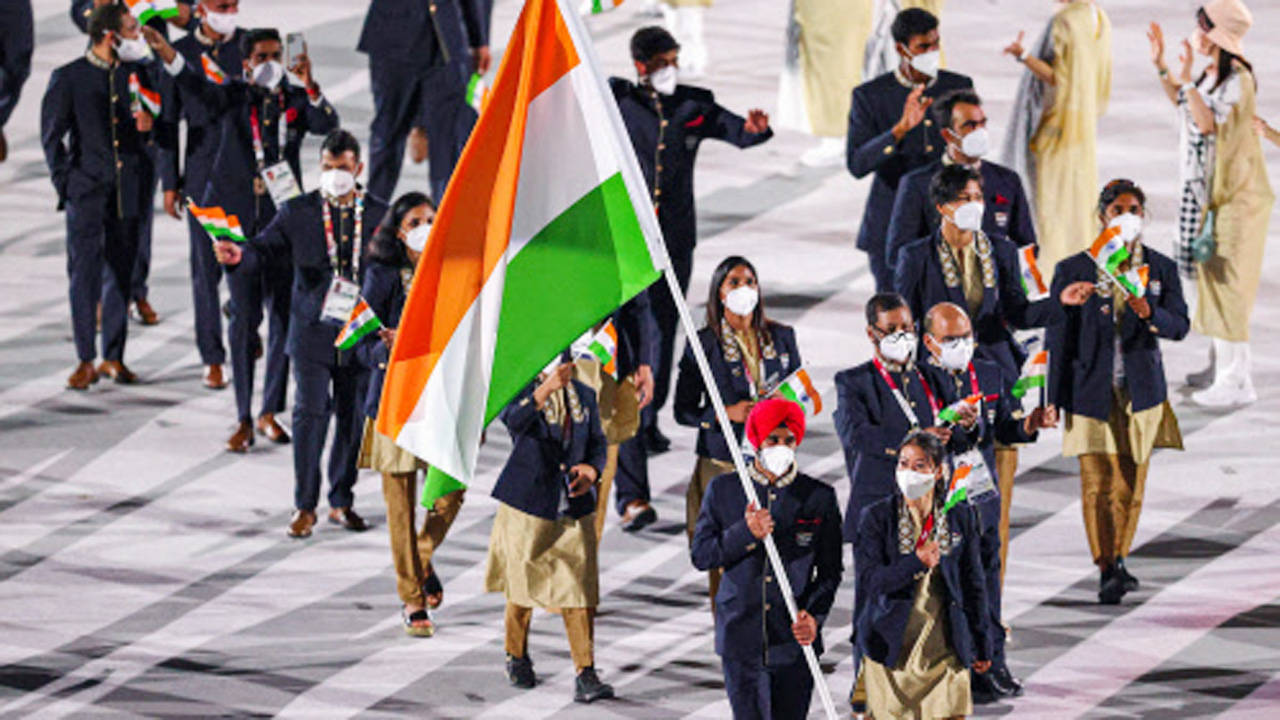