‘Founding father’ of Indian Army’s 17 Kumaon Regiment, 96-year-old war veteran Brigadier Atma Singh died at his home in Delhi’s Anand Vihar on Monday. Hours after his death, his wife Sarla Atma (84) breathed her last at Delhi’s Medanta hospital. Both husband and wife had Covid, and died a week after they were infected, their family said.

Their elder daughter, Kiran Choudhry, a Congress MLA from Haryana, said her parents’ bodies were cremated at Delhi Cantt on one pyre.

“I am devastated by the loss but we knew they would leave together. They loved each other a lot and my father always said he won’t leave my mother grieving over his death. My father died at home and my mother passed away at the hospital. The Indian Army put their bodies on one pyre and cremated them. They were the perfect couple,” said Kiran.

At the time of the war Br. Singh was serving in the Army as a Lieutenant Colonel and was shot in the abdomen and on his hand.

“My father was involved in four surgical strikes, including during the Mizo insurgency. He was brave and always talked about his assignments. After the Indo-Pak War, his regiment was conferred the Bhadauria Battle Honours. We could never talk about his bravery because all these achievements were part of covert operations. My father was a simple man… he loved the Army,” said Kiran. 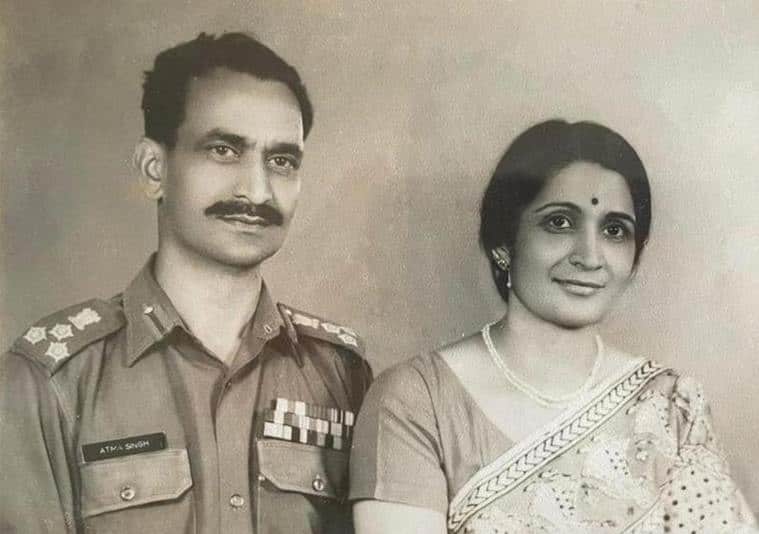 The family said Br. Singh served in the 1971 Indo-Pakistan War as he led the 17 Kumaon Regiment in East Pakistan’s Bhadauria.

His friends and colleagues said he was “strict” yet “compassionate” to his subordinates.

“He always took care of his regiment and their families. During the war, he would not talk about anything but war. He emerged victorious and was soon promoted by the Army. He was an idol for us ,” said Br. Singh’s friend and colleague, Captain RYS Chauhan (76), who fought the 1971 war alongside him.

Ct. Chauhan, who was part of the regiment, said: “I last met him during the Annual Raising Day of the regiment in 2018. He was old but always attended the function to meet officers.”

Br Singh’s family said he used his savings to make “silver trophies” for his regiment officers and gifted them on the Annual Raising Day.

His junior and war veteran, Colonel K Pathak, said Br. Singh was a “religious” man who motivated everyone around him to have faith.

“I still remember the war days. He was shot in the hand and abdomen on December 9, 1971. He was immediately evacuated and taken to a medical facility. Even at the facility, he continued to talk about the war. I miss him and his wife. Sarla ji was always sweet to us. He was a fatherly figure for the regiment, cool-headed. All his subordinates felt secure under his wings” said Col Chauhan.

The family said Br. Singh pursued an MBA degree after his retirement. He also played hockey and loved writing and reading. Kiran said her father always gifted her books on birthdays. “He was a voracious reader and sent me books. He would always flag and underline important pages and lines,” she said.

Their mother, Sarla, was a strong woman who raised three children “single-handedly” when Br. Singh was at the border, she said.

“My grandfather, Jainti Ram, also served in the Army during the Second World War. My mother always knew the hardships of war and understood my father. She loved colors; her favourite was red,” said Kiran.

“We didn’t tell her about our father’s passing but we think she knew. She refused to be put on a ventilator. We later tried to but while we were busy doing the paperwork, she passed away,” said Kiran.

In Pics: India@Tokyo Olympics on July 25 | The Times of India

Dharmendra shares throwback photo with his “Guddi” Jaya Bachchan as he reunites with her in ‘Rocky Aur Rani Ki Prem Kahani’, reveals she was his fan – Times of India

No space will be left in hospitals if COVID-19 cases keep rising: Bangladesh govt warns