RCB vs MI: Live Blog | Live Scorecard | Target for MI – 202
12 overs: MI 83/4, need 119 off 48 balls
Successful comeback over from Adam Zampa – a wicket and six runs off it. The asking rate is almost touching 15 per over for Mumbai.
11.2 overs: OUT! Adam Zampa removes Hardik Pandya (15). MI 78/4
Virat Kohli is pumped up in the middle. Third catch for substitute fielder Pawan Negi as Adam Zampa ended Hardik Pandya’s stay. Hardik hit a six for his 15 off 13 balls. Mumbai are going down fast in the big chase.
11 overs: MI 77/3
14 RUNS! Big one for MI as Ishan Kishan (38*) hit two sixes off Navdeep Saini in the over. Mumbai need more such over to close down the deficit.
10.1 overs: SIX! Ishan Kishan (31*) smacks Navdeep Saini straight down the ground for his second maximum. MI 69/3
* Bowling change: Navdeep Saini back into the attack
10 overs: MI 63/3, need 139 off 60 balls
Washington Sundar completed his spell with another brilliant over – just 5 singles off it. Sundar’s final figures: 4-0-12-1. SIMPLYBRILLIANT!
* Washington Sundar back into the attack after the break
Time-Out!
9 overs: MI 58/3, nee 144 off 66 balls
Another good, tidy over from Yuzvendra Chahal, six singles off it. Mumbai need big overs quickly to be in the hunt. RCB are firmly in the driver’s seat at the moment.
8 overs: MI 52/3, need 150 more off 72 balls
11 RUNS! Five singles and a six off Adam Zampa’s first over. Good one for Mumbai.
* Hardik Pandya (9*) brings up MI’s 50 with a huge six over deep mid-wicket off Adam Zampa. MI 51/3 in 7.5 overs
* Another bowling chase: Adam Zampa comes into the attack
7 overs: MI 41/3
Successful start from Yuzvendra Chahal – a wicket and 6 runs off it.
6.4 overs: OUT! Yuzvendra Chahal dismisses Quinton de Kock (14). MI 39/3
Chahal struck in his first over as he removed de Kock. De Kock miscued his slog sweep and found substitute Pawan Negi at deep mid-wicket. Mumbai three down early in chase of a big target.
* Bowling change: Yuzvendra Chahal comes into the attack
6 overs: MI 35/2
Washigton Sundar got his third over in the Powerplay, but came out on top of the MI batsmen as he gave away just four singles in it. Sundar’s figures so far: 3-0-7-1
5 overs: MI 31/2
Navdeep Saini recovered well after being hit for a big six over fine leg by Ishan Kishan off the second ball as the pacer gave away just one single more in the over.
* Bowling change: Navdeep Saini comes into the attack
4 overs: MI 24/2
Another brilliant over from Washington Sundar, just a single from it.
3 overs: MI 23/2
Ishan Kishan opened his account with a four off Isuru Udana, but the pacer gave away just 7 runs in it while taking a wicket.
2.2 overs: OUT! Isuru Udana strikes to dismiss Suryakumar Yadav (0). MI 16/2
Good catch from AB de Villiers behind the stumps as debutant Irusu Udana took his first wicket for RCB. Brilliant start from RCB bowlers and MI are in big trouble chasing a big total.
2 overs: MI 16/1
What a start from Washington Sundar – a big wicket and 2 runs off it.
1.4 overs: OUT! Washington Sundar gets rid of Rohit Sharma (8). MI 14/1
MASSIVE BREAKTHROUGH! Sundar gave RCB a big wicket early in the innings. Brilliant bowling from the off-spinner, as he set up the wicket quite well. After three dot balls, Rohit tried to break the shackles but hit it straight to substitute fielder Pawan Negi at deep mid-wicket.
* Washington Sundar will share the new ball with Isuru Udana
1 over: MI 14/0
Brilliant start from MI openers. Rohit Sharma (8*) hit a six and Quinton de Kock (5*) ended the Isuru Udana over with a four.
0.3 overs: SIX! Rohit Sharma (7*) smacks Isuru Udana over fine leg for first maximum of the run chase. MI 9/0
WELCOME BACK! Quinton de Kock and Rohit Sharma to start the MI run chase. Isuru Udana with the ball for RCB.
That’s it! Royal Challengers Bangalore post 201/3 against Mumbai Indians in Dubai
Fifties from Aaron Finch (52 off 35 balls), Devdutt Padikkal (54 off 40) and AB de Villiers (55* off 24), and a little cameo from Shivam Dube (27* off 10) took RCB to a massive 201/3, in 20 overs, against MI in Dubai. MI have a big task in hand now.

FIFTY!AB de Villiers is on fire here in Dubai. Brings up a splendid half-century with a MAXIMUM.#RCBvMI… https://t.co/DA6d6TzSUL

#MumbaiIndians have won the toss and they will bowl first against #RCB in Match 10 of #Dream11IPL.#RCBvMI https://t.co/5wCYaPh9j0

Pitch Report:
“A week back, this pitch had tufts of grass, which is missing today. The surface is very dry and that means the seamers might not enjoy the conditions. There are some long boundaries on this ground and the dew factor has been minimal” – Kevin Pietersen and Michael Slater
TEAM NEWS | Adam Zampa and Isuru Udana get their RCB caps
* Bumrah has taken most wickets against RCB – 16, including his debut performance of 3-32 in IPL 2013
* MI have also won 7 of the last 8 encounters against RCB since IPL 2016
* Mumbai Indians hold a 16-9 Head-to-Head advantage over Royal Challengers Bangalore
Hello and welcome to the live coverage of Match No. 10 of the Indian Premier League 2020 between Royal Challengers Bangalore and Mumbai Indians in Dubai. 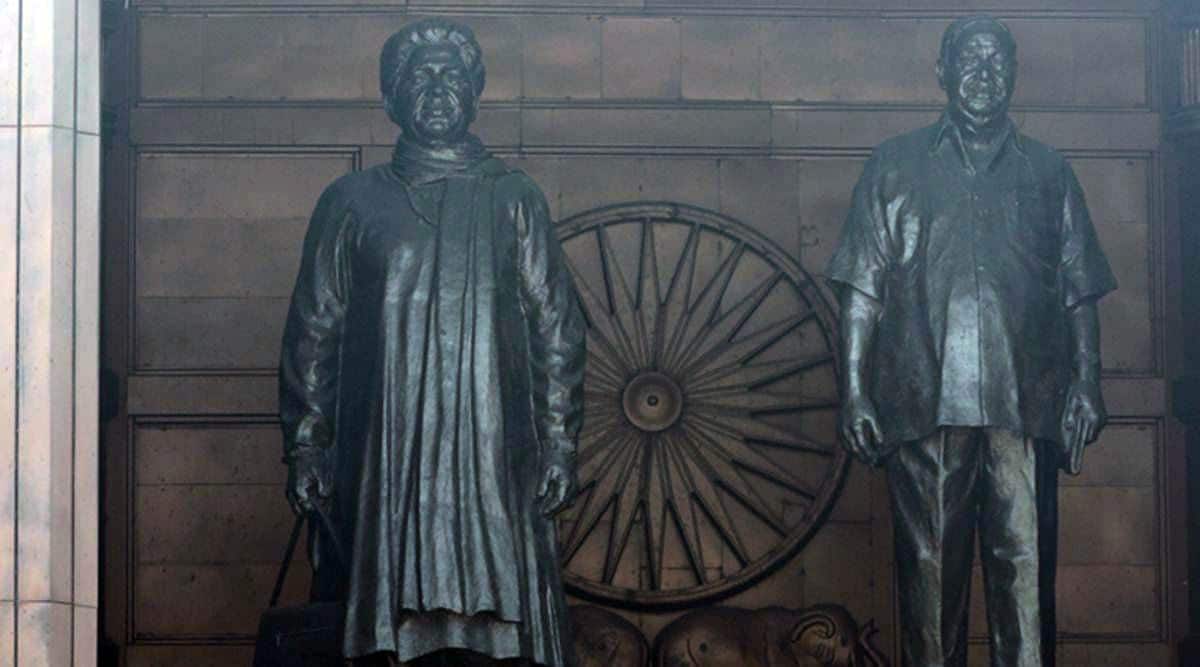 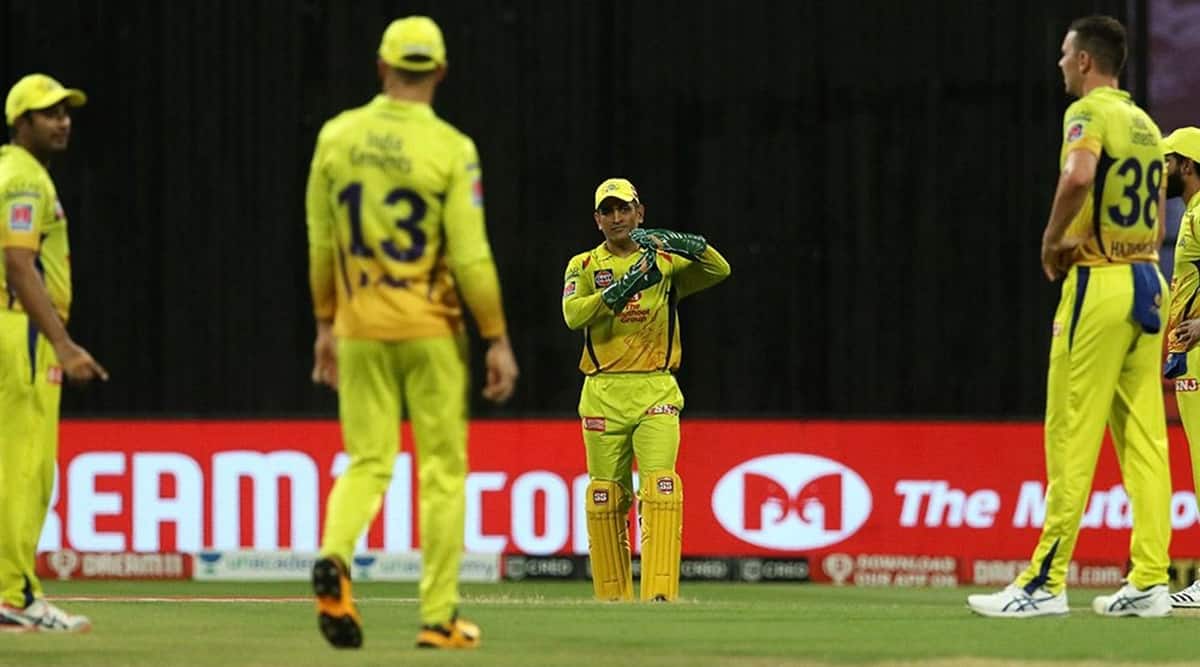 IPL 2020: We didn’t see the spark in our youngsters to push them in, says MS Dhoni