On the six-month anniversary of the state’s first COVID-19 case, SA Health Saturday revealed the man, aged in his 20s, tested positive after flying from Melbourne into Adelaide at 9.54am on Tuesday.

On arrival he went into self-isolation at the family home he shared with his aged care worker mother and aunty.

While both returned negative “rapid” tests, their western suburbs workplaces, the Ridleyton Greek Home for the Aged, Brompton, and The Philip Kennedy Centre Residential Care facility at Largs Bay were locked down amid fears the virus may infect residents.

The latest patient, who flew home a day before a Victorian hard border was put in place, was in quarantine at the CBD’s Pullman Hotel, last night after authorities were alerted to his case on Friday.

His asymptomatic relatives are isolating at their western suburbs house. Another further 18 Jetstar flight JQ774 passengers considered “close contacts” were ordered into isolation because he did not wear a fresh mask.

The man, the state’s 451st patient, had mild “respiratory” symptoms and is among four “active” or contagious cases.

A paramedic, aged in her 20s who contracted the virus on a Victorian mercy mission, is also in quarantine at the Pullman.

Announcing the latest case just 700m from the Largs Bay facility operated by Southern Cross Care Prof Spurrier said no other aged residents or workers were forced into isolation. Both are due to reopen today.

She said authorities were keeping close watch before all positive patients and close contacts would be tested again on their 12th day in quarantine.

“We had a little bit of concern about that because both those family members were in the aged care sector,” she said.

“But I am able to completely reassure people that has been ruled out.”

She said she was not worried and can be “very, very reassuring” given the workers’ negative results.

“However, when you look at what’s happening in Victoria, it is incredibly concerning.”

A Southern Care spokesman said SA Health had told bosses there was no requirement to isolate residents or other staff.

He said an “outbreak response plan” was immediately launched that locked down the facility and isolated affected residents in their rooms with regular symptom checking.

An emergency response team of specially-trained care staff were engaged and full personal protective equipment was enforced as was special cleaning, laundry management and food protocols.

The Ridleyton Greek Home also locked down certain areas. A spokesman was unavailable.

The Advertiser last week revealed SA’s 284 aged-care homes face a new health crackdown to protect vulnerable residents from a coronavirus second wave that has ravaged the sector in Victoria.

After 170 expatriate Australians arrived in Adelaide Saturday from India, Prof Spurrier said: “We may very well have more cases … but you will hear about them when we report about it (on Sunday)”.

Another two flights are due to arrive in Adelaide this week as SA Health opens a third city “medi-hotel” at the Peppers Hotel, on Waymouth Street.

New police figures show almost 13,000 crossings were made over the Victorian border in the past week, in which a crackdown banned all but essential travel into South Australia. “I think what we’re seeing is a trickle over the border of the second wave that Melbourne has,” Prof Spurrier said.

“We do not have any community transmission that we know about in (SA) but we’ve got to keep it that way. This is the reason why the borders need to be made so difficult.”

In the past week 34 travellers have been fined for breaking coronavirus restrictions, including four people who refused to take a mandatory COVID test.

Police have arrested eight people including a New South Wales couple, aged 25 and 20, for allegedly sneaking into SA to sell a dog. A Victorian woman, 26, allowed into SA on compassionate grounds was found at Kingston SE, more than 100km from her legal Millicent address.

She then allegedly left that home and breached quarantine rules.

All will spend the weekend in jail before fronting court.

Health Minister Stephen Wade said of the breaches: “I am amazed and very disappointed that people seem to think these directions are not very serious.”

Police Commissioner and the state’s COVID co-ordinator, Grant Stevens, said the hard Victorian border was in place for at least four weeks.

“I honestly don’t see any change for the foreseeable future,” Mr Stevens said.

The Advertiser on Saturday revealed officials are now testing ”upstream” when a patient contracts COVID-19 to identify a possible infection source, along with “downstream” to prevent it spreading to other contacts.

She said SA Pathology was close to launching a testing booking system at drive-through clinics instead of patients needing a GP referral. “It is because … we don’t want a whole lot of traffic congestion,” she said.

Officials are also monitoring self-collection and saliva testing in Victoria.

Meanwhile, South Australians were warned to reconsider Queensland travel amid a possible border crackdown and a young paramedic contracted COVID-19 on a Victorian mercy mission.

Friday’s case, the seventh in the past 10 days emerged hours after the Transition Committee raised “concerns” about Queensland’s issues.

Police Commissioner and the state’s COVID-19 co-ordinator Grant Stevens revealed stricter border controls with the Sunshine State were being considered as he warned wider restrictions are likely to stay until at least Christmas.

The new clampdown, which could have major implications on the AFL season, came after a Brisbane man, 27, on Friday became its first community transmission patient in two months.

The case, in which an infection source is a mystery, is linked to three women charged with lying about visiting Melbourne before they “ran riot” in Queensland.

Mr Stevens said the committee had “quite a big discussion” about implications the group’s actions had on SA.

“It would be my advice to anybody who is planning to travel to Queensland, they reconsider their need to travel, unless they can accommodate a 14-day quarantine period,” he told The Advertiser.

“We just can’t afford to take the risk of someone moving through the Queensland community, contracting the virus and then coming back without any restrictions into South Australia.

“We are now talking about, do we have to impose some of those restrictions for border movements that we were able to lift? That’s disappointing.”

The state’s medical community has “thrown its arms around” the female paramedic, aged in her 20s. She was in a stable condition with mild symptoms in quarantine at the Pullman Hotel, Hindmarsh Square, on Friday night.

She was among 21 paramedics who volunteered to fight Victoria’s escalating crisis. Her roles included swabbing residents in Melbourne’s locked-down high-rise towers. She tested positive on return to Adelaide Airport on Wednesday night before she and her colleagues were immediately placed in isolation.

Authorities don’t consider her a community threat and praised her actions to minimise risk, including wearing a face mask on the flight home.

Her colleagues have returned negative results.

“We are wrapping the SAAS family arms around our paramedic,” said her boss, SA Ambulance Service chief executive David Place.

“She is very humbled by the Premier (Steven Marshall) and Health Minister (Stephen Wade) calling her; she’s in good spirits. She has a smile on her face,” he said.

Prof Spurrier said she had a close contact on the flight.

“We have no concerns about any (other) close contacts,” she said. “It is part of the risk of this sort of work.”

A Malaysian Airlines flight from New Delhi is due to land in Adelaide on Saturday with 170 passengers who will enter hotel quarantine. Prof Spurrier said it was likely to include infectious passengers.

On Friday 11 nurses flew to Melbourne to help fight Victoria’s surging aged care home cases. Up to 50 nurses are expected to serve in fortnight rotations in coming weeks. A paramedic remains there in a leadership role.

Mr Stevens said a COVID life was likely for months.

“I don’t see much changing between now and Christmas in terms of how we behave in the community,” he said.

“Living in an environment where we should expect that we may have restrictions imposed on us. Uncertainty around the ability to travel.

“All of these things that we’re grappling with, I think are still going to be in front of mind for the next few months.

“And beyond that (we) take a glass half-full perspective and hope there’s a fresh start to 2021 and we will see what that looks like.” 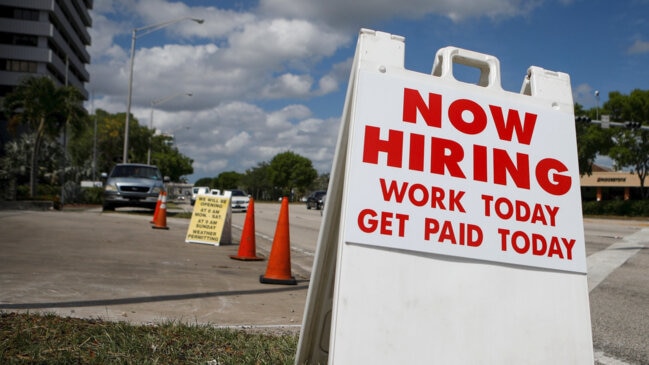