Former West Indies captain Darren Sammy and Chris Gayle during net practice ahead of their match against India at Wankhede Stadium in March, 2016. (Express Photo by Kevin D’Souza)

Chris Gayle has come out in support of Darren Sammy, who recently alleged racial abuse during his time in the Indian Premier League. Gayle said, “It’s never too late to fight for the right cause.”

Former West Indies skipper Sammy on Tuesday made fresh allegations against his Sunrisers Hyderabad teammates, saying that he remembered being called ‘Kalu’ while his teammates laughed when he played for the IPL franchise in 2014.

Gayle wrote, “It’s never too late to fight for the right cause or what you’ve experienced over the years! So much more to your story, @darensammy88. Like I said, it’s in the game!!”

It’s never too late to fight for the right cause or what you’ve experienced over the years! So much more to your story, @darensammy88. Like I said, it’s in the game!! ✊🏿✊🏿✊🏿 https://t.co/w7btmQ3cYf

Gayle had raised his voice against racism in cricket earlier as well, when protests continued to intensify after George Floyd’s death in police custody in Minneapolis. Asking to not take black people for fools, the 39-year-old had said: “Black lives matter just like any other life. Black people matter, p***k all racist people, stop taking black people for fools, even our own black people wise the p***k up and stop bringing down your own!”

“I have travelled the globe and experience racial remarks towards me because I am black, believe me, the list goes on,” Gayle wrote in his Instagram story. “Racism is not only in football, it’s in cricket too. Even within teams as a black man, I get the end of the stick. Black and powerful. Black and proud,” he added.

In an Instagram post with caption ‘Knowledge is power’, Sammy wrote, “So recently I discovered a word that I was being called was not what it actually meant I need some answers. So before I start calling out names I need these individuals to reach out and please tell me there’s another meaning to that word and when I was being called it,it was all in love.” 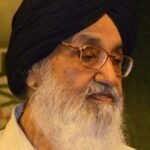