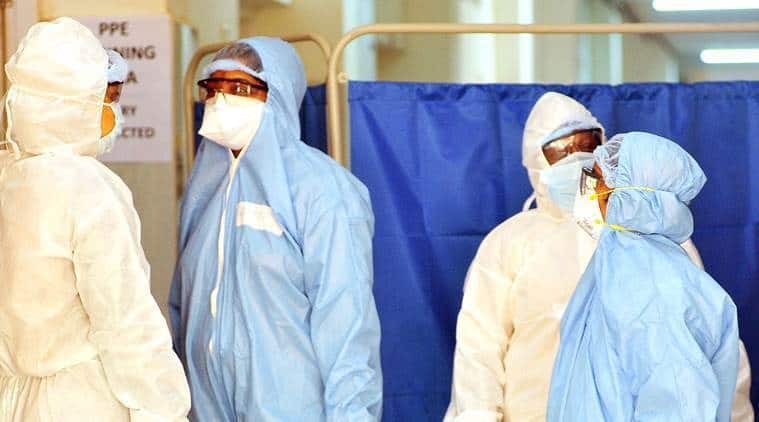 An analysis of the cases in Dharavi by the civic body revealed that over 75 per cent of the cases in the area are in the age group of 21 to 60 years. Around 47,500 houses in the locality were screened by doctors and private clinics.  (Representational Image )

Covid-19 cases in Dharavi, said to be Asia’s largest slum and a novel coronavirus hotpot, has started showing a declining trend. On Monday, it saw a drop in its daily rise of new coronavirus cases with the detection of 12 new COVID-19 cases, taking its total tally to 1,924. This was the fifth straight day when less than 20 cases were reported from the slum cluster. Dharavi has also not reported a single death due to coronavirus since May 30.

It has so far reported 71 COVID-19 deaths while 939 people have recovered.

Kiran Dighavkar, assistant municipal commissioner, G/north said, “Aggressive testing and scanning of the population through fever clinics helped in tackling the Covid-19 challenge in the area. We could identify the people showing symptoms who were then isolated, which helped in either containing further transmission of the virus.”

Since April 1, when the first case was reported from Dharavi’s Baliga Nagar, BMC has screened 3.6 lakh people from the area, out of which 8,246 were senior citizens.

According to the civic body, there is a decline in the spread of COVID infection in Dharavi, as there were 43 cases on an average daily in May that came down to 27 cases daily in the first week of June.

An analysis of the cases in Dharavi by the civic body revealed that over 75 per cent of the cases in the area are in the age group of 21 to 60 years. Around 47,500 houses in the locality were screened by doctors and private clinics.