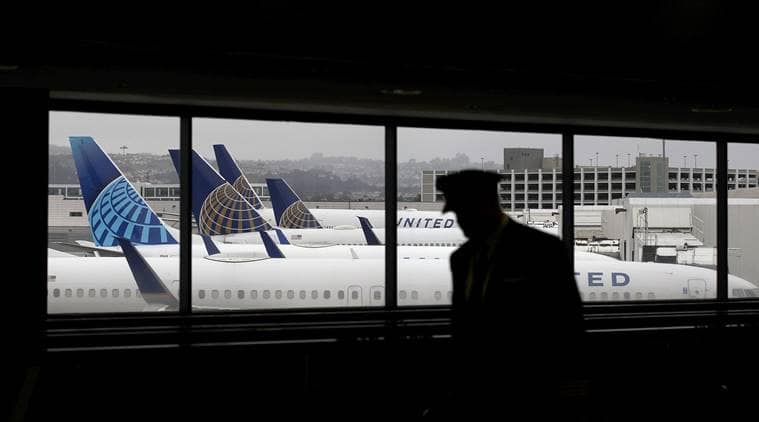 A pilot walks by United Airlines planes as they sit parked at gates at San Francisco International Airport on April 12, 2020 in San Francisco, California. (Photo by Justin Sullivan/Getty Images)

Growing tensions between the US and China have expanded to the airline industry as the Transportation Department accused its counterpart in Beijing of blocking American carriers’ attempts to resume service there.

The DOT late on Friday announced that China had violated a bilateral agreement allowing airline service between the two countries by failing to respond to requests by Delta Air Lines Inc. and United Airlines Holdings Inc.

China “impaired the operating rights of U.S. carriers and denied them the fair and equal opportunity to exercise their operating rights,” the department said in a notice posted to a government website.

The order stopped short of imposing any restrictions or penalty on the four airlines from China serving U.S. markets, but is a warning after repeated objections by the U.S. failed to get action, the government said. It requires the Chinese carriers to notify the department of their schedules and any proposed changes they intend. China’s embassy in Washington didn’t immediately respond to an email requesting comment.

The Covid-19 pandemic has led to an increasing rift between the U.S. and China. President Donald Trump has repeatedly blamed China for the virus’ spread and both nations have taken actions aimed at the other, such as expelling journalists.

Starting in February, the U.S. began restricting arrivals of people from China to prevent the spread of the virus. Flights between the two countries fell from about 325 per week in January to only a few dozen.

Earlier this year, China set March 12 as a baseline for resumption of service between the two countries. Because Delta, United and American Airlines Group Inc. had already halted service to the Asian nation by then, it put them at an unfair disadvantage, the DOT said.

“The department is taking this step because Chinese aviation authorities have imposed restrictions on U.S. carriers that are making it impossible for them to resume passenger services between the US and China and operate those services at levels that they have a right to operate under the U.S.-China air transport agreement,” the department said in a statement on Saturday.

United had no comment on the DOT order, spokesman Frank Benenati said in an email. “We look forward to resuming those flights — to the benefit of our customers and communities in the U.S. and China — when the regulatory environment allows us to do so,” he said.

Delta didn’t immediately respond to a request for comment.

The DOT order was earlier reported by Reuters.