Tweets and statements by Pawar, indicate that he is keenly keeping track of the state and its governance. Most of the times his tweets have suggestive tone but often are directive or instructive too. 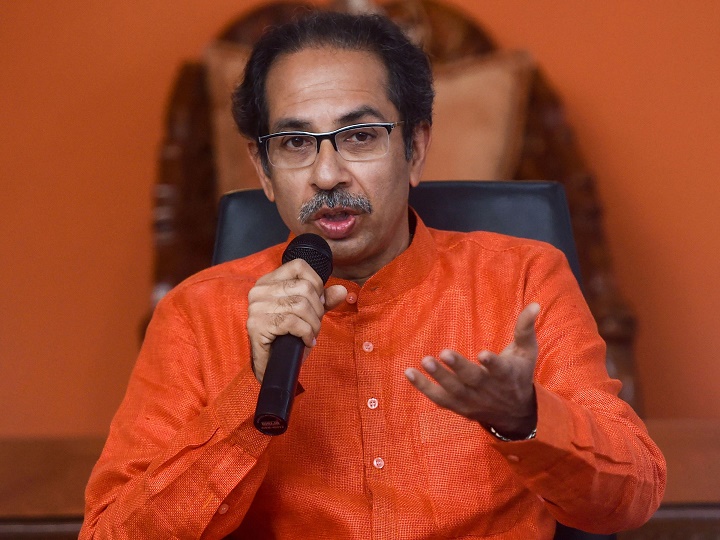 New Delhi: ‘I am not interested in becoming Chief Minister once again. I have already been CM four times’, said Sharad Pawar in a press conference at New Delhi when the political fiasco after Maharashtra Vidhan Sabha polls was going on. True, the CM’s chair went to Uddhav Thackeray in MVA alliance, but in the political corridors of Maharashtra, the general perception is that Sharad Pawar is calling the shots. Looking closely at first 6 months of MVA government one can deduce that the remote control of power remains in the hands of Sharad Pawar like in 1995 it was with late Bal Thackeray inspite of Manohar Joshi becoming the CM.

Look at the tweets and statements by Pawar. They indicate that he is keenly keeping track of the state and its governance. Most of the times his tweets have suggestive tone but often directive or instructive too. Sharad Pawar has not been just the architect of this government but has a great influence over its policies & decision making.

Since the MVA government has been formed with parties having differing ideologies & agenda, it was speculated that it would not survive for long. Several instances of frictions among the coalition partners provided credence to such speculation. The controversy over Rahul Gandhi’s statement on Savarkar, Shiv Sena’s stand on CAA & NRC & the taking over of Bhima-Koregaon riots by NIA were seen as potential triggers to ignite discontent within coalition partners. However, such issued were watered up at the initial stages before they could flare up till the extent of jeopardising the government. Everytime, it was intervention of Sharad Pawar which prevented things going worse. A minister of MVA government when asked about the survival of the government aptly replied – “Long live Sharad Pawar”, indicating that the MVA government would survive till the time Sharad Pawar is in control of his party and the government.

It is Sharad Pawar who has been at the most advantageous position inspite of his party – the NCP, being number 3 in terms of seats won in Vidhan Sabha elections. He was keenly observing the rift between Shiv Sena-BJP coalition much before the elections & was successful in capitalizing it by offering Shiv Sena the CM’s chair & keeping other major portfolios with his own party. The NCP got much needed oxygen which was struggling for survival due to defections by its stalwarts.

Although, nothing much in the current scenario suggests that there is bitterness within the coalition partners, but within the NCP it is believed that Sharad Pawar has an option with him to keep his party in the power  in case any of the coalition partner withdraws. And Pawar’s this future planning is observed in the fact that the MVA government which De Facto functions under his supervision has not done anything which could antagonize the BJP. Like few Congress ruling states no resolution in the legislature was allowed to be passed against Citizenship Amnendment Act (CAA). The Shiv Sena which had taken contradictory stands at the time of voting over the bill in upper & lower house of the parliament ultimately began talking in favour of the act. Uddhav Thackeray who was initially vocal in opposing the act gave an extensive interview in his party’s mouthpiece Saamana and supported it. Similarly, when the National Investigation Agency (NIA) decided to take over Bhima-Koregaon riots investigation much furore was created for the optics & it was said that the MVA government would take legal opinion to stall the centre’s move. However, one day Pune Police silently gave its no objection to taking over the probe and handed over the papers to the NIA officials. Although, for public consumption Sharad Pawar expressed his displeasure towards Uddhav Thackeray but in political corridors it was clear that Thackeray would never risk taking such a major decision unilaterally. There was a full stop on the issue after that. Another question which Sharad Pawar was being repeatedly asked after MVA government came in the power was – `Will the government reopen the suspicious case of special CBI court judge B.H. Loya?’ To this Sharad Pawar categorically replied – `If there is something in it then reinvestigation should be done. If not, then it is not right to make baseless allegations on anyone either’. Few days later Maharashtra’s home minister Anil Deshmukh who is from the NCP also stated that he was yet to receive any fresh evidence in the case on the basis of which a reinvestigation could be ordered. Nothing more happened in that regard. In political circles it is believed that any such move would have antagonized the BJP and would have been seen as an act of vengeance.

`Nobody wants to burn bridges with the BJP’, observes Dhaval Kulkarni, political journalist & author of the book `Cousins Thackeray’.  He explains that it is a matter of time that Uddhav Thackeray who is now lacking administrative experience will begin asserting himself once he learns ropes of governance. This could later on lead to frictions. `Uddhav Thackeray is not a kind of person who will like to play second fiddle to anyone and nor is Sharad Pawar. Considering if something erupts between them then everybody wants to keep their options open’.

The option of going along with the BJP was already there with Sharad Pawar. In an interview to ABP News, Pawar had mentioned that PM Modi himself proposed to him to form a government in alliance with the BJP in Maharashtra when the political fiasco was going on. In 2014 also, Pawar had announced outside support to Fadnavis government when the BJP & the Shiv Sena fought the elections separately. The BJP emerged as the single largest party but was short of majority. It was due to Pawar’s support that Fadnavis government survived the trust motion. In today’s scenario also the NCP is at the advantageous position. If something goes wrong with the Shiv Sena then numbers are enough to form a government with the BJP (BJP 105 + NCP 54 =159). The total number of MLAs of both the parties goes much beyond the required magic figure of 145.

Similarly, the Shiv Sena has also abstained from targeting the BJP. Especially, no serious verbal attack has been made against PM Modi or Home Minister Amit Shah since Uddhav Thackeray has become the CM. Their only target is the leader of opposition Devendra Fadnavis. From Shiv Sena end the whispers are that if something goes wrong in the MVA government then a reconciliation with the BJP could happen keeping Fadnavis away. There is still scope to revive 3 decades old partnership.