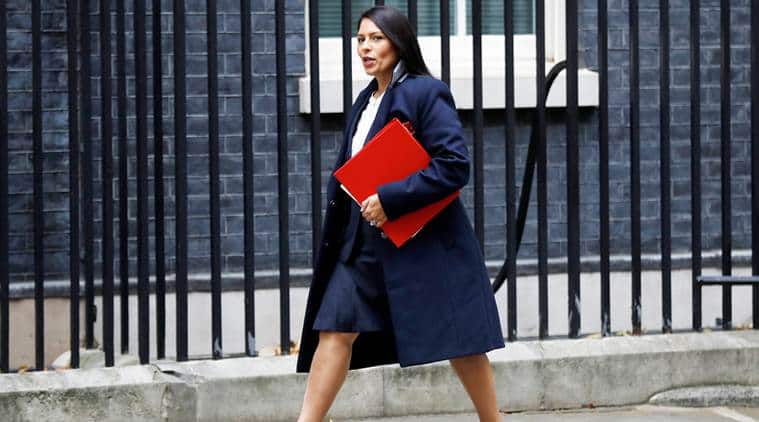 The British government has extended a COVID-19 Bereavement Scheme, which grants permanent UK residency to the family members of overseas medics who die after contracting the coronavirus, to all healthcare staff and social care workers.

UK Home Secretary Priti Patel on Wednesday said the scheme will apply not only to the families and dependents of foreign doctors and nurses killed on the National Health Service (NHS) frontline during the pandemic, but also to lower-paid NHS support staff, including from India.

“Every death in this crisis is a tragedy, and sadly some NHS support staff and social care workers have made the ultimate sacrifice in the pursuit of saving the lives of others,” the Indian-origin Cabinet minister said.

“When I announced the introduction of the bereavement scheme in April, I said we would continue to work across government to look at ways to offer further support. Today we are extending the scheme to NHS support staff and social care workers,” she said.

The UK has so far officially recorded 312 healthcare-related deaths from coronavirus — 181 of them in the NHS and 131 social care workers within the healthcare sector. These deaths include many Indian medics, who make up one in 10 of all foreign-born doctors in the NHS.

The Bereavement Scheme launched last month means the families and dependents of these healthcare sector employees, who have died due to the deadly virus in the line of duty, are eligible for indefinite leave to remain (ILR) in the UK, free of charge.

This permanent residency option will now also cover support staff and social care workers who die as result of contracting coronavirus, effective immediately and retrospectively. “We want to ensure families have the support they need and so this will be effective immediately and retrospectively,” Patel said, adding that the move was in recognition of their “tireless dedication and selflessness”.

UK has reported over 249,600 coronavirus cases and more than 35,780 deaths due to the deadly infection. The Home Office said a dedicated team will work directly with NHS Trusts and employers to identify family members to whom this extension may apply and arrange for the issue of indefinite leave to remain to them.

Detailed records of coronavirus deaths are being compiled and it will be reflected on the death certificate, it said.

The extension follows criticism of the government’s scheme by the Opposition Labour Party and workers’ union after it emerged that it would not cover lower-paid workers such as cleaners and porters working within the healthcare sector.

Labour’s Chair of the influential Home Affairs Select Committee, Yvette Cooper, who had raised the issue with Patel, welcomed the government’s move. “It would be unthinkable to ask a family who had lost a loved one as a result of caring for people with COVID-19 to leave their home and the country when they have already given so much to the UK fighting against this awful virus,” she said.

A further battle around overseas NHS workers remains ongoing after British Prime Minister Boris Johnson ruled out any prospect to review the Immigration Health Surcharge (IHS) attached to all UK work visas in the House of Commons on Wednesday.

“We must look at the realities that…(the NHS) needs funding and those contributions actually help us to raise about 900 million pounds. It is very difficult in the current circumstances to find alternative sources, so I do think that is the right way forward,” he said, in response to Opposition Leader Keir Starmer’s challenge over the fairness of the surcharge on medics already contributing directly to the NHS.

The Labour Party now plans to seek an amendment to the Immigration Bill to exempt NHS staff, including cleaners and care professionals, from the surcharge. And, there is a likely rebellion within Johnson’s own ranks over the issue as the

The IHS, introduced in April 2015, is imposed on anyone in the UK on a work, study or family visa for longer than six months and is set for a further hike from 400 pounds to 624 pounds per year.

With the charge applicable on each member of a family, the overall cost is seen as prohibitive in a number of cases, over and above the other tax payments.

The British Association of Physicians of Indian Origin (BAPIO), which represents Indian doctors in the UK, is among the bodies campaigning against the IHS for years.

“We believe that this surcharge is discriminatory and unfair, as the overseas workers are already paying their due share of National Insurance contributions, superannuation and income tax,” BAPIO said.