The announcement by Prime Minister Narendra Modi of an economic policy package amounting to Rs 20 lakh crore, described by finance minister Nirmala Sitharaman as a stimulus, to counteract the impact of the coronavirus disease (Covid-19) has turned out to be a case of flattering to deceive. It had been received with shock and awe as it had appeared substantial and bold. Even though it had been stated that the package included the financial counterpart of the Reserve Bank of India (RBI)’s measures and the government’s outlay under the Pradhan Mantri Garib Kalyan Yojana in March, the assessment was that the resulting stimulus would yet be substantial. The details, however, were revealed days later, and there is widespread disappointment at the contents. There is now shock that given the severity of the crisis, the central government has done so little after having remained silent for over seven weeks.

Before the details were announced, the guessing game had been to figure out the allocation of the enhanced fiscal outlay assumed to be coming. This is because the economic impact of government spending will vary, depending upon whether it is used to rebuild Lutyens Delhi, build roads and bridges in the four corners of the country and in its middle, recapitalise public sector banks or retire public debt. Now that the contents of the economic package are public knowledge, this has turned out to have been a futile exercise. There will be negligible additional spending by the government.

Over and above the commitments already made by the government and RBI, the largest item in the package is a provision of Rs 3 lakh crore to guarantee loans to the micro, small and medium enterprises (MSME) sector to be made by commercial banks. While this is creative from a financial viewpoint, it is similar to RBI’s existing liquidity-enhancing initiatives. Thus, a little over half the package comprises liquidity provision, by RBI and the Government of India, and the government’s relief package of March 26. The rest is a ragbag of funds aimed at various sectors of the economy. These, such as the proposal aimed at expanding infrastructure for agriculture, cannot be faulted, but their impact may reasonably be expected only in the medium-term. The provision of loans amounting to Rs 90,000 crore from power public sector units to distribution companies in the electricity sector is imaginative too, but it remains a supply side intervention.

The guarantee for bank lending to the MSME sector, its largest and most applauded part, best demonstrates the unbalanced nature of the package. Though important in terms of employment, the sector is dependent on the rest of the economy for its market. Unless the rest of the domestic economy is revived, the MSME sector may face a shortage of demand, and its production may soon sputter to a close.

It is for this reason that an economic package for the economy emerging out of the lockdown requires a stimulus enhancing demand across the economy. The best way to have done this would have been to spend on infrastructure. Infrastructure spending uniquely creates structures that raise productivity and extends spending power to the section of the population most affected by the lockdown, namely daily wage labourers. The crucial difference is that while liquidity infusion in the form of credit is an input made available, a stimulus is an injection into the income stream. The substantial increase in the allocation for the Mahatma Gandhi National Rural Employment Guarantee Scheme is a stimulus all right, but cannot, by itself, make much difference.

The lockdown has lowered aggregate demand, and a fiscal stimulus is needed. However, much of what we have seen by way of a policy response is something akin to a “backstop” in finance. This is unequal to the task of reviving an economy that has experienced a shock valued at around Rs 28 lakh crore, the estimated direct loss of output during seven weeks of lockdown. Only a fiscal stimulus of approximately Rs 20 lakh crore could have achieved this in relatively quick time.

Many observers, including this writer, had imagined the package announced on May 11 to be just that stimulus. We have been proven wrong. The conclusion is that the government is keen on signalling fiscal prudence by sticking as far as possible to the deficit in the budget announced. We can now see that behind the finance ministry’s announcement last week that it is raising the public borrowing limit for the financial year is the reality that the government’s revenues are set to fall behind its expenditure, and not any preparation for the stimulus to come. This is mere rearguard action rather than acting on the imperatives of the present.

Now that the government’s package is unpacked, we may surmise that the adverse economic impact of the lockdown will last longer than the lockdown itself. This because of the likely presence of hysteresis effects in market economies, whereby low output today depresses production for some time into the future. The missing plan for economic revival is a governance failure. By declaring the lockdown, the State took away access to livelihood. Even if this was done to save lives, the social contract behoves the State to restore the livelihoods lost. 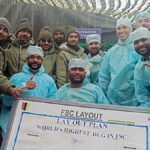