Air India has opened bookings for the second phase of 149 repatriation flights under the government’s Vande Bharat Mission to bring back Indians stranded in 31 countries from May 16.

The second phase will have more than double the 64 flights to be operated during that first phase that will end on May 15. More than 8,000 Indians have been flown back so far in the first phase, mainly from West Asia, in flights operated by Air India and its subsidiary Air India Express.

The airline will be operating to more than 30 destinations in the second phase.

Most of the flights will land at Delhi’s Indira Gandhi International Airport. The second phase will also see the use of more feeder flights at the destination countries and within India. 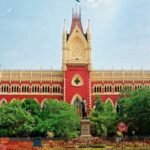