Turning to poetry and addressing Modi as ‘saheb’, Imran shared the photo and wrote, “Blood is left on the stones. The blood was left scattered. Their screams were lost in the whims. The daughters were left in the way! Is there anything for these poor people in that multi-million relief package or not?”

The same photo is also used by Congress leader Alka Lamba as her
display picture on Twitter. 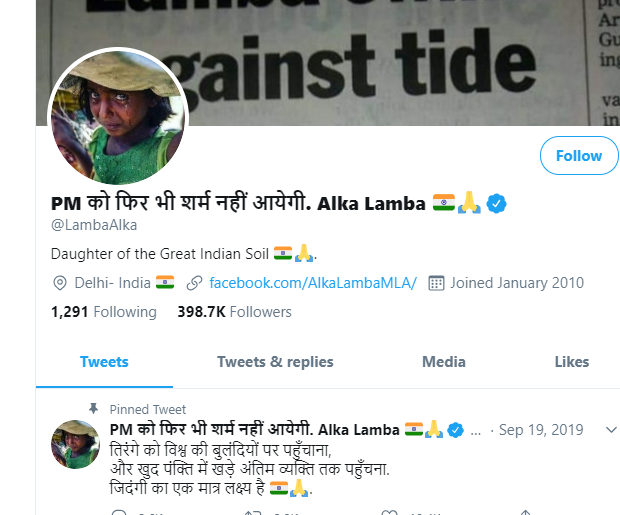 The photo is of a Rohingya girl. It’s an old photo from 2017 that has nothing to do with India. It was clicked in Bangladesh.

Titled ‘
10 global hotspots for major human rights violations in 2017’ and authored by Sam Meredith, the story carries the photo in question as its lead image.

The image is credited to Paula Bronstein from Getty Images and captioned as “A Rohingya girl cries as refugees fleeing from Myanmar cross a stream in the hot sun on a muddy rice field on October 16, 2017 near Palang Khali, Cox’s Bazar, Bangladesh.”

Times Fact Check has found that a 2017 image of a Rohingya girl fleeing Myanmar has been used by Imran Pratapgarhi to criticize PM Modi with insinuation that it is from India.