A view of the Dri river flowing through Upper Dibang valley. Photo: goldentankin/Flickr, CC BY 2.0

The forest advisory committee (FAC) of the Indian government’s Ministry of Environment, Forest and Climate Change (MoEFCC) has dismissed numerous representations that warned against irreversible damage to ecology if the contentious 3,097-megawatt Etalin hydropower project comes up as proposed in Dibang Valley of Arunachal Pradesh in India’s northeast region.

The FAC that considered the project during its meeting on April 23, as per the minutes, accepted the report of its subcommittee that allowed the project but posed several more questions to the Union power ministry regarding economic viability and high tariff of power from the project.

The forest panel neither used the term “recommended” nor “deferred” for the project, leaving the fate of the highly debated project undecided, for now.

The minutes of the April meeting, released on May 12, come soon after a group of 26 scientists and researchers from 14 different institutions on May 5 peer-reviewed the wildlife conservation plan prepared by the Wildlife Institute of India (WII) and found considerable deficiencies, contradictory claims and scientific biases which have compromised the quality and the veracity of the findings and conclusion in the plan.

The review had stressed that the entire study was conducted in under five months from February to June 2018 and thus cannot be considered a ‘multiple seasonal replicate’ study and does not represent three seasons in Arunachal Pradesh with distinct rainfall and weather patterns. It also said that birds were surveyed by WII outside the breeding season, significantly reducing detection rates and the report underestimates the study area’s biodiversity values and the project’s impacts, particularly on range-restricted, threatened and endemic species.

Aparajita Datta, a senior scientist with the Nature Conservation Foundation and co-chair (Asia) – IUCN SSC Hornbill Specialist Group, said that Arunachal Pradesh is among one of the richest regions globally for bird species.

“In Dibang Valley, according to a recent report (State of India’s Birds which is based on citizen science data), there are 450 species recorded. There is also high richness of riverine birds. What is amazing is that the WII study itself has recorded 230 species in the impact zone of the Etalin hydroelectric project. Unfortunately, these findings are ignored and the considerable impacts on birds in terms of direct loss of critical nesting and foraging habitat through the loss of trees/submergence of habitat and other forest land required for the project is not evaluated,” Datta, who was among the 26 scientists, told Mongabay-India.

She stressed that if the habitat (with nearly 280,000 trees and other vegetation) is lost, birds will be directly impacted including the cavity-nesting species and the direct loss of the habitat/trees and submergence would reduce the population of birds in the region.

About 56% of India’s bird species found in project region

The Etalin project was first envisaged in 2008 and it has always been a controversial one. It is proposed to be developed as a combination of two run-of-the-river schemes and involves the construction of concrete gravity dams on the Tangon and Dri rivers. It involves diversion of over 1,150 hectares of forest area which is classified as an “inviolate area” as prescribed by the environment ministry. The inviolate forest area is an area where no developmental project is allowed.

The project area falls under the “richest bio-geographical province of the Himalayan zone” and “one of the mega biodiversity hotspots of the world”. WII’s study of the proposed project area showed records of 413 plant species, 159 species of butterfly, 113 species of spiders, 11 species of odonates, 14 species of amphibians, 31 species of reptiles, 230 birds species and 21 species of mammals.

Once the project gets forest clearance from the MoEFCC, it would result in the felling of over 270,000 trees.

The project has been awaiting forest clearance since 2014 and since then it has been discussed by the FAC several times.

In its previous meeting in October 2019, the forest panel had directed for a subcommittee of FAC to visit the area and give a report. The subcommittee of the FAC visited the area in February 2020. In its report after the visit, released in April, the subcommittee noted that due consideration for wildlife conservation has been addressed in the mitigation plan and said that “the project may be allowed subject to the condition that the financial outlay of wildlife conservation plan be deposited to the forest department by user agency.”

When the news articles about the report of the subcommittee were published last month, it came under heavy criticism for ignoring concerns regarding wildlife. Numerous representations were also sent by experts and environmentalists to the FAC to reject the project.

The subcommittee report was discussed during the most recent meeting of the FAC on April 23, 2020.

According to the minutes of the FAC’s April 23 meeting, which has now been made public, “all the members of the FAC concurred that findings of the subcommittee may be accepted by the FAC.”

The forest panel took note of the large number of representations received through email against the commissioning approval of the project at the proposed location. “All these representations are similar or same in content. These are general in nature and no new detailed scientific, economic or sociological evidence was provided for specific analysis/deliberation,” noted the FAC as per the minutes.

“The FAC members could not come up with sensible reasons for ignoring a large number of petitions against the project,” said Manju Menon, a senior fellow at the Centre for Policy Research. “Rejecting public opinion on the grounds that these voices are saying the same thing, is shocking, to say the least. It shows how undemocratic the forest governance regime is. The FAC’s acceptance of WII’s mitigation plan for biodiversity loss puts their expertise also into question. How can WII recreate the rich ecological relationships in this global biodiversity hotspot?” questioned Menon.

“The FAC’s lines of inquiry are seriously outdated. They don’t seem to be concerned at all that we are in the age of mass extinctions. We all better be very concerned about what’s going on in the FAC,” Menon told Mongabay-India.

However, the FAC neither used the term “recommended” nor “deferred” for the proposal, which are usually the outcomes for projects considered in these meetings.

Instead, the FAC observed that “it would be prudent that the inputs of the nodal ministry e.e Ministry of Power, Government of India, may be sought with respect to its stand regarding implementation of this project.”

Once the forest committee recommends clearance or rejects the proposal, a final decision on it is taken by the MoEFCC. At this point, based on the revelations from the latest meeting, the project is yet to reach the stage as many more questions are now raised and it is unclear when it will be reconsidered by the FAC at a later stage.

Nandini Velho, a researcher working in Arunachal Pradesh, said that the FAC decision includes a requested input from the power ministry about the financial viability of the project and this requires the FAC “to reflect upon its own mandate of considering impacts of diversion of forests for non-forest use.” She stressed that there is unequivocal evidence among government and non-government institutions about local, regional, national and global uniqueness of Dibang Valley for biodiversity.

“While it is somewhat positive that an outright clearance has not been given, we hope in the next stage the FAC will take corrective action and follow its own mandate of safeguarding our ecological security. In the case of Etalin, it is really a case of interrogating its own factsheet critically,” Velho told Mongabay-India.

Questions remain about high tariff and economic viability of the project

The FAC sought the power ministry’s inputs given that the project is delayed by over six years and the country’s energy plan might have changed during this period. “Large number of hydroelectricity projects are pending for environmental/forest clearances, and inter-se priority may be considered in view of minimising cumulative adverse impacts of the projects to be implemented in a given period of time in a given area,” noted the FAC while also emphasising on the high tariff structure of the project when it first came to them in 2014.

The estimated cost of the Etalin project is about Rs. 252.96 billion (Rs. 25,296.95 crores). The MoEFCC’s Expert Appraisal Committee (EAC) for River Valley and Hydroelectric Projects in its meeting in January 2017 had recommended the environmental clearance to the project. It is being developed by the Etalin Hydro Electric Power Company Limited which is a joint venture company of the Jindal Power and Hydro Power Development Corporation of Arunachal Pradesh Limited (HPDCAPL).

In a recent news report Jindal Power’s Chief Executive Officer Bharat Rohra expressed that the project doesn’t look like an attractive investment in the current situation and emphasised the need for policy support from the government to make the project viable and draw investors. Mongabay-India had sent a query to the company regarding the economic viability of the project but the company is yet to respond.

Meanwhile, the expert forest committee also sought clarification from the power ministry on whether it “wishes to consider the project for approval in its present form or some other decision on the project has been taken.”

The FAC said that the Arunachal Pradesh government shall submit a cost-benefit ratio analysis for the project and details of the forest area that the FAC’s subcommittee had recommended to be reduced.

“The area is rich in bird life (230 bird species have been recorded by WII.)  State government will, therefore, review if trees marked for felling could be left as such, at least in the reservoir area, as dried trees could also be used as bird habitat,” said the FAC.

“Only a small subset of birds (waterbirds and some raptors) could potentially use such dead/dry trees in the future for perching and/or nesting. That can hardly compensate for the direct loss of forest birds and their forested habitat,” Aparajita Datta said.

Development of hydropower in India’s northeast region has been on the agenda of the central government for years. Arunachal Pradesh, for instance, has an estimated hydropower development potential of about 50,000 MW. However, not even 10-20 percent of the potential has been realised so far as there are concerns about the impact on the biodiversity-rich forest areas in the state.

The forest panel further noted that as this is a large-sized project in the Himalayas, the inputs of IA (Impact Assessment) division of the environment ministry on whether the environmental impact of the proposed project and mitigating measures have been considered, will be obtained. The FAC also said that the inputs from the MoEFCC’s wildlife division and the National Tiger Conservation Authority are not available.

It said that the wildlife division be requested to submit their comment in consultation with the NTCA while taking into account the report of WII.

On this, environment lawyer Ritwick Dutta said, “given the fact that the FAC had sought the opinion of the NTCA, it is important for the NTCA to commission a fresh four-season study for tigers and other species.”

“The FAC has now sought the opinion of the NTCA and one can hope that the NTCA speaks like an authority and in the long term interest of tiger, its habitat and co-predators and prey and not a subordinate office of the MoEFCC,” Dutta told Mongabay-India.

This article was originally published by Mongabay. 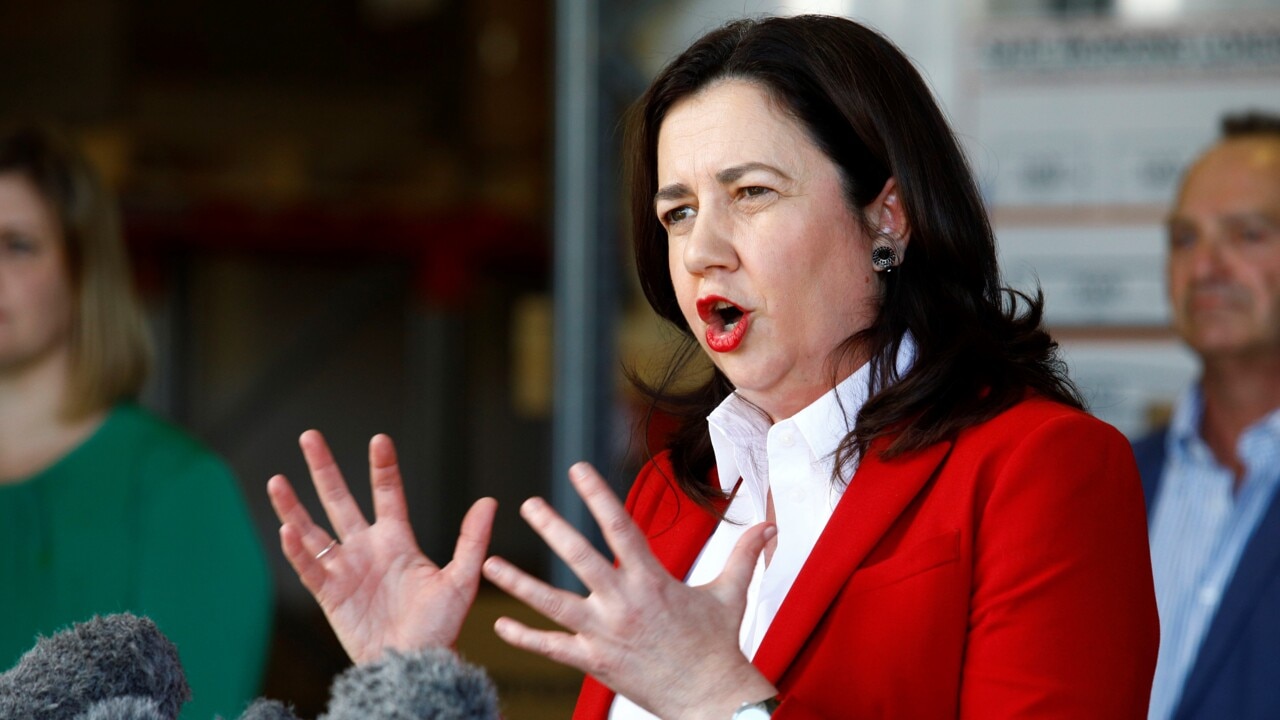 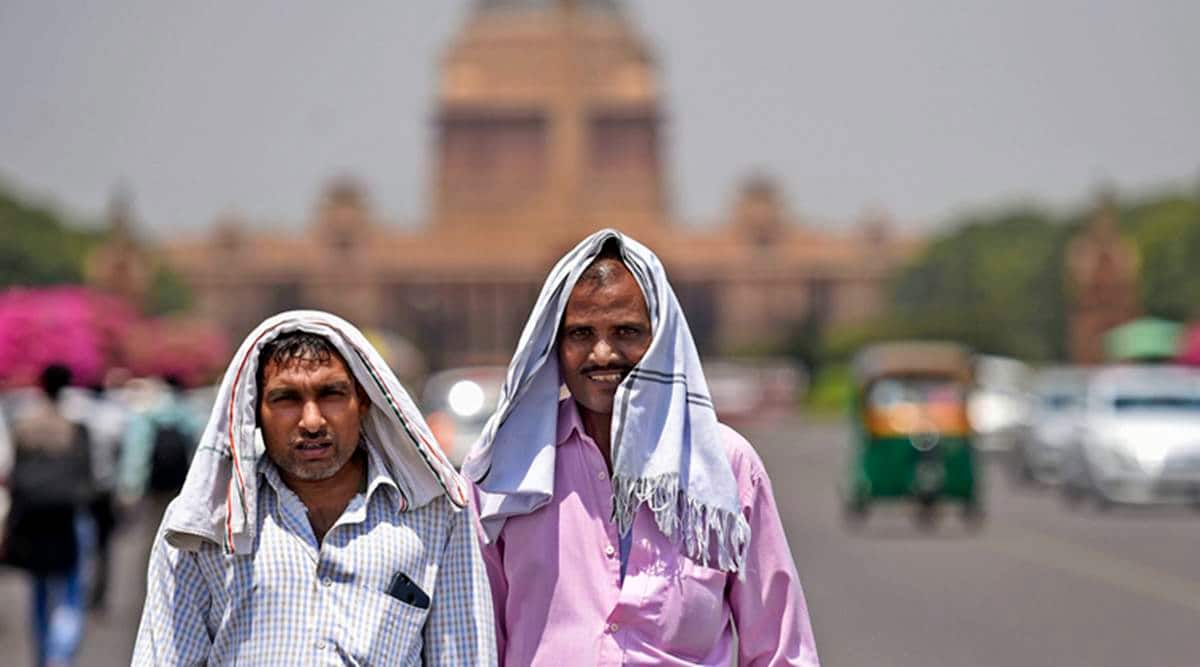 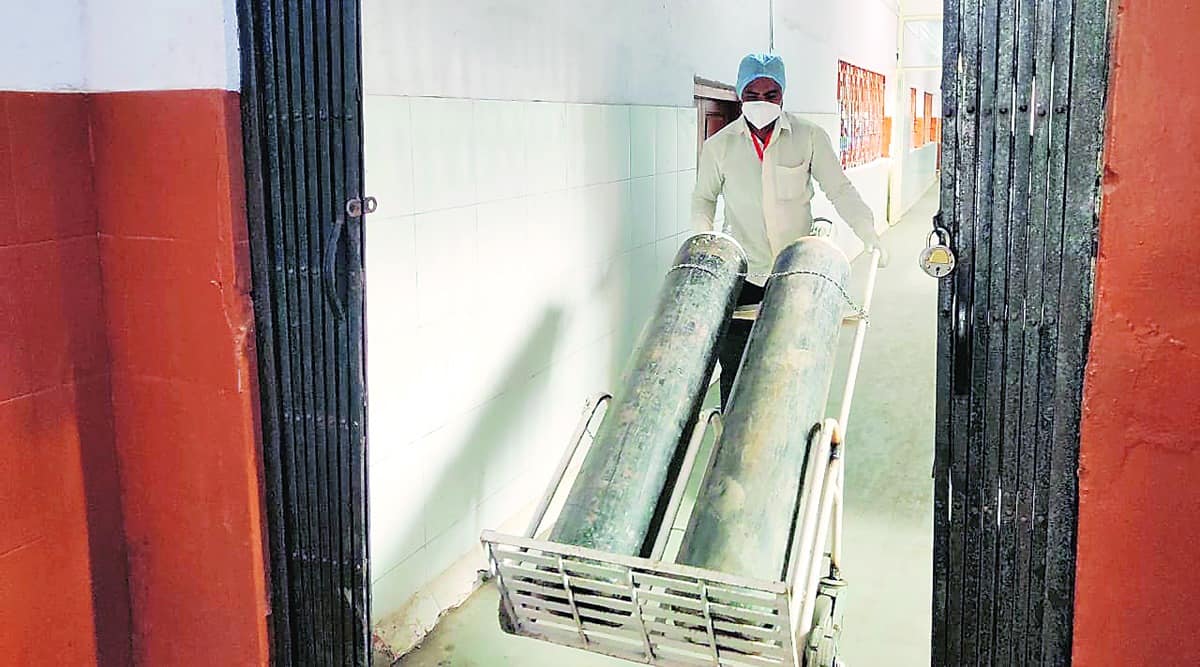 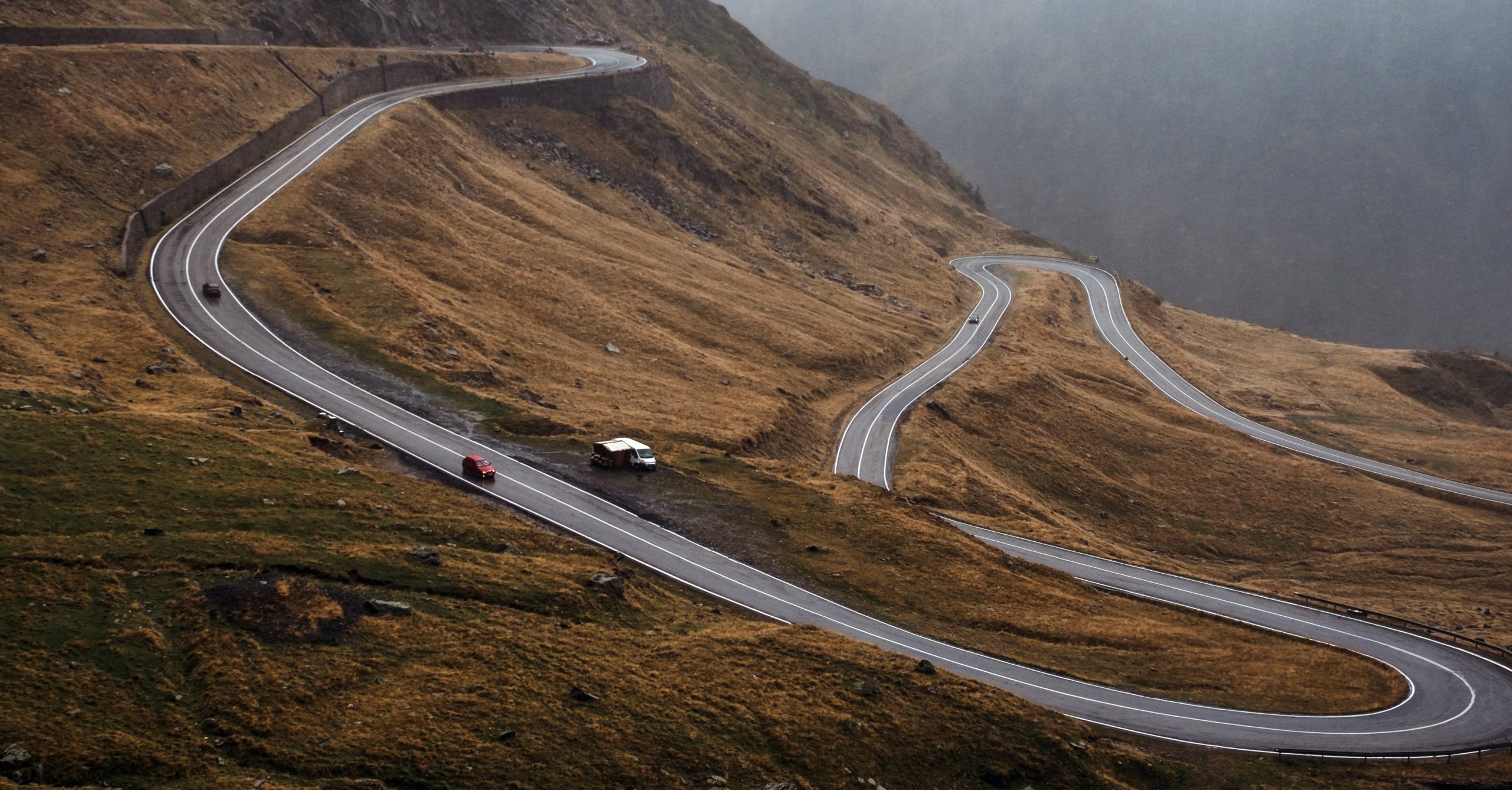