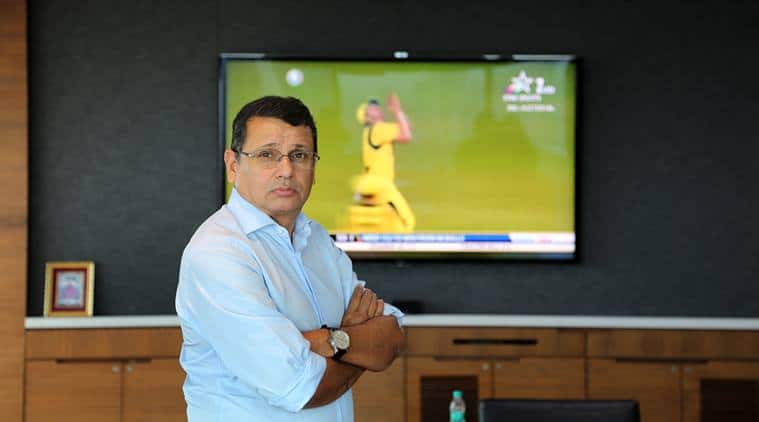 Splicing clips of animated fans on the edge of their living room couch with on-field action during live telecast will be one of IPL’s major innovations as BCCI, like others around the world, prepares to come to terms with the eerie silence of empty stands and life post COVID-19 lockdown.

While the European football leagues flirt with the idea of CGI fans and cardboard cut-outs to liven up games played behind closed doors, Star wants to keep it real in case IPL Season 13 takes place later this year.

Read |From cricket to athletics, how Covid-19 has hit the sporting world and will change it

So, will it mean cameras entering homes?

Uday Shankar, chairman Star and Disney India, replies with a counter question. “Why will I need camera? Everyone has a phone and camera. I just need to source them. We’ll have to start thinking differently, it’s a creative challenge,” he tells The Indian Express.

IPL rights-holders Star, with an investment of close to Rs 30,000 crore in cricket, telecast most of India games and ICC events like the World Cup. Despite a lot riding on live sports, Shankar, early in the interaction, gives out the disclaimer that the IPL should take place only when it’s safe.

However, of late, with chances of the October-November T20 World Cup in Australia looking bleak, there is a buzz in the BCCI about the possibility of an autumn IPL.

Shankar has also been thinking of this eventuality. He concedes that the “presence of audience at the ground does help to create an atmosphere” but its absence isn’t a big concern. He says, “We will figure out ways of creating and enhancing the atmosphere through graphics, audio, sound.”

While these special effects have always been part of IPL, it’s the missing faces in stadium that has forced Star to come with an out-of-the-box plan. “Whenever you’re watching a tense moment at home, do you not have a very intense expression on your face? So, all we need to do is capture it. So, you can be at home but you can also be on television,” says Shankar, who says that had this situation come up 20 years ago when there were no broadband and smartphones, it would be a challenge. “Today, it’s happening at a time when we’re ready.”

Working from home for the last couple of months, Shankar says he has become more focused. According to him, adaptability is a very undermined quality and he says history has shown him that society is always open to try new things. “It is the business and the experts who are more stuck in their ways. I think people are far more open than we give them credit (for),” he says.

Giving the example of the launch of Star’s streaming platform Hotstar he says, “There were a million people who told me: ‘What are you doing? The experience of live sports on a small mobile phone, this doesn’t work. This tiny three-inch mobile phone, you will never be able to feel it, cricket is played with a small ball.’ I got all kinds of theories. And the rest, as they say, is history. More than 100 million people come to watch one game on Hotstar now.”

Shankar doesn’t see a problem with the participation of foreign players in IPL. “Earlier, they used to come five days in advance; now they will have to come two weeks before the game. They can be quarantine and be more careful.”

ALSO READ | ‘Everyone has a camera phone, I just need to source them … You can be at home and on TV’

Even the England cricket template for a restart, that has constant tests and isolation for players doesn’t seem like a big hurdle for the Star chief. “It will be a challenge and we are required to deal with it for the first time. But it will get easier. Look, on Day 1 of the lockdown, even using sanitiser and mask was a big disruption. I heard so many people say that they were not able to breathe properly, now everybody is wearing masks. We will get used to it.”