A man wearing a face mask sits near closed shops, during the ongoing COVID-19 lockdown, in Beawar, Sunday, May 03, 2020. Photo: PTI

India is witness to the biggest lockdown of people in the world, since it was announced. As many as 1.3 billion people were confined to their homes to contain the spread of the novel coronavirus disease (COVID-19). After the two phases of lockdowns ended, government officials claimed significant achievements were made.

One of the most significant gains, according to them, was cutting the chain of transmission as they say the doubling rate — the number of days in which the cases double — has gone up.

Lav Agarwal, a joint secretary at the Union health ministry (MoHFW), who holds daily pressers, claimed several times that the doubling rate went beyond 12 days. It was at three days, when the lockdown had begun on March 25. But is this really a valid indicator?

“Today, we have more than 45,000 cases. The government said it is an achievement for them, since it is taking [longer] to reach the 90,000 mark,” T. Sundararaman, former head of the health ministry’s National Health Systems Resource Centre, told Down To Earth.

“But you have to look at the baseline figure. It is common sense that when cases are in their hundreds, they double in a fewer number of days, compared to several thousands,” he said, adding that there needs to be a check in the number of days every time 5,000 cases were added.

A closer look at the data reveals the number of days in which approximately 5,000 cases were added actually reduced with passing days, indicating the speed of spread has not changed much.

Another way of looking at the progression of cases is a three-day rolling average. The three-day average of number of cases in India is currently at 3,060. The number was at 76 at the beginning of the lockdown, according to Worldometer, a private COVID-19 tracker.

How does India compare to other highly affected countries in terms of this indicator? Among the ten countries that have more cases than the country, all had fewer cases in three days, with the exception of Brazil and Russia, with higher averages of 5,386 and 10,279 respectively.

This calculation did not include Spain, the UK, the US and Italy, as only 10 countries with a prevalence higher than India, in ascending order, were taken into consideration.

“We have flattened the curve,” said Agarwal at a press briefing on May 2, 2020. The numbers stated above do not confirm his claim, with experts doubting it as well.

There were 571 cases when the lockdown was announced, said virologist T Jacob John, adding that the number of cases increased by more than 80 times. “If you expect the number of cases to increase by 100 times, this is certainly good news manufactured in a certain manner,” he said.

“How can one claim that the curve has flattened when the entire nation is under lockdown? This is an artificially created scenario. The real numbers would come when it lifts,” said a senior scientist who works with an institute under the Union Ministry of Science and Technology.

India incidentally remains the only country — barring a few whose status of classification is pending in the World Health Organization list that has more than 45,000 cases — with no community transmission yet.

Another indicator is the recovery rate, which — according to the health ministry’s official briefing on May 5 — stood at 27.41%. The global average is 32%. Peru — a close cousin of India in terms of cases — has a recovery rate of nearly 30%.

How much did we prepare for testing?

By now, it is a cliche to say lockdowns do not help in anything but to prepare in case the infection spreads further in the community once they are lifted. Ramping up testing was one of the most important fronts in which preparation was needed.

The Union government did increase sampling to more than 60,000 a day in the first few days of May from the few thousands in the beginning of the lockdown.

India — with 0.86 tests per 1,000 population — stands at the lower end of the testing spectrum in the world, above only Kenya, Ethiopia, Nigeria, Nepal, Myanmar, Indonesia and Mexico. Even Senegal, Uganda, Zimbabwe and neighbour Pakistan are doing better than India, according to Our World In Data, an Oxford University database.

Testing increased significantly, but testing strategy needs to change, according to Ramanan Laxminarayan, founder-director of the Center for Disease Dynamics, Economics & Policy (CDDEP) at the University of Washington, US.

India so far tested to identify individual cases for containment and to observe the growth of the outbreak, he added.

“Going forward, testing will have to increase significantly but the purpose would be to identify the elderly population who are at risk and to bring them in for treatment. India will probably need about half a million tests a day at that point,” he told DTE.

India picked up about 10% of all infections and half of all symptomatic infections, said Laxminarayan, citing the CDDEP’s estimates.

Government officials, however, refuse to accept that they were testing inadequately. Only 5.7% people tested were found positive to SARS-CoV-2 before the lockdown, said CK Mishra, who chairs one of the 11 COVID-19 groups empowered by the Prime Minister’s Office, in a presentation on April 23.

On April 22, the proportion was nearly the same, at 4.5%, despite an increase in testing. This, he claimed, indicated that the government was not missing out on cases.

But, “this number tells you a very little. The data in India varies dramatically among states,” Steve Hanke, founder and co-director of the Johns Hopkins Institute for Applied Economics, Global Health and the Study of Business Enterprise, told DTE.

Kerala reported a test positivity rate of 1.91%, while states like Maharashtra and Gujarat have total positivity rates of 7.3% and 7.4% respectively.

All public health experts DTE spoke to, agreed that as the infection spread in the community, it was inappropriate to test only those with:

Tests should be offered to anybody with fever and cough, especially once the lockdown is phased out, setting the stage for cases to spike.

The rapid antibody kits, ordered from two Chinese firms amid much fanfare, proved to be anti-climactic and became yet another issue. The kits arrived after missing three deadlines on April 17. They were subsequently found to be faulty on April 28 after being sent to states with prior validation from the National Institute of Virology.

It was clear that they were meant only for surveillance and not diagnosis, but they were offered as the panacea of all testing ills, said Sundararaman.

“In accepting and rejecting them, India lost a good 15 days when every single day was crucial,” he said. “ICMR was not meant to do procurement, when we have specialised agencies to do that job. It seems we were learning everything while being on the job,” he added.

The government is now back to square one, claiming the Reverse Transcription Polymerase Chain Reaction (RT-PCR) kits — only in use before rapid tests arrive — are the golden standard of diagnosis.

But would relying only on them help? Several firms and government institutes in India prepared antigen-based kits that look for protein of the viruses, said the senior scientist quoted above. “They are cheaper than PCR kits. Of all countries, India — where millions have to be tested — has to explore beyond PCR kits,” the scientist added.

PD Vaghela, the chairman of another empowered group on COVID-19, however, said on May 1, 19,398 ventilators were available, against a projected demand of 75,000 for three months, that were ordered.

There was a requirement of 2.22 crore personal protective equipment (PPE) units, with orders for them being placed as well, mostly with domestic manufacturers.

One would need to know the true number of cases in the country to find out if these numbers were enough, said John.

The level of preparedness appears to be highly variable from state to state, according to Laxminarayan. None of the five most-affected states have released these numbers in the public domain, with the Centre not ready to release the state-wide distribution of dedicated COVID-19 facilities either.

It was not the number of beds or ventilators that will determine outcomes, but instead the quality of medical personnel, said Laxminarayan.

“We can procure a bed at short order. To get a qualified nurse who understands infection control, or a pulmonologist, is not something we can procure in a month. These are long term investments that have either been made a long time ago or they have not,” the CDDEP founder added.

Is India prepared for a peak in the number of cases? The lockdown measures likely prevented the immediate flooding of hospitals, stopping people from obtaining adequate care.

The epidemic, however, is yet to reach its peak in India, which is expected to be around mid-July and early August, according to a group of researchers who studied the landscape of the epidemic in India. Their findings were published in medRxiv, a preprint server for medical research papers.

India, thus, still has around two months to prepare for its worst phase.

This article was originally published on Down To Earth and has been republished here with permission. Athiya Shetty in Rs 1.2 lakh saree is the most beautiful bridesmaid 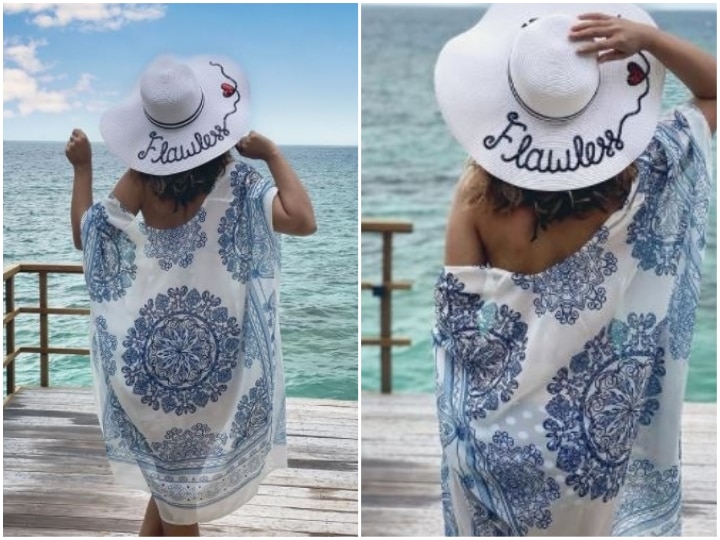 Can You Guess This TOP TV Actress Chilling In Maldives? Check Out Her STUNNING VACATION PICS Here! 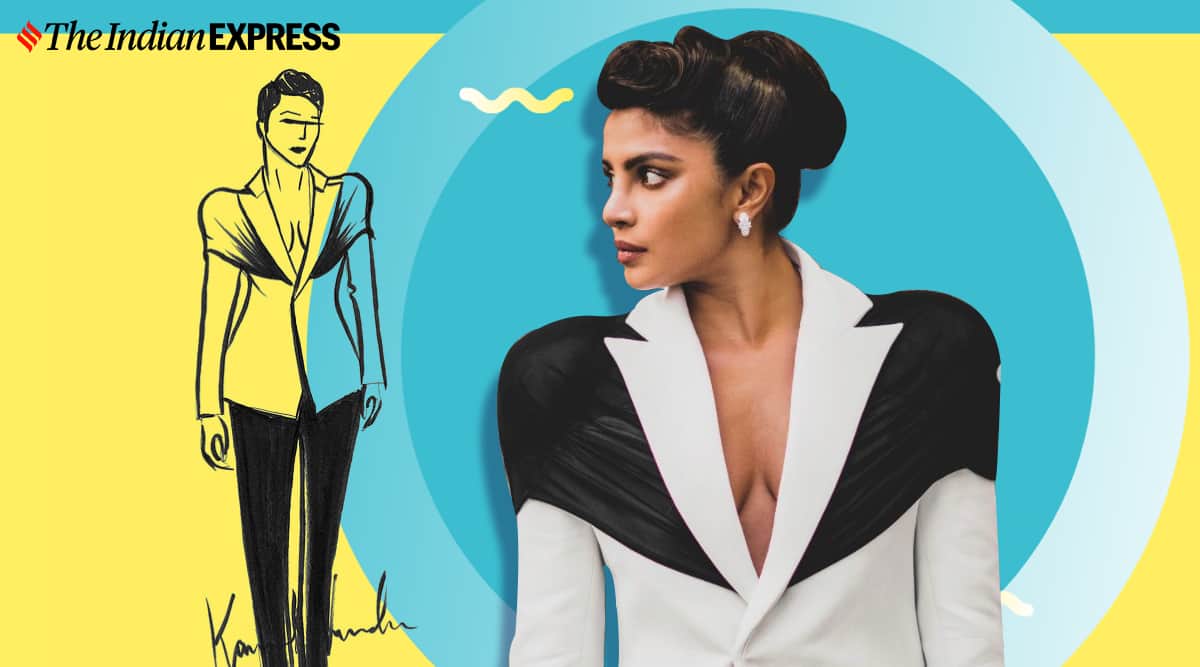 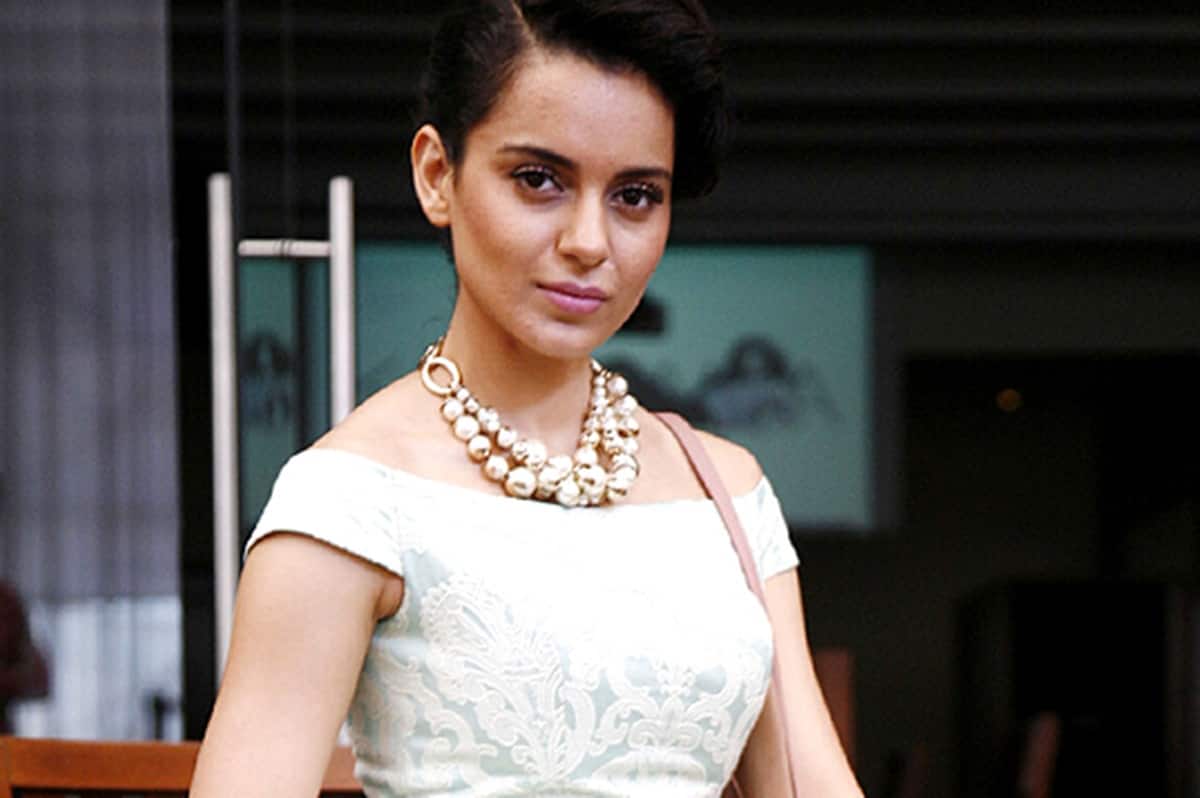