Bengaluru: Two people have been detained and a high-level investigation ordered into the explosion in Shivamogga district which left at least six dead, police said on Friday.

The detained included a contractor of a stone crushing facility where the blast occured when a truckload of gelatin sticks went off, police added.

Karnataka Chief Minister B S Yediyurappa expressed grief over the loss of lives in the blast at the stone crusher facility at Hunasodu in Shivamogga, his home district.

A high-level investigation into the accident has been ordered and stringent action would be taken against the guilty, he said.

He said he had been in contact with senior officials since last night and dispatched teams to carry out rescue operations.

“My deepest condolences to the bereaved family members. I wish a speedy recovery to the injured,” the Chief Minister tweeted.

Meanwhile, the authorities have not ruled out the possibility of the death toll increasing.

“There are rumours that at least 10 to 15 people have died. Let the police complete their investigation,” Shivamogga Deputy Commissioner K B Shivakumar told P T I on Friday.

The sound of the blast, which was initially thought to be an earthquake, was heard in neighbouring Davangere, Chikkamagaluru and Uttara Kannada districts.

In Shivamogga, the effect was severe as some houses developed cracks, roof tiles and window panes shattered into pieces.

The vehicle was badly mangled and the bodies of the victims were dismembered beyond recognition. 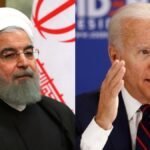