The incident which took place at around 9 pm on Monday was captured on camera and showed a woman identified as Munni Devi being beaten up by the policemen while her daughter Soni tried to shield her. 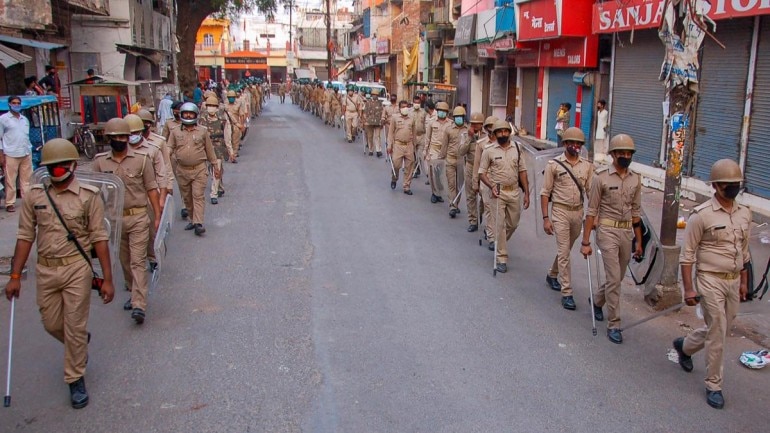 Two Delhi Police constables were sent to district lines after a video of them thrashing a woman with a lathi surfaced online, police said on Tuesday. Constables Sanjeev and Jaichand were posted at the Shastri Park Police Station in northeast district, they said.

The incident which took place at around 9 pm on Monday was captured on camera and showed a woman identified as Munni Devi being beaten up by the policemen while her daughter Soni tried to shield her.

According to police, the constables were patrolling the area when they received information about some people raising unauthorised shanties on government land near Bihari building in northeast Delhi.

Upon reaching the spot, the policemen asked the group to stop the “illegal activity” but Devi along with others began abusing the constables, police said.

Deputy Commissioner of Police (northeast) Ved Prakash Surya said despite being asked to stop the activity, the group carried on and when the police personnel made a physical intervention, constable Sanjeev, who is the beat officer of the area, was attacked.

He was physically assaulted and his uniform was torn by the crowd forcing him to call for back up, he said.

In the incident, Devi and her daughter Soni along with Sanjeev sustained injuries, he said, adding that both the constables have been sent to police lines and an inquiry into the matter has been initiated.