Since romping home to power for a second successive term on May 30, 2019 post a landslide win in the General Elections, the PM Modi-led NDA govt better known as ‘Modi 2.0’, has inked some major game changing defence deals to equip, modernize and bolster the armory and arsenal of the armed forces. 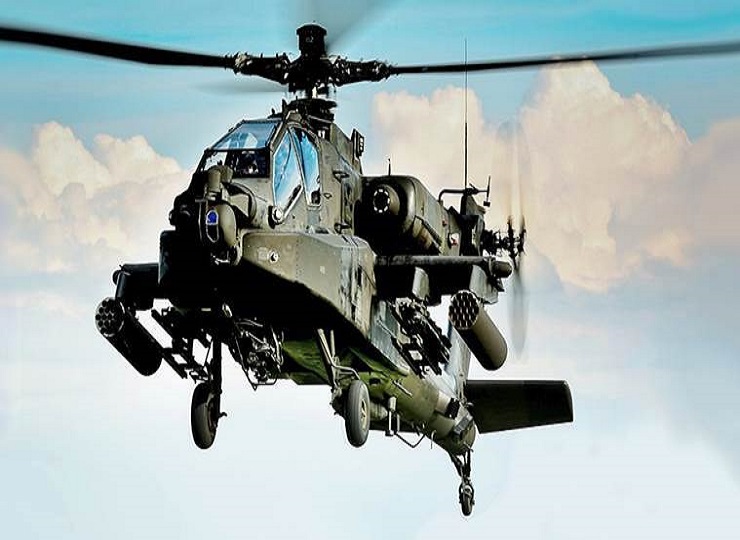 One of the cornerstones of the Prime Minister Narendra Modi-led NDA government’s policy framework has been the strengthening and modernization of the armed forces to safeguard and protect the nation from any external threat or act of war from a foreign adversary.

The Modi 2.0 government has been at the forefront in leaving no stone unturned to strengthen the nation’s defense through its policy of equipping and arming the defence forces with the cutting edge weapon systems and augmenting the military might of the nation.

While the Modi government continues to push and promote its focus on self reliance and indigenization in defence manufacturing and production through its well crafted ‘Make In India’ via public private partnership, it has also been proactive in inking major deals to purchase state-of-art and the best-in-class weaponry from the world leaders nations like the United States, Israel, Russia in defense and security system.

Since romping home to power for a second successive term on May 30, 2019 post a landslide win in the General Elections, the PM Modi-led NDA govt better known as ‘Modi 2.0’ in political parlance, has inked some major game changing deals to equip, modernize and bolster the armory and arsenal of the armed forces.

The ‘Modi 2.0’ Sarkar has a holistic and long term vision to add muscle and teeth to all the three arms by purchasing attack helicopters, anti-aircraft missiles, rifles and light machine guns

Here are some of the major defence deals signed by Modi 2.0 government during its one year of completion at office –

The multi-billion helicopter deal will prove pivotal in enhancing the aerial combativeness and surveillance capabilities of both the Indian Navy and Indian Army.

The MH-60R Romeo helicopters built by Lockheed Martin will replace India’s old fleet of British-made Sea King choppers. The MH-60 Romeo choppers will be acquired by the Indian Navy after several failed attempts to replace their aging Sea King fleet. The Apache helicopters are replacements for the Russian origin Mi-35s and are known for their ability to take down high-value targets.

“A contract has been signed with Russia for the acquisition of R-27 air-to-air missile to be fitted on the Su-30MKI combat aircraft fleet of the Indian Air Force,” government sources said.

The R-27 missile is designed to destroy air targets in adverse weather conditions at any time of day.

On March 19, 2020, the Indian Armed Forces operating under the Ministry of Defence signed a Rs 880 crore agreement with the Israel Weapons Industry (IWI) to procure 16,479 Negev Light Machine Guns (LMGs).

The Light Machine Gun (LMG) is a very important weapon used by the infantry troops of the Indian Army deployed at the forward post along the Line of Control (LoC) and International Border (IB) to carry out fire assault on enemy posts, bunkers and vantage points as and when the conditions deem such an action to be taken.

First introduced by Israel Weapons Industry in 2012, the Negev NG-7 7.62×51mm is in service with the Israel Defense Forces and several other militaries around the world. With a barrel length of 508 mm, the LMG can be fired in the semi-automatic and fully automatic modes as well be used to lob grenades.

Just after 50 days of completing its second term in office post winning the 2019 Lok Sabha elections with a thumping majority, the Modi government swung into action to fulfill its commitment on strengthening the defence forces by spending Rs 8,500 crores in procuring missiles such as the Spice-2000, Strum Ataka ATGMs and a large number of spares under the emergency procurement route.

After the barbaric attack carried out by Pak-backed terrorists on security forces in Kashmir’s Pulwama, the Union government had vested emergency powers to the three services to buy whatever equipment is required by them for safeguarding the borders with Pakistan.