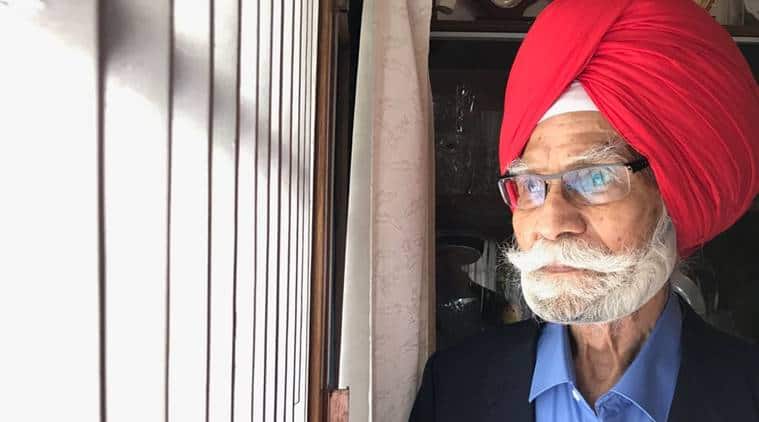 At our peak, four Balbir Singhs played together for India in one team at a tournament in Madrid – the ones from Railways, Punjab Police, Randhawa and me. For each one of us, the aim was to make our name for the country. But we always knew our name would come after Balbir Singh Senior.

I first saw him play at the National Championships in Jalandhar in 1956. I was 11 and part hundreds who had packed the stands. I had just started playing junior-level hockey and would watch in astonishment how Balbir Singh Senior would march into the ‘D’ by dodging the defenders all by himself.

I would tell my friends to watch his footwork and agility – I still wish there were more videos of him for youngsters across the world to see why he was the best player in the world inside the ‘D’. His biggest strength was to adjust his body position depending on how the goalkeeper was positioned. He knew how to balance his body and execute a shot from difficult angles and minimum space. That made him a goal machine.

Years later, when I worked with him (I was the coach and he was the chief coach of the national team) I asked if he felt people were right in saying that players like Udham Singh and KD Singh Babu were much better than him in terms of technique and skills and it was them who made him look good.

He looked at me and said, ‘Bali, their strength was their skills in the midfield. Their job was to provide me with the ball in the ‘D’. And as a centre forward, my task was to take the ball, dodge the defenders and score the goal. They did their job and I did mine. If anyone of us would have failed, India would not have got the goals. So the talks of they made me or I made them do not make sense.’ Those were the thoughts of Balbir Singh Senior!

However, I have played under him during the camp for the 1971 World Cup scheduled to be held at Lahore which was later shifted to Barcelona. We played one match in Jammu as part of Indian camp and a lot of us in the team were in awe of him but since he was so modest and humble, he ensured the atmosphere in the changing room remained comfortable.

In later years, I became the coach of the team and he was the manager. We shared rooms whenever we travelled. Once, during the 1982 Champions Trophy in Amstelveen, the Netherlands, he woke me up in the middle of the night to share his thoughts on an upcoming match and a particular player. He was obsessed. We finished third in that tournament and four months later, won the silver at the 1982 Asian Games, where we lost to Pakistan in the final.

As a coach-manager combination, we had our differences. But it was never personal. During the Esanda Cup in Melbourne in 1982, I asked Balbir Singh Senior to accompany me to the Olympic Stadium, where India had won the gold medal in 1956 under his leadership. We spent the evening together and he remembered each minute of the final. He ever showed me the spot from where Randhir Singh Gentle scored the winner against Pakistan in the final.

One day in the late 1990s, he called me out of the blue and said if I was ready to get into the coaching mode once again, he, too, would consider coming back for the betterment of Indian hockey. He was above 70 at that time and retired for quite a few years but his passion for Indian hockey was still undiminished. It stayed like that forever.

I feel very lucky to share my name with him. There may have been six Balbir Singhs who have played for India. But there will always be one Balbir Singh Senior.

(Balbir Singh Kular was a member of 1968 Olympics bronze medal-winning team and a former India coach. He spoke to Nitin Sharma).