UNITED NATIONS: UN Secretary General Antonio Guterres has expressed sadness over the loss of lives and destruction in India and Bangladesh by Cyclone Amphan and commended the governments, first responders and communities for their “pre-emptive” work to help people and ensure their safety.
“The Secretary-General is saddened by the loss of lives and destruction as a result of Cyclone Amphan in India and Bangladesh. He extends his deep condolences to those who have lost their loved ones and wishes those injured and affected by the disaster a speedy recovery,” UN Spokesperson Stephane Dujarric said in a statement Sunday.
Guterres commended the governments, first responders and communities for their “pre-emptive work to make people safe ahead of the storm and to meet their immediate needs afterwards”, saying the UN stands ready to support these efforts.
The Secretary-General expressed solidarity with the people of India and Bangladesh as they face the impact of a devastating cyclone while also responding to the impacts of the COVID-19 pandemic, the statement said.
Prime Minister Narendra Modi on Friday announced an advance interim assistance of Rs 1,000 crore for cyclone-hit West Bengal on Friday.
In a video message after reviewing the situation with Governor Jagdeep Dhankhar and West Bengal Chief Minister Mamata Banerjee in Basirhat in North 24 Parganas district, Modi also announced an ex-gratia of Rs 2 lakh to the families of each of those killed during the devastation caused by cyclone Amphan, and Rs 50,000 for the injured.
The UN Country Team in India said Cyclone Amphan, which ravaged areas in West Bengal, was considered more destructive than Cyclone Aila, which slammed the region in May 2009.
Amphan hit seven districts badly, namely South 24 Paraganas, North 24 Paraganas, East Medinipur, West Medinipur, Howrah, Hooghly and Kolkata, with damages also reported in the district of Birbhum.
Modi announced an advance financial assistance of Rs 500 crore for cyclone-battered Odisha. He made the announcement after an aerial survey of areas hit by cyclone ‘Amphan’ and holding a review meeting with Odisha Governor Ganeshi Lal and Chief Minister Naveen Patnaik. 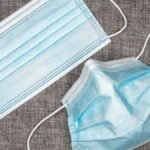