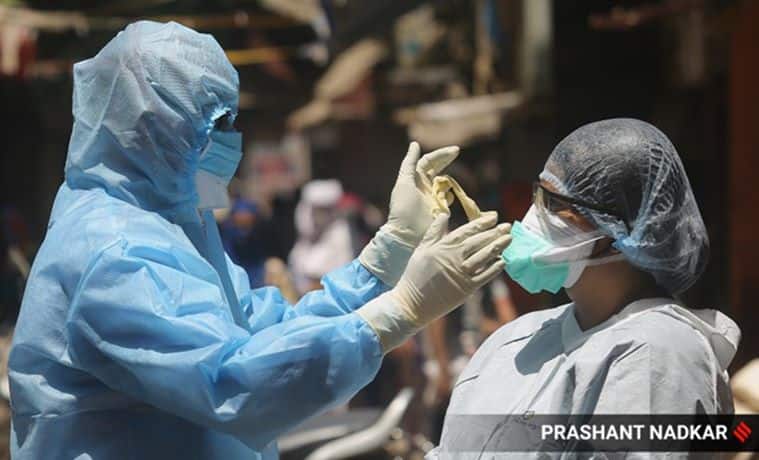 Of the 17 hotspots that are also smart cities, Delhi has spent the most on health-related projects (Express Photo by Prashant Nadkar)

As urban centres struggle to put down the outbreak of Covid-19, creation of health infrastructure seems to be very low priority in projects for 100 cities being developed as smart cities under a central government scheme.

A scrutiny of publicly available data of projects taken up under the Smart City Mission reveals that only 69 of 5,861 projects were for health infrastructure and capacity building — this works out to a little over 1 per cent of total projects selected since 2015.

The government launched the Smart Cities Mission in 2015 for a five-year period, selecting 100 cities in four rounds. “Health and education” form one of 10 “core infrastructure elements” of a smart city as envisioned by the Centre. But in terms of spending, they seem to be very low priority.

Of the 30 municipal areas that the government has pinpointed because they account for 79 per cent of the country’s Covid cases, 17 are smart cities. Only seven of these 17 smart cities have chosen to use the Mission’s funds in a project directly related to health.

They together had only 11 projects on health from among 674 total projects sanctioned in these 17 cities. Some of the largest hotspots — Bhopal, Thane, Surat, Chennai, and Jaipur — have not listed any health-related project in their Smart City plans.

Surat has spent most on water supply management, Thane on transportation, and Chennai on electricity.

Of the 17 hotspots that are also smart cities, Delhi has spent the most on health-related projects – Rs 34.75 crore on building healthcare systems such as digital records and virtual medical services.

While two sectors — ‘environment including pollution’ and ‘solid waste management’— have got a share of investment equal to ‘health and education’, there are three sectors — storm water drainage (2.2 per cent); non-motorised transport and walkability (2.1 per cent); and safety and security (1.9 per cent) — which have received less.

Even those within the Ministry of Urban Development (MoUD) say a new refocusing post-Covid may be necessary.

“I have been seeing all 100 smart city proposals,” said Hitesh Vaidya, Director of National Institute of Urban Affairs (NIUA), the research body of MoUD. “Cities define what smartness they want, and health did not figure as prominently. The major focus was to make a city economically vibrant, but now with Covid-19, we will realise that you can only be an economic engine if your people are healthy.”

Another official at the Mission said “health was never that kind of priority as such, but all of that will change. Cities can re-orient their projects and that has begun to happen.”