ISLAMABAD/ PAKISTAN: Pakistan government has constituted an investigation team to probe the airplane crash in Karachi that claimed the lives of 97 passengers on Friday.
According to Dawn, the probe would be headed by Air Commodore Muhammad Usman Ghani, President of the Aircraft Accident and Investigation Board.
The investigation team would exercise powers conferred under Civil Aviation Authority rules 1994 and will submit its report to the division within the shortest possible time, according to a notification issued by the Aviation Division.
Earlier, the Pakistan Airlines Pilots Association (Palpa) had demanded a thorough investigation into the aircraft crash by involving the association and international bodies.
The A320 Airbus was carrying 91 passengers and 8 crew members from Lahore to Karachi on PK 8303 when it crashed in a residential area near Karachi airport on Saturday. 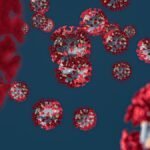