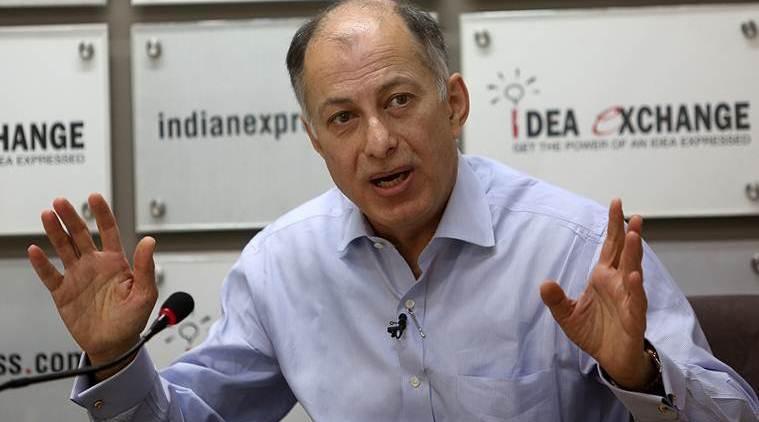 Millions of migrants who had to rush home because of the lockdown could have been helped if the government had accepted a proposal to guarantee loans to companies by banks to fund wages during the lockdown said Naushad Forbes, co-chairman of Forbes Marshall and former president of Confederation of Indian Industry (CII) at an Indian Express E-XPLAINED webinar Wednesday.

Forbes also said that the lockdown could have been organised better if there had been transparent discussion about its planning and if more preparations had been made to allow movement of people.

“I do not know why the first lockdown needed to be announced with four hours notice. That’s what caused a lot of the immediate crisis for many migrant workers because there was a certain mass of people who were trying to try to get on trains and so on to go home,” he said. Forbes also said that the package announced by the government so far has fallen short of the “fundamental need for direct benefit transfers to the most vulnerable in society.”

“They need reassurance that they will be taken care of. The best way they get that reassurance is through a direct benefit transfer that could transfer money into their Jan Dhan accounts on a periodic basis,” said Forbes, noting that it had happened in bits and pieces and that it would have been better if direct benefit transfers are given rather than separate packages providing free food for migrant workers and separate packages for farmers.

Forbes also said that millions of migrant workers who had to travel back could have been helped if the government had accepted a CII proposal that enterprises be given loans at 4-5 per cent interest, guaranteed by the government to allow firms to pay three months’ wages. The Centre has announced a package guaranteeing collateral free loans of Rs 3 lakh crore to MSMEs.

Forbes said that many firms had paid salaries in March and April, but when there was “no end in sight” for the lockdown, companies that employed many people were not going to be able to go further. He added that it was not appropriate to force companies by law to pay people who are not working.

Forbes said there was a need to address labour contracts in the country. “… If you’re formally employed, you have complete protection and almost no flexibility (for employers), and that covers maybe 10-15 per cent of the total workforce. And if you’re in the 85 per cent that’s informally employed, you have almost complete flexibility (for employers) and all and pretty well no protection.”

He said that decisions by states such as Uttar Pradesh and Madhya Pradesh to simply suspend some labour laws was “knee-jerk”, adding that such moves may create attractive conditions for bad jobs which is not the intention of the state governments.

Forbes said that state governments needed to work on providing labour regulations with a balance of protection for workers and flexibility for employers. “Let states get that balance. Let states compete, on tweaking the balance of protection flexibility. I think we can,” he said, noting that when they compete, states should not compete in a race to the bottom with no laws.