While the coronavirus pandemic wreaks havoc across much of the globe, political and business leaders are already starting to think about what the world might look like once the worst of the outbreak eases.

Collapsing governments, famine, crushed economies and emboldened extremists are all among the darkest post-pandemic scenarios. Yet even less dramatic outlooks have a gloomy tinge, with political alliances crumbling and economies unlikely to rebound fast enough to blunt the impact of hundreds of millions of lost jobs.

Seams that were opening before the virus emerged are tearing apart faster. U.S.-China bickering about the origins and response to the virus now threaten a trade deal that could help the world recover. A fight over distribution of an eventual vaccine is dividing allies. And the United Nations has been sidelined, while autocratic governments have stepped up attacks on civil liberties.

Hopes that nations might momentarily set aside their differences to combat the coronavirus have largely evaporated.

“This pandemic is about as close to an asteroid hitting the earth as you can imagine in terms of a common threat,” said Richard Fontaine, chief executive officer at the Center for a New American Security in Washington. “But not only has there been no meaningful cooperation, it’s become just another vector for competition.”

Trade War Fears Are Returning to a Virus-Lashed Wall Street

One of the first fights will be over access to any lasting treatment or vaccine. French officials erupted last week when the chief executive officer of Paris-based pharmaceutical giant Sanofi said the US may get the company’s potential vaccine first because America helped fund the research. Many global leaders contend that any vaccine should be viewed as a “public good,” though inevitably some populations will have delayed access.

Other post-virus fractures are also emerging: The US shunned a Europe-led virtual meeting on May 4 to raise billions of dollars for a vaccine, and the five permanent members of the UN Security Council haven’t been able to agree on a resolution urging a global cease-fire — in part because the US objected to a reference to the World Health Organization, which President Donald Trump says is too close to China.

On a deeper level, there is widespread unease about the Trump administration’s repeated refusals to relent in its maximum-pressure campaign of economic sanctions against Iran and Venezuela, despite the privations suffered by those countries’ people as the virus rages.

As a result, one clear victim of the virus geopolitically will be confidence in the US Under the Trump administration, disdain for international institutions like the UN, the WHO and the World Trade Organization has only been heightened during the outbreak.

The newly aggressive stance — exemplified by Secretary of State Michael Pompeo’s remark that China “has a history of infecting the world” — has some experts believing the US is making a clean break with the pre-virus world, regardless of the results in November’s presidential election.

Many nations, having seen an “America First” response to the pandemic, will be wary of being too dependent on Washington. The world’s biggest economy, home to many top universities and researchers, was unable to secure enough testing and medical equipment to cope with the virus, which has now claimed more than 86,000 American lives.

At the same time, China’s demands for concessions in exchange for badly needed equipment — often of low quality — and its continuing refusal to allow a full investigation into the virus’s origin make it a less appealing option for nations caught between the superpowers.

“The corrosive damage runs pretty deep,” said William Burns, a former US deputy secretary of state who’s now president of the Carnegie Endowment for International Peace. “The pandemic crisis is a painful accelerant of a lot of the trend lines on the international landscape — fragmentation among states, greater tendency to focus on narrow nationalism, aggravation of major-power competition and regional disorders.”

A U.S.-Shaped Void Forces Australia to Stand Up Against China

Other potentially long-lasting damage also has been inflicted. Algeria, which relies on oil for most of its revenue, announced it was slashing its budget by half amid plummeting crude prices. Some experts fear a new wave of economic migrants fleeing from its shores on the Mediterranean to Europe.

The pandemic is expected to wipe out $8.5 trillion in global output and could send 130 million people into the ranks of extreme poverty, according to the UN. Already, more than 100 countries have appealed to the International Monetary Fund for help as the coronavirus eradicates key sources of revenue such as tourism and travel.

Why There’s a Looming Debt Crisis in Emerging Markets: QuickTake

One winner, even if Republican Trump stays in the White House, is big government. More than $8 trillion globally — including about $3 trillion in the US — has already been deployed by governments trying to confront the virus. More will be coming, with the US starting to consider another stimulus package.

With the US still feeling some of the virus’s harshest impacts, China is aggressively trying to shape the narrative about the outbreak with an eye to what comes next. From the earliest days, it moved to silence domestic critics and doctors who spoke up about the virus, and it continues trying to shut down calls from Australia and other countries for an investigation into the pandemic’s origins in Wuhan.

Those actions, under what critics call China’s “Wolf Warrior Diplomacy,” have been so aggressive that several countries — including Nigeria, Kazakhstan and France — have called in its diplomats for complaints.

“Neither China nor the US come out of this looking good,” said Kathleen Hicks, senior vice president at the Center for Strategic and International Studies. “The real issue becomes how do other players weigh those factors, their sense that the US is less likely to lead?”

Those countries are increasingly left with a difficult choice: ally more closely with one of two unappealing options, or seek some distance from both, despite a dependency on China’s cheap manufacturing and US capital.

The US is trying to disrupt its own dependence on China by speeding up a reorientation that would bring critical supply chains back to the U.S., a notion other nations are weighing as well.

“Many countries are waking up the Chinese Communists’ aggressive ‘face mask diplomacy,’ and they don’t like it,” Keith Krach, the US undersecretary of state for economic affairs, said in an interview. “The damage to China’s reputation is irreparable.”

That’s left some countries looking to exploit opportunities while Beijing and Washington are distracted — what former Australian Prime Minister Kevin Rudd called “the coming post-COVID anarchy” in a May 6 article in Foreign Affairs. Chief among them is Russia.

Battling declining popularity ratings at home, President Vladimir Putin has used the chaos caused by coronavirus to deepen his government’s influence in Syria and Libya.

“This is all very convenient for Putin, who is not strong enough to be the main leader but who can play with a wide range of partners,” said Alexander Dynkin, president of the Institute of World Economy and International Relations in Moscow, a state-run think tank. “There won’t be any global leaders for a while.”

Amid the pessimism, however, some believe the notion of dashed US leadership is overblown. Laments about diminished America’s standing in the world have been voiced for decades, and yet the US remains powerful and wealthy enough to reclaim that role, regardless of China’s bid for more influence.

Either way, for poor countries, it’s a terrible moment for the world’s biggest players to be fighting. On Thursday, the UN tripled to $6.7 billion the money it’s hoping to raise to fight coronavirus and its aftershocks compared with what it was seeking six weeks ago, warning that “the specter of multiple famines loom.”

In many countries across Africa and South America, another fear is that the full extent of the crisis isn’t even known. Brazil, where President Jair Bolsonaro has mocked the threat from the virus, has more than 206,000 reported cases and more than 14,000 deaths, numbers seen as underestimates. Yet the government is pressing on with efforts to reopen more sectors of Latin America’s biggest economy. At the same time, Colombia is militarizing its frontier with Brazil to ward off the spread of new cases.

And in Africa, the UN Development Programme’s director for the continent, Ahunna Eziakonwa, has warned of “a complete collapse of economies and livelihoods.” Of particular concern is Zimbabwe, where more than half the population needs food aid and the economy had collapsed even before the coronavirus hit.

“Livelihoods will be wiped out in a way we have never seen before,” Eziakonwa said.

As scenarios like that begin to unfold, what’s becoming more clear is that the world after coronavirus will be much different from the one we lived in less than six months ago.

With the pandemic still spreading fast in many poor countries ahead of the Southern Hemisphere winter, the crisis may force the US and its allies to sideline foreign policy priorities that have shaped Trump’s first term. Issues that seemed significant, such as the “maximum pressure” campaign on Iran or the vilification of the International Criminal Court, may pale in comparison to the virus as its impacts pile up.

“It’s not the US that will choose what it wants to focus on,” said Vali Nasr, a professor at Johns Hopkins University and a senior State Department adviser in the Obama administration. “The coronavirus is going to decide.” 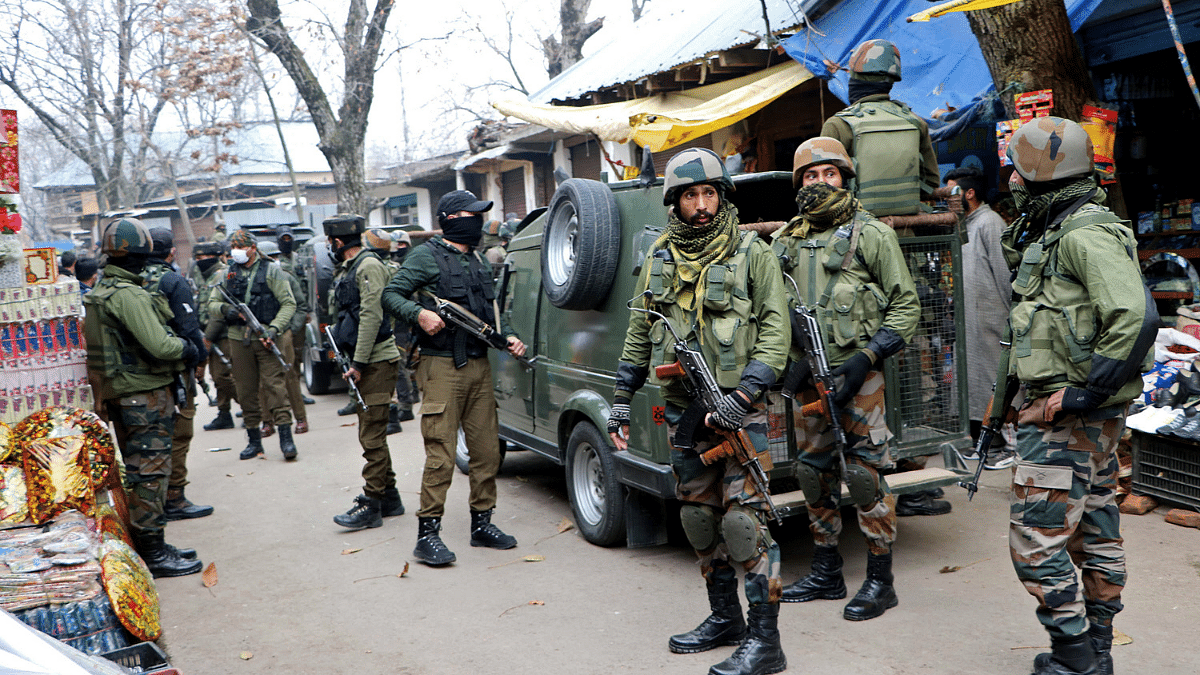 Berlin derby is something we can grab, says Hertha skipper Boyata 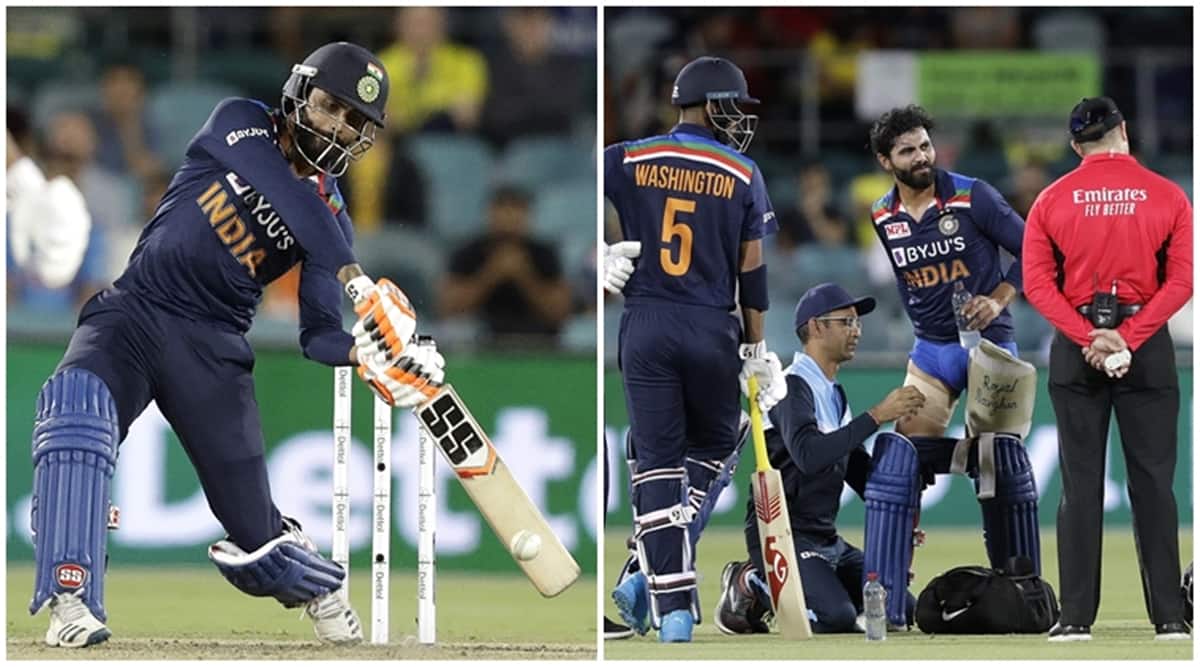 Ravindra Jadeja on a roll: How the southpaw battled pain to lift India in Canberra 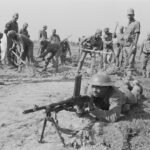