Fugitive businessman, Vijay Mallya congratulated the govt on the COVID-19 economic relief packages and asked why he was not allowed to pay his dues to the banks.


New Delhi: Fugitive business tycoon & former member of Parliament Vijay Mallya has lost his application to appeal in UK’s Supreme Court in the extradition case. In a major development, the UK High Court has dismissed the application.

According to reports, earlier this month, he had filed an appeal in the UK Supreme Court after losing an appeal in the London High Court against an extradition order to India on alleged charges of fraud and money laundering related to unrecovered loans to Kingfisher Airlines.

Meanwhile, among those who seemed happy with the allocation of 20 lakh crore by the Central government for dealing with the pandemic and lockdown is the fugitive King of Good Times.

In a recent tweet Mallya congratulated the govt on the COVID-19 economic relief packages but at the same time wondered why he was not allowed to pay his dues to the banks. In a tweet, he has asked the government to take his ‘money unconditionally and close’ the case.

Congratulations to the Government for a Covid 19 relief package. They can print as much currency as they want BUT should a small contributor like me who offers 100% payback of State owned Bank loans be constantly ignored ? Please take my money unconditionally and close.

Son of Vittal Mallya who was the Chairman of United Breweries Vijay Mallya inherited his place in the UB Spirits. Mallya’s name is most closely associated with now-defunct Kingfisher Airlines. The airline company, launched in 2005 but was grounded in 2012 due to the high debt it had piled on. The lenders began claiming back the money which was loaned, he fled the country.

According to news reports, before leaving the country in 2016, Mallya wrote an open letter defending himself. “All enquiries conducted have failed to find evidence of misappropriation of funds by Kingfisher Airlines or myself,” Mallya said. “Despite pledging blue-chip securities and depositing significant amounts in court, a successful disinformation campaign has ensured my becoming the poster boy of all bank NPAs.” Nora Fatehi makes a rare fashion faux pas in this ensemble; check it out 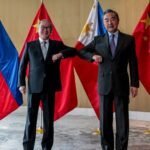